It’s said that when launching a new ship, it’s bad luck if the ceremonial bottle of champagne doesn’t break. Well, if the ship in question is Typographica’s long-awaited redesign, then there is no need to worry, because this list — the site’s fifth annual accounting of the best in new typeface design — represents the proverbial bottle being blasted into oblivion, showering all onlookers with a selection of amazing typefaces (cue fireworks).

Sensationalism aside, it’s significant that the ever-increasing quality in type design these days — dubbed by some as the new “golden age” of type — has caused this year’s list to supersede previous lists in many ways. For example, the new larger format of the site accommodates larger type specimens, appropriately showing more of each typeface’s beautiful features. It’s also worth noting that the list presents more selections than in years past — a testament to the fact that there are simply more quality typefaces being produced, and at a faster rate than before (many of which we were sad to leave out). Finally, in accordance with the increased number of worthy choices, more contributors have offered their opinion than ever before. From type educators to expert users of type, type critics, type historians, type technicians, and type designers themselves, a wide range of relevant perspectives are presented for consideration.

Judging by this year’s list, it is probably safe to say that OpenType technology, 13 years after its debut, has officially arrived. Nearly all type producers have fully embraced the technology and, accordingly, every one of the typefaces in this year’s list is provided in the revolutionary font format — sometimes exclusively so.

Stylistically, this year’s selections run the typographic gamut: slab serif, typewriter, blackletter, stencil, brush script, geometric sans … and some that are difficult to neatly classify. Some represent contemporary innovations in editorial style, while others look back to pre-typographic history for inspiration. With such a wide range of examples, making any generalizations about the list is tricky. What can be said, though, is that each selection has proved itself enough to be chosen as an exemplary model of what happened in the world of type design last year.

With that in mind, I would like to be the first to congratulate and thank all the designers whose work is featured, as well as Stephen Coles and Chris Hamamoto for all their hard work organizing the list and bestowing this site with the redesign it deserved.

It’s an honor to present Typographica’s Favorite Typefaces of 2008!

Typefaces used in Type of 2008 logo: FF Pitu and Dessau 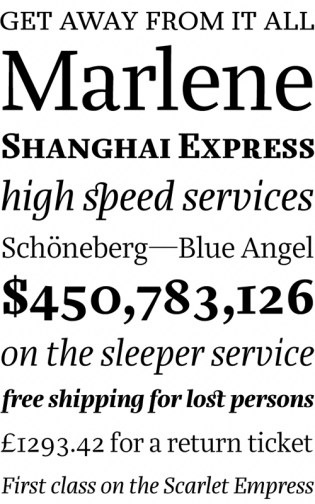 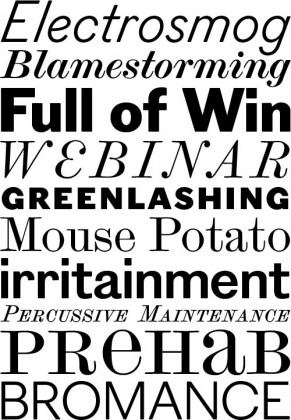 Other Notable Font Releases of 2008