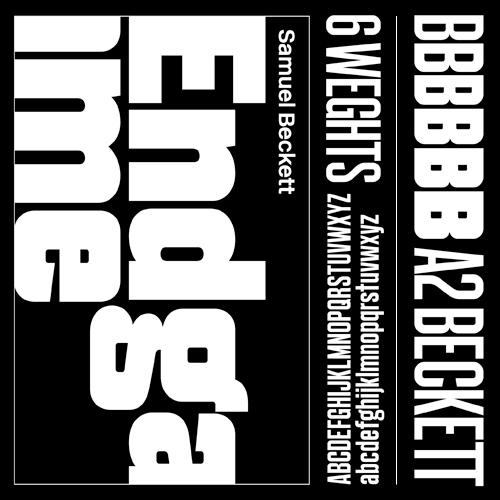 At first glance, A2 Beckett feels like a 19th century gothic. The angled stroke endings on some of the characters remind me of the very condensed styles of Venus. But its construction and details give it a very contemporary look. It doesn’t feel “retro.”

I love the lowercase ‘g’. It’s not as common to see a double-storey ‘g’ in a condensed sans serif, and I’m glad to see it has one.

I am a fan of straight-sided, condensed sans serif faces, such as Alternate Gothic, Railroad Gothic, Compacta, Knockout and so on. I think Beckett is a fine addition to the genre.