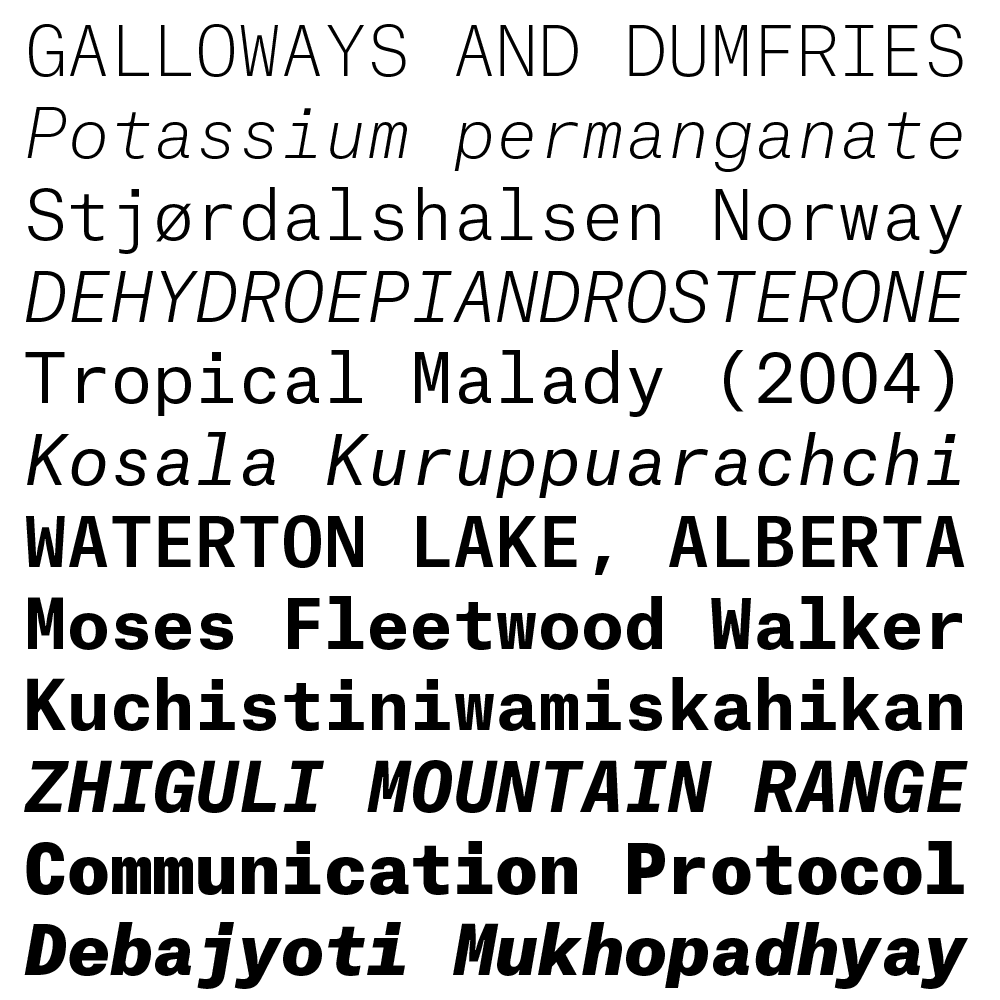 Atlas Typewriter, the lovely complement to Atlas Grotesk, is described by its creators as possessing a fundamental “monospaced­ness”. I think it is this principle that helps make the face stand out, even amidst a year of many other fine monospaced releases.

The ascenders and x-height are confidently high, contrasted by noticeably shorter, squattier descenders. The result is quite legible, and gives a base practicality upon which to build the rest of the design’s personality. Rather than relying on traditional typewriter quirks or the precepts of other digital monospace fonts for its character, Atlas Typewriter truly embodies the influence of its Grotesque companion. Specifically, the ‘C’, ‘G’, ‘Q’, ‘a’, and ‘2’ glyphs lend themselves to the eccentricities of the Grotesque genre.

Atlas Typewriter is my new choice for working in text editors due to its easy readability and demeanor. It stands as a beautiful addition to the somewhat young but quite impressive catalog of faces from Atelier Carvalho Bernau.

Andrew J. Austin is a designer based in Denver, Colorado.