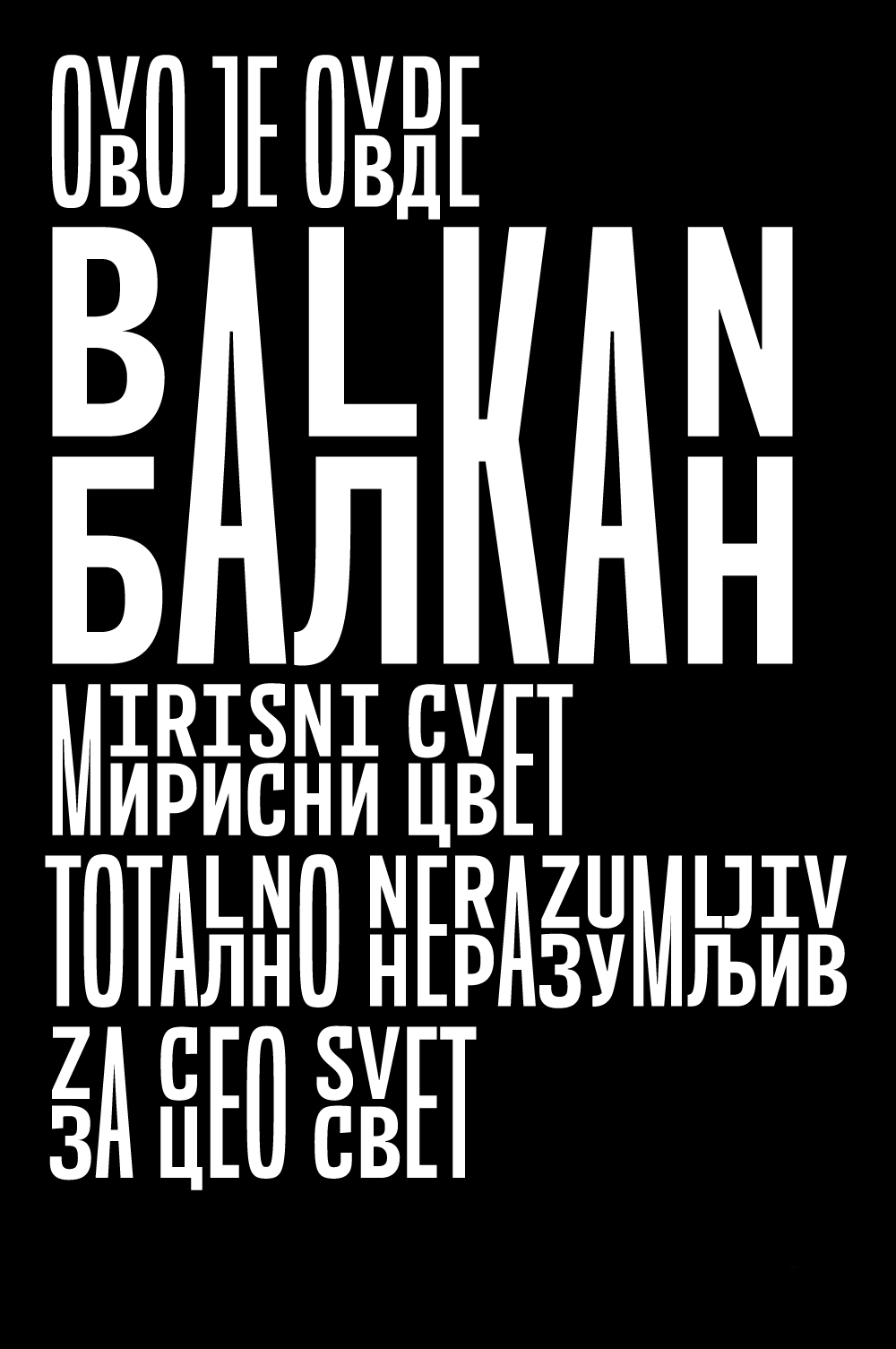 In Cyrillic and Latin scripts, there are many letters which, when written, look the same. This is something that has intrigued many designers. While some might insist on enforced separation, Nikola Djurek and Marija Juza have reconciled the situation with ingenuity.

The concept of the Balkan Sans type system is quite simple — it represents equivalent letters from both scripts with a single glyph. For example, one tall letter exists when the form is the same in both scripts, while two short letters are stacked when the form differs between the Latin and Cyrillic. After all, these are not two different writing systems; these are two writing systems that overlap. (At least, in former Yugoslavia, it seems that way.)

Besides being entertaining, it’s a cultural thing.

Croatian and Serbian are very similar languages that, however, use different writing systems. According to the authors, this series of fonts “… demystifies, depoliticizes, and reconciles them for the sake of education, tolerance, and, above all, communication”. This is what particularly strikes me about Balkan Sans — it’s not just a self-contained set of refined forms. In a situation where differing scripts are used to separate people and communities, the type says: “Well, it is not all that different, is it?” Please note, this is not just a witty cultural poster, it’s a typeface! It can be reused to tell the story many times; it even demonstrates it every time you type with it.

The fonts are well encoded, so they can be used to translate Croatian Latin to Serbian Cyrillic and vice versa. Got an email in Serbian and can’t read Cyrillic? Change the font and, voilà! Now you can read it. This type system could become a great educational tool.

Now, if you had to stack letters from two scripts, which one would you put on top? To be fair, Djurek and Juza designed different styles: in one, the Cyrillic is on top, in the other, the Latin is uppermost. And, of course, Balkan designers do need a stencil version (just in case they ever need to design a warning notice for a minefield or, hopefully, something more peaceful).

David Březina is a type designer and typographer, writer and lecturer, director of Rosetta typefoundry, and the impresario of the TypeTalks conference. You may know him as a designer of the award-winning type family Skolar. So far, he has designed typefaces for Cyrillic, Greek, Gujarati, Devanagari, and various extensions of Latin.