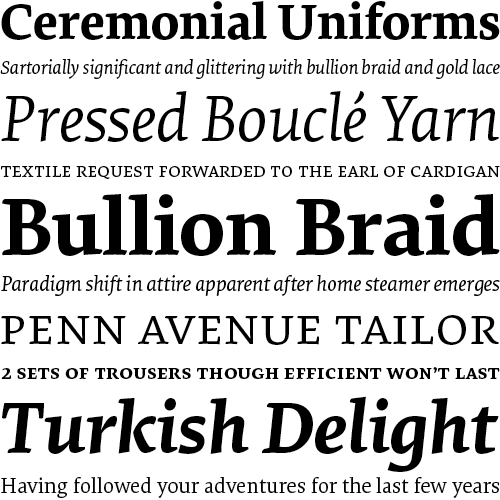 Casual, but not frumpy. Formal, but not stuffy. When typefaces don’t veer towards an extreme, they can often feel bland. But Elena straddles the line between loud and rigid, the type equivalent of Goldilocks finding the bowl of porridge that was “just right”.

That feeling comes from the subtlety of the strokes. It’s clear that the influence was a broad-nibbed pen, though where it goes after that resides solely with its designer, Nicole Dotin. The strokes were nudged just a bit this way and that, sometimes embracing the pen, and other times abandoning it. The result is a delightfully readable contemporary face with one foot in the past.

The small details of Elena like the flick of the terminal on the ‘s’, the way the ‘e’ seems to smile, or the friendly italic, are beautiful, but its real delights are in reading. Elena has a moderate x-height and contrast, and is ever so slightly condensed while maintaining a nice open feel. The letters flow effortlessly into one another, never overwhelming the reader. As of now, the basic four weights and styles are available, and I wouldn’t be surprised to see it popping up in magazines or books sometime soon.

From the moment I saw Elena, I knew I liked it. I couldn’t quite put my finger on why, other than it felt “just right”. Luckily, I can ponder why I like it so much by just reading more.

Jason Santa Maria is creative director for Typekit, a faculty member in the MFA Interaction Design program at SVA, a former vice president of AIGA/NY, and founder of Typedia, a shared encyclopedia of typefaces online. 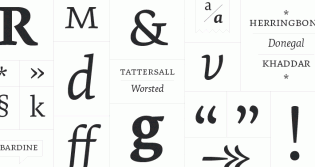 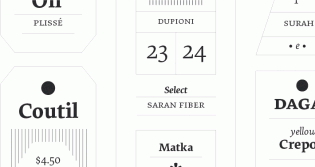