A quality stencil font is nothing new from Thomas Thiemich. As I pointed out last year, his Remo is the first typeface I know to have a stencil released before its regular versions, and it’s a beautiful stencil at that.

Fakt Slab Stencil extends Thiemich’s stenciling approach to the full range of his Fakt Slab romans. Where Remo Stencil was already a relative tour de force (for a stencil face) with just under 600 glyphs, the weights of Fakt Slab Stencil have over 1100 — including tabular and proportional figures in both lining and oldstyle forms, and a full range of diacritical glyphs. What’s more, and as he did with Remo Stencil, Thiemich includes variant forms of the capitals (with the stencil bridges in different locations), an alternate lowercase ‘o’ and ‘s’, and a single-story ‘a’.

And then there are the ligatures: over 500 of them, half again as many as you’ll find in ITC Avant Garde Gothic Pro. The comparison seems obvious at first, especially when you notice the left- and right-listing ‘A’s and ‘V’s. But — and forgive me, oh ye gods of seventies retro chic — Lubalin and Carnase’s ligatures feel on the whole more forced, especially since they relied on crossed strokes or size differentials to get some of their combinations, and insisted on including accented characters. In the lighter weights, many of their ligatures look confusing rather than clever, and in the bolder weights there are significant problems with optical clotting. But Thiemich wisely leaves out the diacritics from his ligatures; if you’re setting display text, it’s really not much of a burden to put them in yourself where you need and can fit them. And he doesn’t rely on either of Avant Garde’s tricks to get his combinations. The overlaps feel more natural, and in the bolder weights the stencil breaks and slab serifs create a puzzle-piece-like effect, and reveal some truly unique and interesting shapes — without, at least to my eye, sacrificing legibility.

It’s hard to imagine there isn’t at least a bit of a shout-out in the skeletons of these ligatures to some of the ways that Latin stone carvers found to justify their lines (and to stay on their rock). Designers today could have a lot of fun setting their headline text (to say nothing of creating logotypes and wordmarks) with Fakt Slab Stencil. Judging from (among other things) the double-‘Q’ ligature he included, it looks like Thiemich hopes they will. 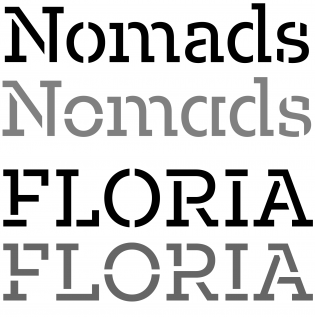 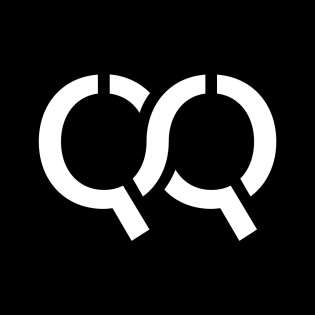