The reissue of a typeface that was first released way back before The X-Files first aired in 1993 isn’t usually cause for nomination to a “Best Fonts of 2008” list. But when Erik van Blokland reworks his original distressed typewriter typeface to solve fundamental problems with the category of distressed type, it more than earns that nomination.

FF Trixie, re-released as FF Trixie HD, solves the usual coarse resolution of most ’90s grunge type (blow them up past 120pt and marvel at the PostScript blobs). Taking advantage of an increase in the allowed number of points a font can have, Erik increased the detail of the font (it now weighs in with 17 million points) so that it can be used without concern for lack of resolution. Additionally, by combining seven different versions of each glyph and OpenType substitutions, it also dodges the tell-tale “hey, it’s a font because those two ‘e’s are exactly the same” problem with most distressed type.

Throw in, for good measure and fun, “censorship”, “Greek”, and “Cyrillic” OpenType features and it is the only distressed typewriter font one will ever need. 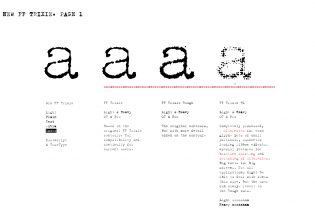 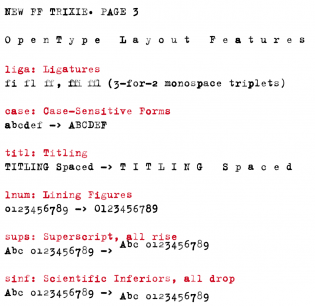 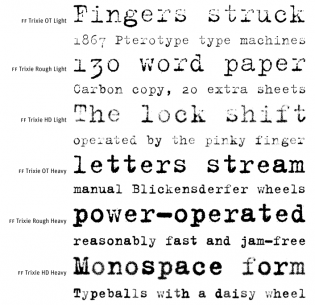 The Triumph Durabel typewriter which provided the character set for the original FF Trixie. (From the LettError archive via FontFont). 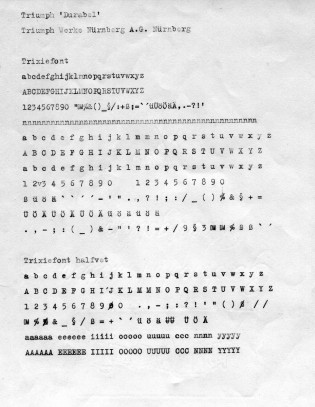 Original FF Trixie character set for scanning from the Triumph Durabel typewriter. (From the LettError archive via FontFont).