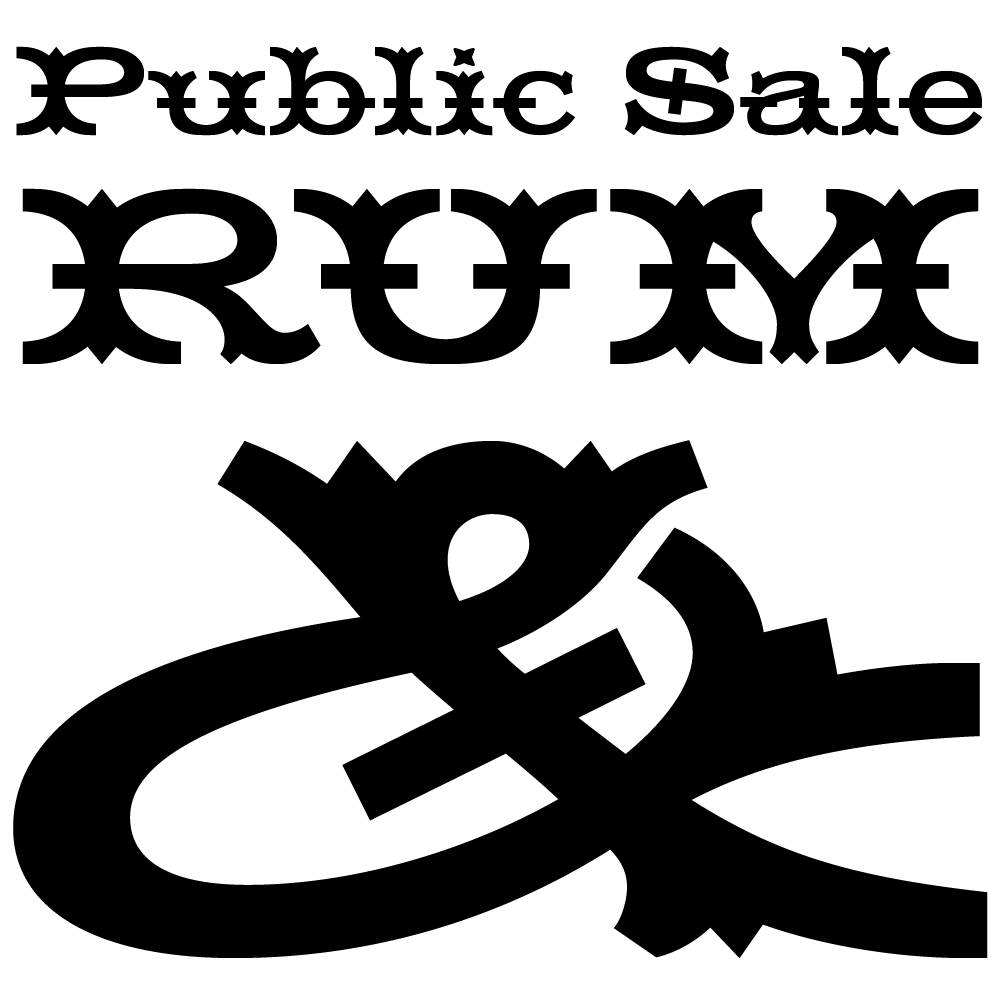 Mark-marking with the help of letters carved into wooden blocks predates the Gutenberg printing revolution. Large-point-size typefaces manufactured from wood instead of lead alloy have been with us for centuries, too. However, for most of today’s graphic designers, what comes to mind when think­ing of wood type is the panoply of styles used in the nineteenth-century ephemeral printing of France, Great Britain, and the United States.

To achieve a very similar surface effect with digital tools, it is not necessary for contemporary designers to rely on typefaces. The use of certain filters in Photoshop or Illustrator seems enough for many graphic artists. Some makers of digital typefaces have responded to this by marketing pre-distressed fonts, in order to save their customers from having to age the appearance of their text themselves.

One of my favorite works of 2013 is their HWT Tuscan Extended typeface, made by Frank Grießhammer. It may come as no surprise that Grießhammer is with Adobe. Perhaps in honor of their own pioneering digital wood-type-style fonts, Adobe seems to be actively supporting both the Hamilton museum and the HWT foundry. Grießhammer is not the first Adobe designer to release a font via HWT, (see Miguel Sousa’s contribution), but HWT Tuscan Extended is the weirdest so far. Indeed, its letterforms were the strangest, most odd-looking glyphs that anyone in 2013 was likely to see.

HWT Tuscan Extended is a useful digital tool, within the limits permitted by such an unusual design. The font includes both uppercase and lowercase letters (a feat uncommon in many real wood type faces), and accents for dozens of European languages (a feature not common in virtually any real wood type face).