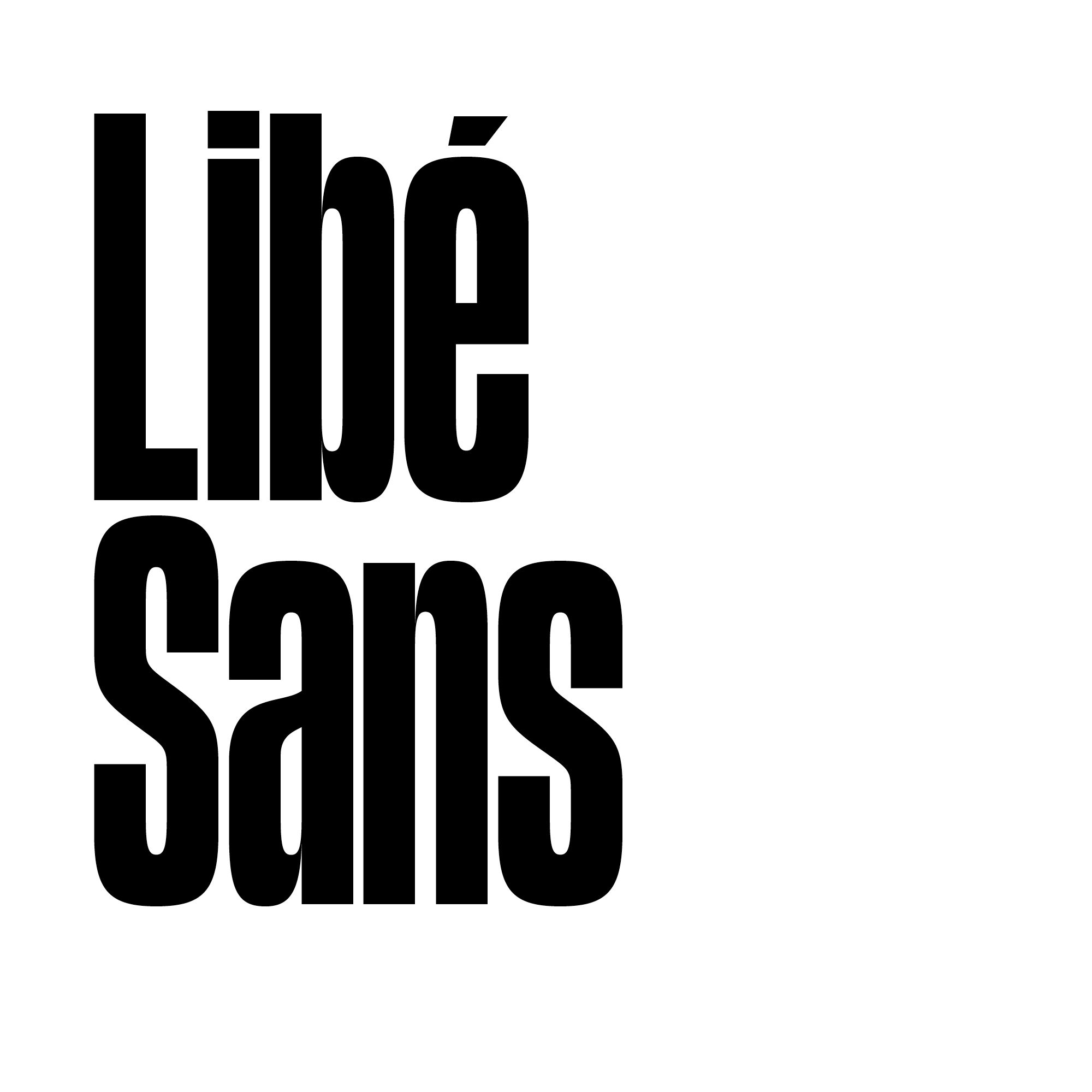 Custom type for newspapers tends to live in the realm of the so-good-it’s-invisible. It’s like the subtle, calm speaking voice of a respected news anchor. But I guess nobody told Jean-Baptiste Levée about this.

And aren’t we lucky to see the result. Libé is a family of a wide array of sans serif fonts and a set of stubborn typewriter fonts with a slightly sloppy underline style. The sans part of the family is a hybrid Excoffon, nineteen-seventies, tight-but-not-touching fever dream. If the spirit of Excoffon is alive, it has possessed Libé Sans. The Typewriter styles are a typographically successful, if unexpected, match. Despite what the name implies, it’s a proportionally spaced set of fonts. The bold is especially flavorful. But the Libé family, despite a typewriter font inspired by Frutiger, is mainly defined by its sans serif designs.

That it works at all is a credit to both the Production Type team, Jean-Baptiste Levée and Yoann Minet, and art directors Yorgo Tloupas and Javier Errea. And the effect is stunning, like tuning into the radio in the middle of a song. For a few moments, it sounds like a horrible mess, but three measures in, you suddenly recognize a favorite song you haven’t heard in ages. This for me is the most significant achievement of Libé: every time I look at it, even now, I think for a split second that it’s ugly. That feeling is immediately foll­owed by thinking it’s beautiful. It gets me every time.

From the high-contrast joints in otherwise low-contrast letters to the tight-but-not-touching spacing, Libé Sans and Libé Sans Rounded are a feast for the eyes. The shared vertical metrics, which seem relatively reasonable in the normal widths, become extravagant statement pieces in the extended widths. The extra condensed styles put to mind other recent condensed sans releases, such as Commercial Type’s Druk and Action, but only Libé Sans takes it this far. When the styles are mixed, condensed to extended, they evoke unicase type. When they stand on their own, they vary in a range from Victorian playbills to Swiss poster design. It’s the enthusiasm of wood-type attention-grabbers combined with the excitement of photo lettering. See? When I put it like that, it actually makes a lot of sense.

In full power, Libé Sans is a kaleidoscope of headline grotesques. It is a complicated flavor, but every part works together to make something wonderful. Rather than just a new voice for Libération, Production Type wrote them a symphony.

Robin Mientjes is a queer feminist type designer, with an obsession for baking, cooking, and thoughtful design. She’s been designing for print and web for fifteen years, and studied at the KABK, where she mostly made friends and nice food. She’s a visiting lecturer at HBK Saar, a senior designer at Scandinavian Design Group, and she runs the Tiny Type Co., a small foundry with big ideas. 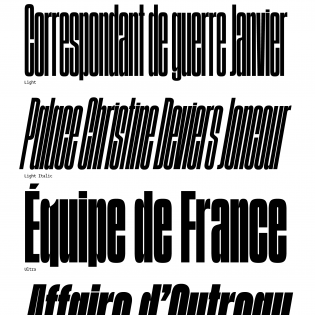 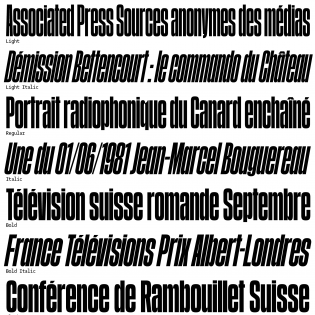 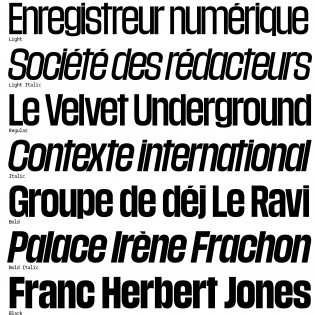 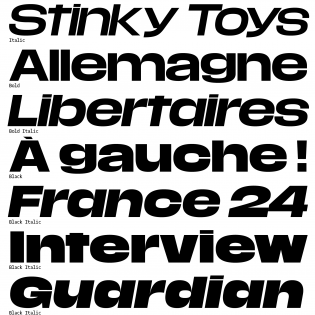 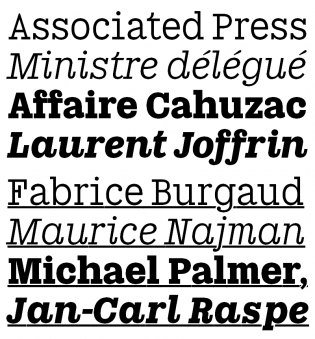 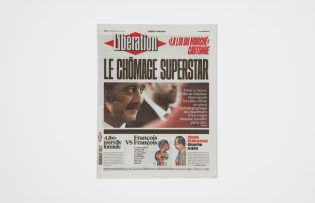 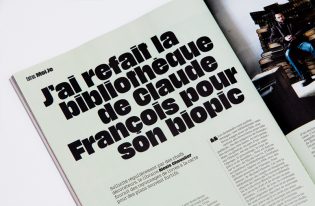 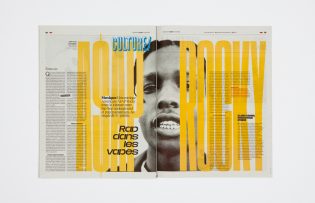 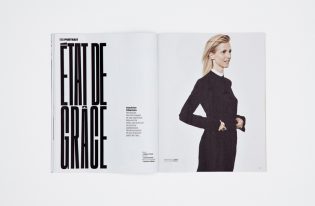