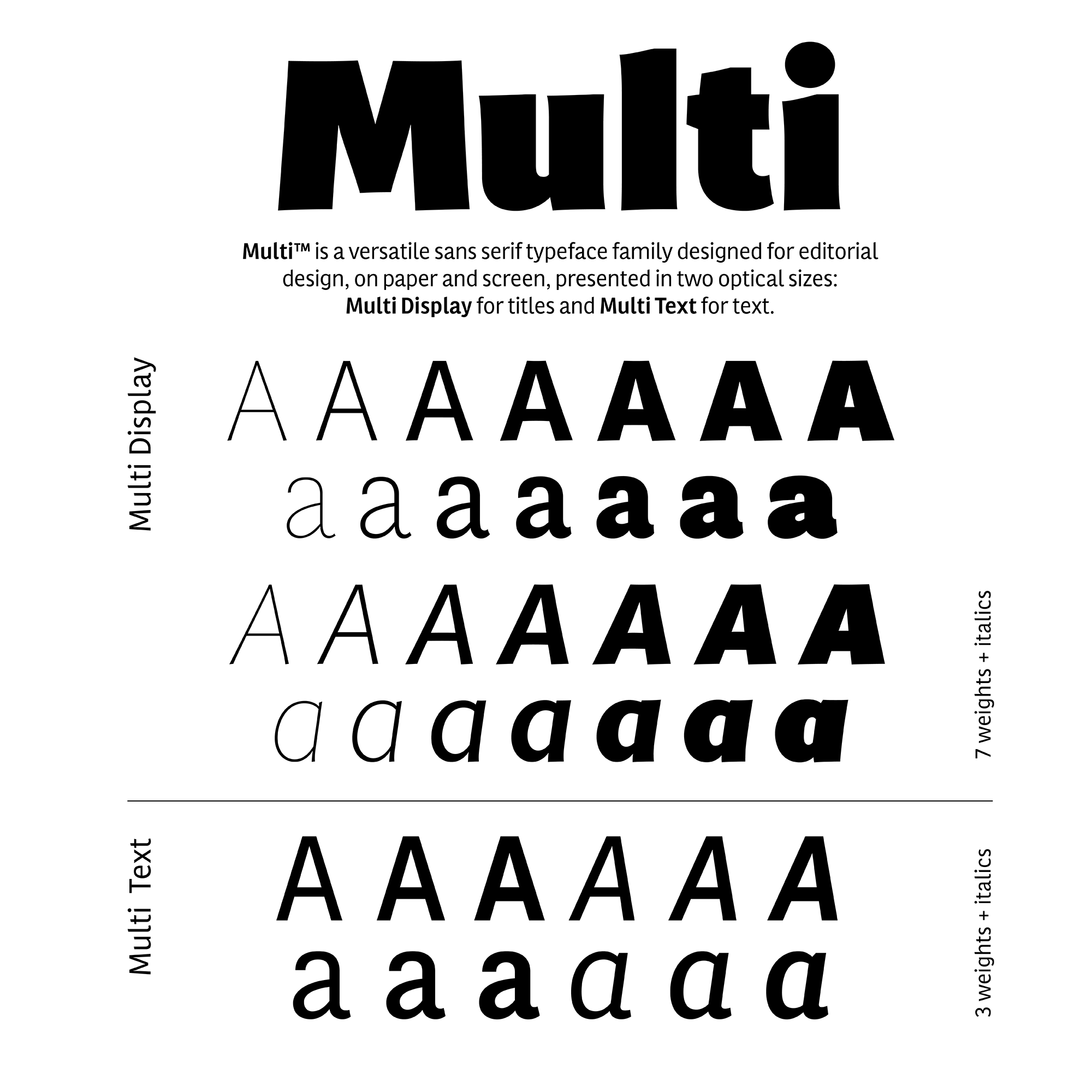 After releasing a series of inventive single typefaces and compact families, Laura Meseguer has produced her first large multipurpose family.

Originally developed in 2011 for a publisher of Dutch regional newspapers, Multi served as a sans serif companion to Bram de Does’ Lexicon and Kris Sowersby’s Tiempos. The series in Text and Display optical sizes was equipped with extra weights and functionality for its commercial release.

It gets increasingly difficult to find a typeface that stands out in the overcrowded sans serif genre, especially if you are looking for something that is not too showy or doesn’t tick all the obligatory boxes. Multi has its unique voice, but subtly so. Laura didn’t let her design be shoehorned into any of the standard historical models. There is a hint of the very first Grotesques, a dash of the contemporary Humanist sans serifs, a generous serving of calligraphic sensibilities from Dutch type design, and the tiniest whiff of Latin sensuality.

The differences between the Text and the Display version are very well considered. Multi Text presents a more rational approach, with an increased x-height, simplified contours, and adapted key glyphs to improve legibility. Multi Display has a lovely calligraphic quality. The strokes are slightly curved, with endings that are delicately flared, featuring notches reminiscent of pen strokes. With weights ranging from the svelte Thin to the puissant Poster, Multi can be both a gentle whisper or a commanding baritone.

Laura manages the seemingly impossible feat of designing type with a wide-eyed innocence, combining an almost childlike playfulness with the maturity of a seasoned professional. She clearly knows what she is doing, yet makes it appear as if she arrived at these delightful letterforms while simply drawing for fun. True to its name, Multi is a versatile family, and its warm and breezy disposition is a deviation from the predominant trend in sans serifs. 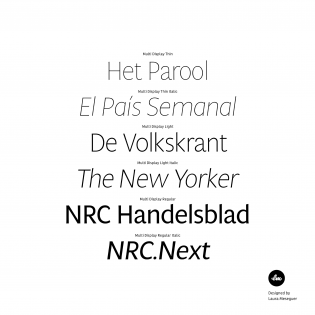 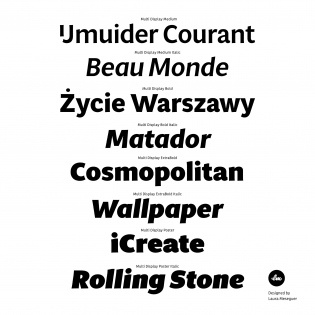 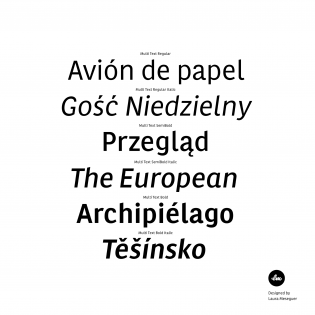 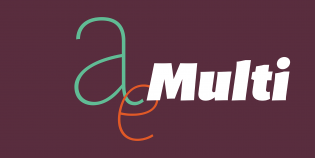 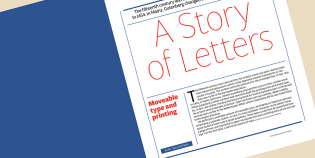 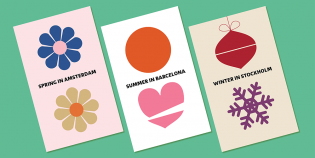 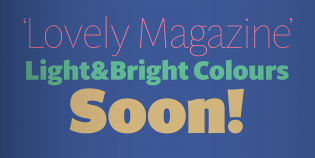 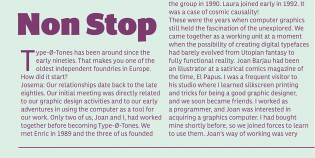 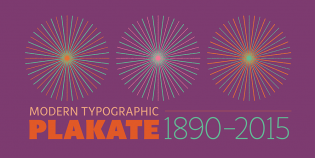 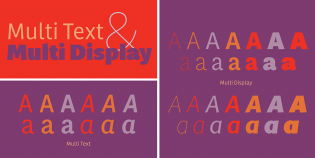