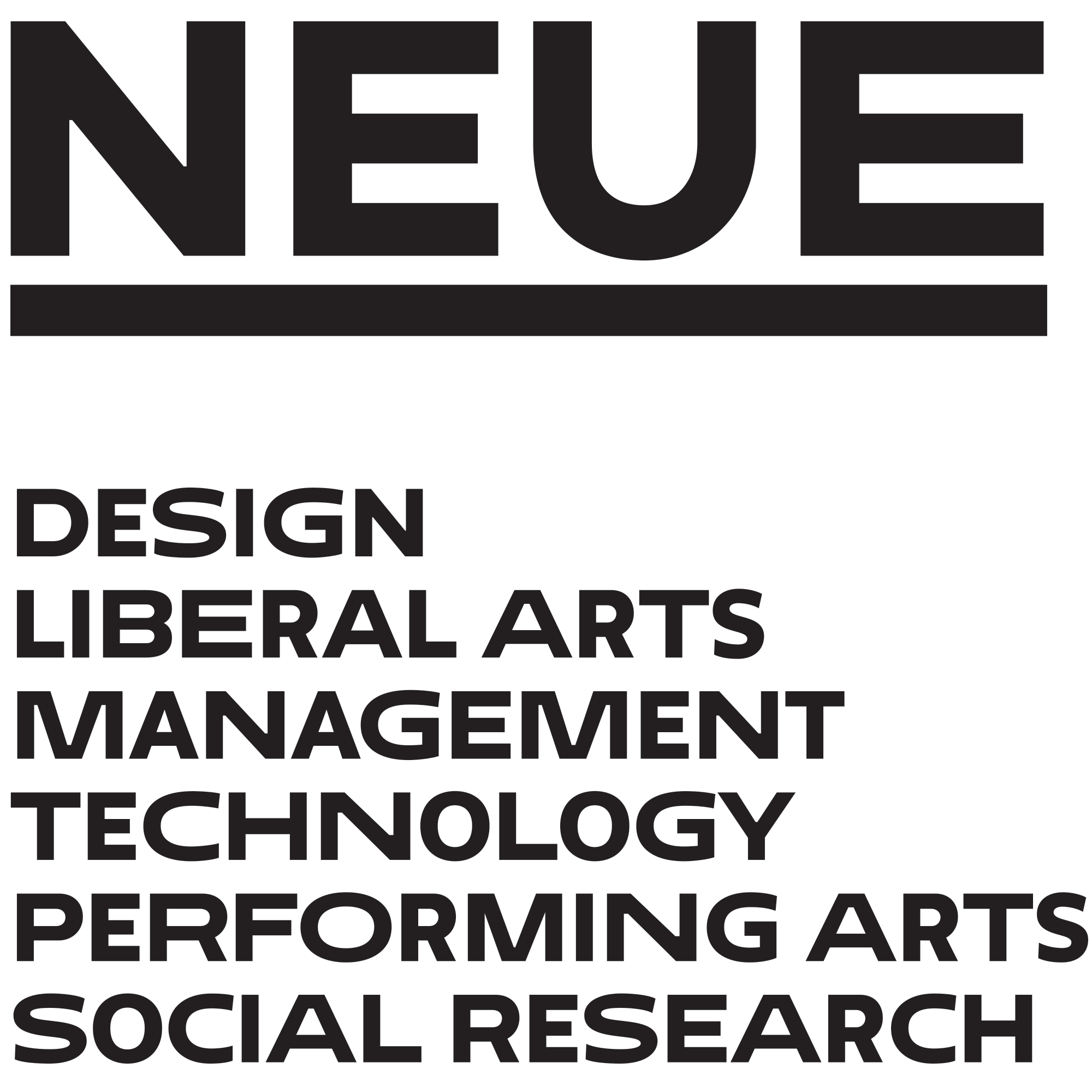 Neue is a daring design — less in how it looks than in how it behaves.

Paula Scher commissioned the design from Peter Biľak as part of her rebranding of The New School in New York City. The all-cap display styles, the most visible part of the family, come in one weight and three widths, plus a “Random” style that mixes all three proportions in an unpredictable order. The result is a kind of pulsing rhythm, a driving-ahead force. Drop whatever you’re doing and look over here. OVER HERE.

Both tradition and psychology tell us that compact and super-wide shapes do not go together, but Biľak sneaks through anyway. Such a jarring mix can make the weights appear to be mismatched, but he tamped that problem down, and that is no small trick. The speeding up and slowing down doesn’t feel like noise, but energy. Scher’s sensitive use makes it better still, like some dart game played with sledgehammers.

The rebranding left many bewildered, furious, or both — with much of the anger directed at the typeface itself. One cranky detractor said, “It looks like Helvetica on crack,” and Scher responded beautifully: “I always thought Helvetica needed a little crack”.

The text styles have a more conventional structure, with three weights and italics. They can’t help but get overshadowed by their theatrical display siblings, but they’re exquisitely balanced pieces of work. A few shapes (‘B’, ‘S’, ‘Z’) feel like they’re a moment away from flipping upside down. Letter widths vary at the same time, too brash to be classical and too syncopated to be modernist. Instead, Neue just feels human.

Over twenty-five years, Tobias Frere-Jones has established himself as one of the world’s leading typeface designers, creating some of the most widely used typefaces, including Interstate, Poynter Oldstyle, Whitney, Gotham, Surveyor, Tungsten, and Retina. In 2015, he launched his own foundry, Frere-Jones Type. 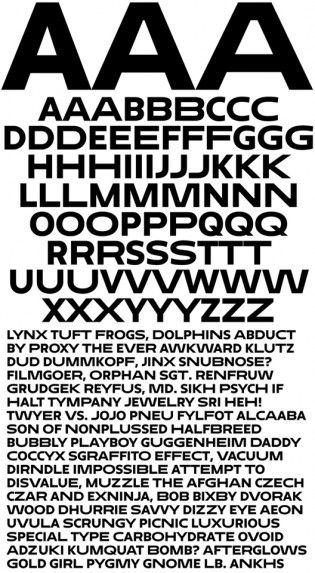 Paula Scher has designed a new identity for The New School that utilizes a custom font with letterforms in three different widths. Image courtesy Pentagram.

The New School logo can appear in a variety of configurations. Image courtesy Pentagram.