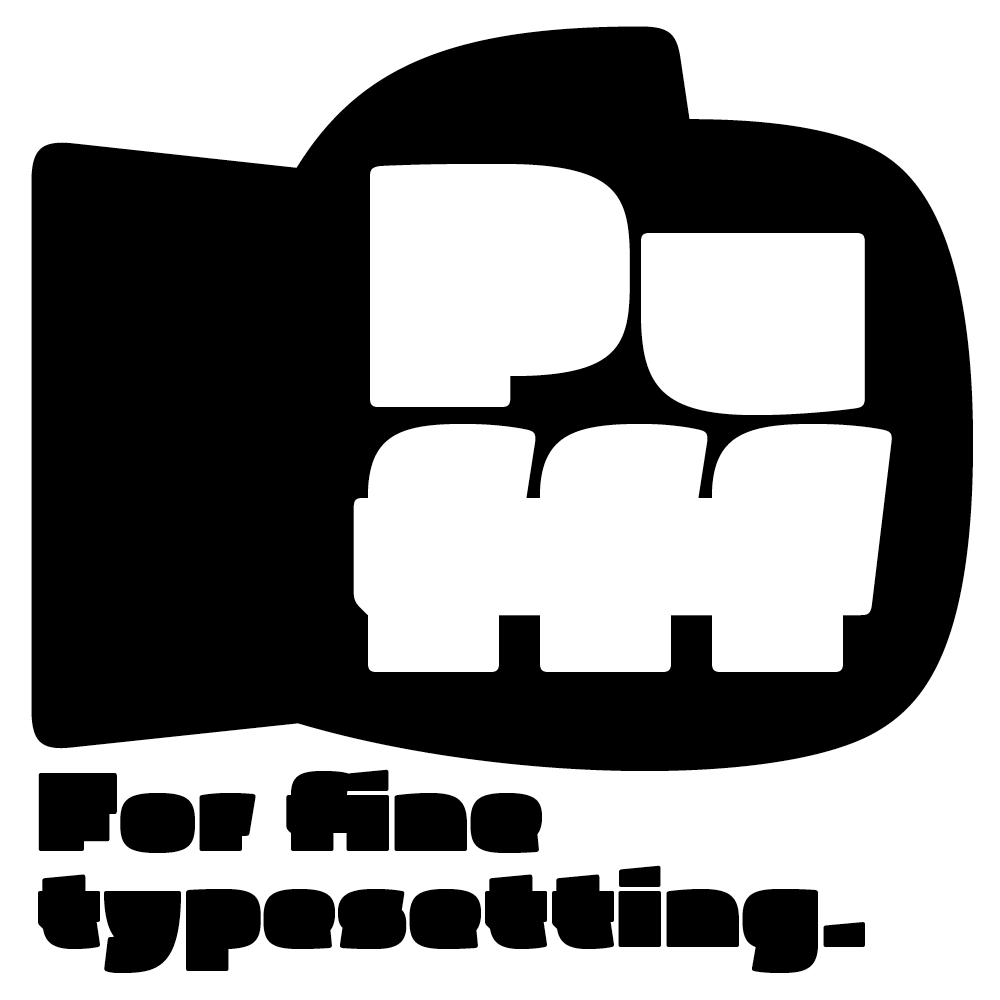 Do you fancy extremely fat mathematical operators? Maybe you need a fat, inverted interrobang, to set bold sentences of dis­belief, even in Spanish? How about some ultra-fat small caps and a full set of very heavy superiors?

Look no further than Pufff.

Pufff is a very fat typeface. In fact, Pufff is so fat that installing it on your computer will make the machine noticeably heavier.

What is remarkable about Pufff?

The well-prepared typographer’s toolbox should contain Pufff. With extensive pan-European language support, Greek, Cyrillic, and even a handful of arrows, dingbats, and the latest currency symbols, Keller brings the ultra-fat genre to a new level. In many respects, his Pufff goes leaps and bounds further than fonts of the display variety usually do. 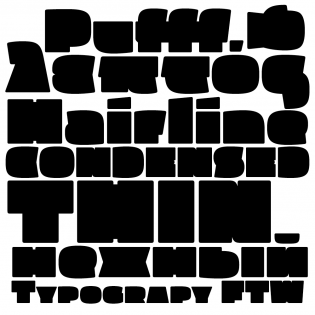 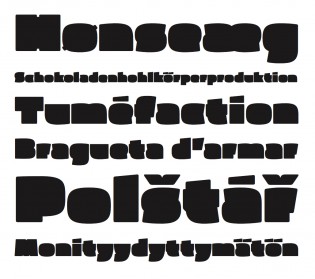 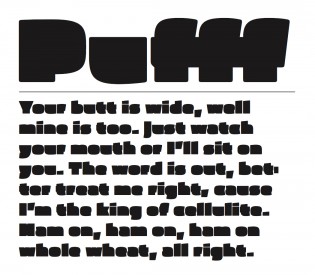 Pufff stylistic alternates for blind text and shapes like arrows and quotes.

Three Pufff glyphs that are exceptions to its “counterless” design principle, and one that reviewer Frank Grießhammer calls an “amazing exercise in abstraction”.