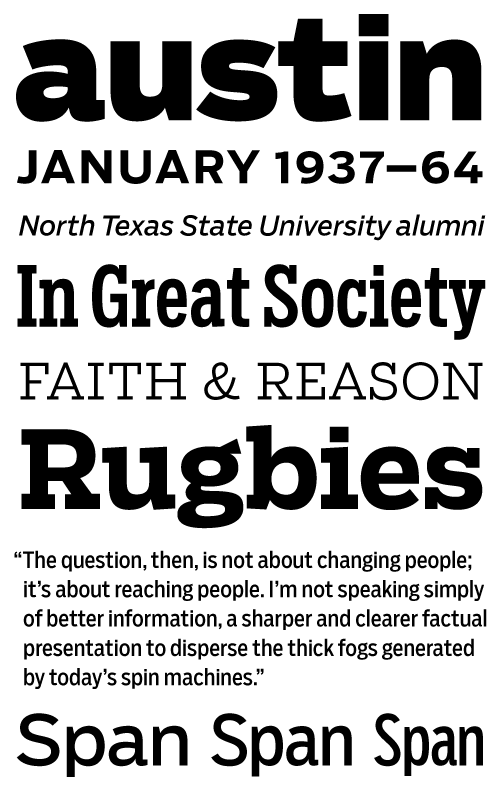 Salvo is a multi-faceted series that’s hard to pin down. It can be used in a very corporate, serious way by making extensive use of its numerous variants – five weights in three widths, plus italics, adding up to 30 fonts each. At the same time it is down to earth and approachable, even quirky.

The v-shaped notches, where round and straight parts meet, make a line set in Salvo varied and lively. This is even more apparent in the serif styles where angular top slabs and low-sitting bowls in the uppercase letters give the typeface almost a hint of Western style or reverse contrast Egyptians like Trilby. But for me it is the lowercase ‘a’ that is the most iconic in both families and which, to a very large extent, contributes to Salvo’s affable atmosphere. The bottom curve has only a small overshoot under the baseline. This – together with the angular serifs of ‘a’, ‘u’, ‘b’, and others – make the type seem to bounce slightly. Furthermore, the bowl of the ‘a’ reaches more left than its upper stroke, giving the impression of a smiling face. To tell the ridiculous truth, it reminds me of the tooth-bearing grin of Jolly Jumper (the equestrian companion of Belgian cowboy comic hero Lucky Luke). Even the serifs resemble his hoofs.

There are surprisingly stark differences between the normal and narrow variants. All the mentioned informality – the angular slabs in the serif, the cheeky ‘a’, and many other quirks – is not as present in the condensed styles. This is owed to the much smaller, less round counters and a shorter ‘a’ tail. Also, the bowl of ‘a’ retracts and now lines up with the upper curve. The extremely large x-height, or short extenders respectively, counter the bouncing tendency effectively. This visually ties the letters together, making it an ideal headline typeface.

With its umpteen styles the Salvo series is predestined for complex editorial applications and jobbing tasks such as magazines and advertising material. And this is also what the series was originally designed for: as a custom typeface called Boomer for AARP’s (the American Association of Retired Persons) numerous publications. Of course the two sets and different widths can just as well be used separately. The Sans Condensed is especially versatile, an all-around grotesque suitable for shorter texts and display, corporate design, or everywhere where a strong American Gothic is desired. 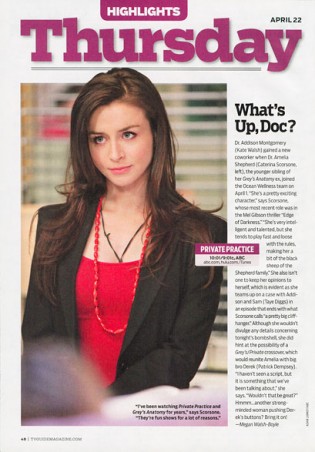 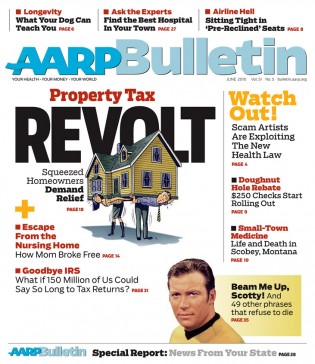