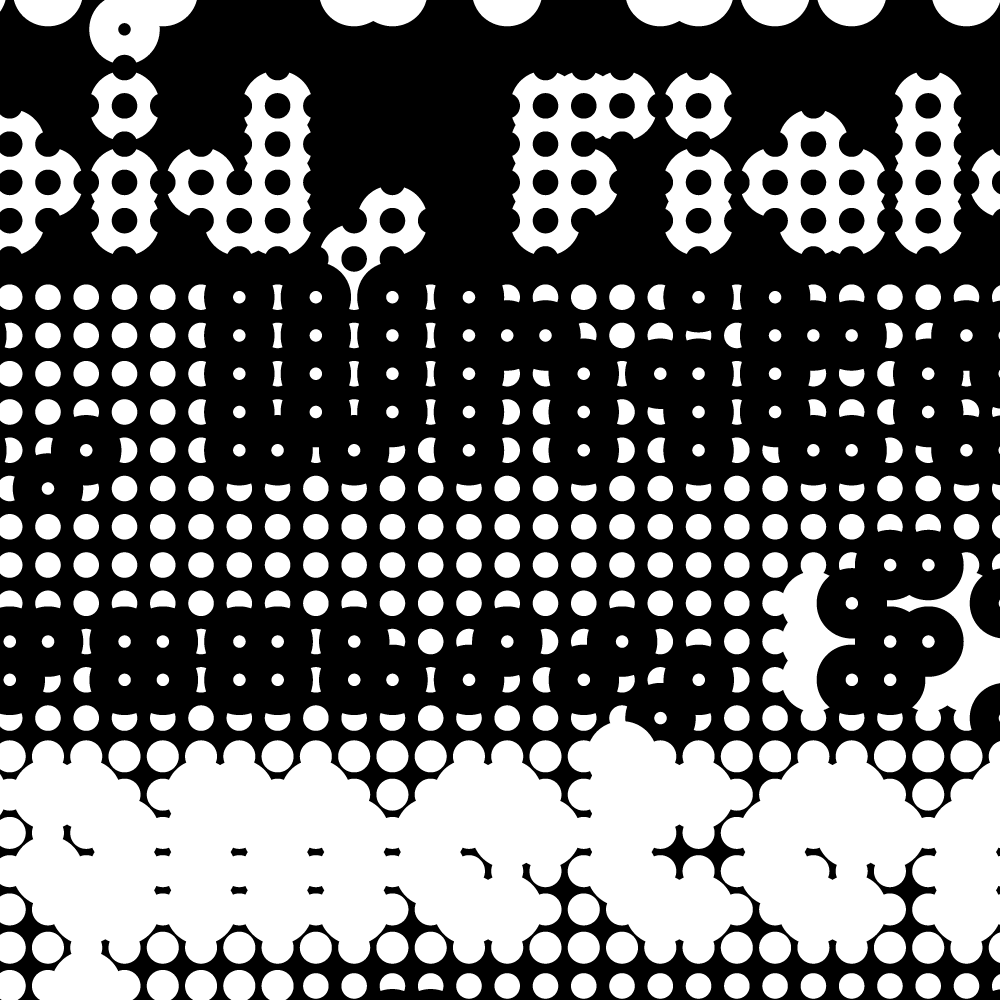 Since the release of FF ThreeSix in 2011, Hamish Muir and Paul McNeil have been busy digging more deeply into the world of parametric type design. The studio published an updated and greatly expanded version of (Muir’s old studio gig) 8vo’s Interact (1984) in 2013, along with three further experimental display fonts: Intersect, Panopticon, and Nine (the last in both a Metric and a Mono version). Like ThreeSix, the 2013 releases won MuirMcNeil the International Society of Typographic Designers’s Premier Award for that year.

Last November, the duo released another set of fonts: TwoPoint, ThreePoint, FourPoint, and TenPoint. All four, like their predecessors, are geometric display designs that rely on strict grids and sets of rules — rules that enlarge, puncture, offset, multiply, and rotate the shapes that make up the glyphs — to create variations on an initial design, and weights within each variation. There is some continuity between the new fonts and MuirMcNeil’s previous work in the relationship between ThreePoint and Panopticon; Panopticon imagined the strokes of letterforms made out of isometrically projected planes, seen from four different viewpoints; ThreePoint represents those planes with dots. But the other faces are completely new, though obviously informed in approach by the team’s experience with their last release.

It’s hard to give a comprehensive overview of the new work, because there’s so much of it. Fortunately, on their website, the designers provide not just thorough specimens of all of the designs, but beautiful images of silkscreened posters they made using them.

Here is what I can say about the new fonts, and about the studio’s work in general: while ThreeSix, in most of its weights and styles, was (surprisingly) not only legible, but also readable in text sizes, the later fonts aren’t so much. But that’s hardly their point.

Rather, Muir and McNeil are letting the logic of the rules they have constructed push the designs far past the boundaries of the legible. Their process and method are on full display in the letterforms. Some of the variations even verge on parody — TenPoint’s 01 series, for example, where every glyph is a single disc. The effect overall is to make text into texture, into gesture, into suggestion, into image, into idea.

These fonts could keep designers busy at play for weeks, should they be willing to indulge themselves. Members within each family of faces can be layered, knocked out of one another, offset, overlaid in various sizes; TwoPoint even comes with grids of dots to layer over or behind the glyphs. The posters the designers have made only begin to capture the possibilities of their designs.

But MuirMcNeil’s new fonts, like their older siblings, are not just elaborate versions of amateur “techno” display designs. They demand to be taken seriously, and not just because of the obvious care with which Muir and McNeil have prepared and presented them. The more time I spend with them, following the process of their construction and investigating their formal logic, the more I think they can teach a patient and thoughtful designer about the possibilities of experimental type.

When you abstract the shapes of letters, break them into their components, and start to build them with something other than simulated pen strokes, you begin to see relationships between them you would not have found otherwise. You start, as well, to think about context: how two nearly identical glyphs could read differently when surrounded by different glyphs; how little it takes to suggest an ascender or descender, an aperture, a stem, a handle, an ear. If people read not letters, but shapes of words and clusters of wordshapes, these fonts can help us learn not to be surprised to find that we can make at least some sense of even the vaguest of forms. Looking at these fonts, I am sometimes reminded of accounts I’ve read of the aural patterns of West African talking drums: so much can be conveyed with rhythm and color, even in the absence of detailed articulation.

One more comparison: think of these typefaces like Legos; you can play with them and learn from them at the same time. Is it just because I’m wrapping up an MFA thesis that this seems like a big deal to me? Maybe; but try them yourself and I think you’ll agree that Muir and McNeil are onto something. I hope they keep investigating. 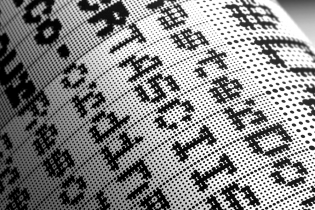 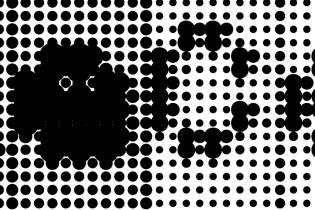 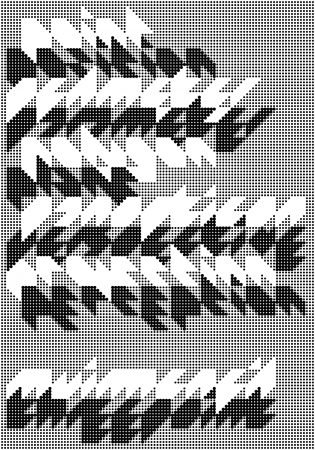 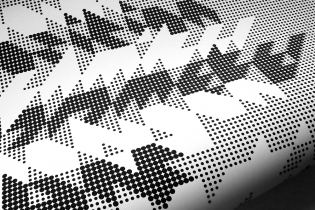 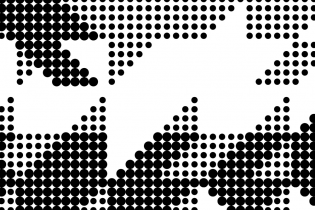 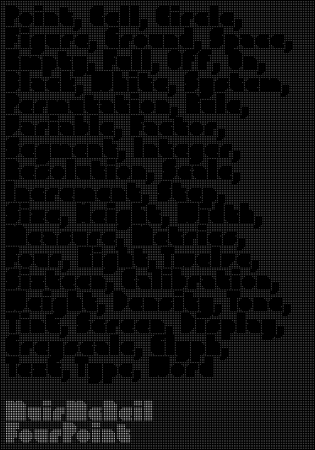 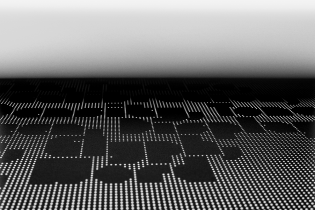 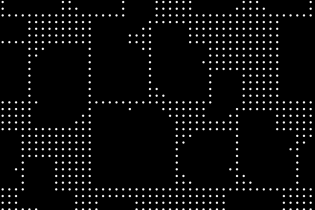 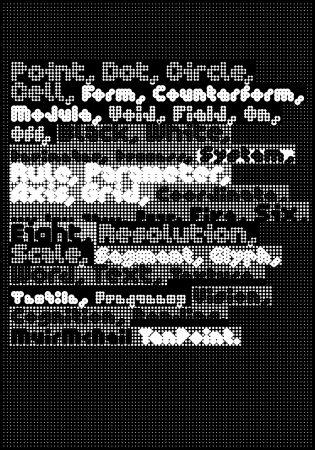 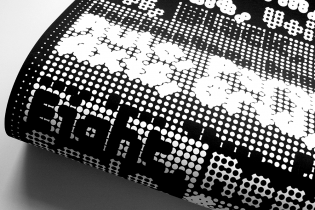 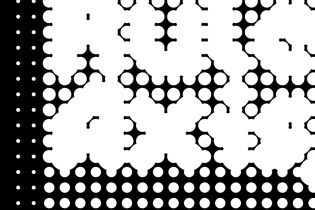