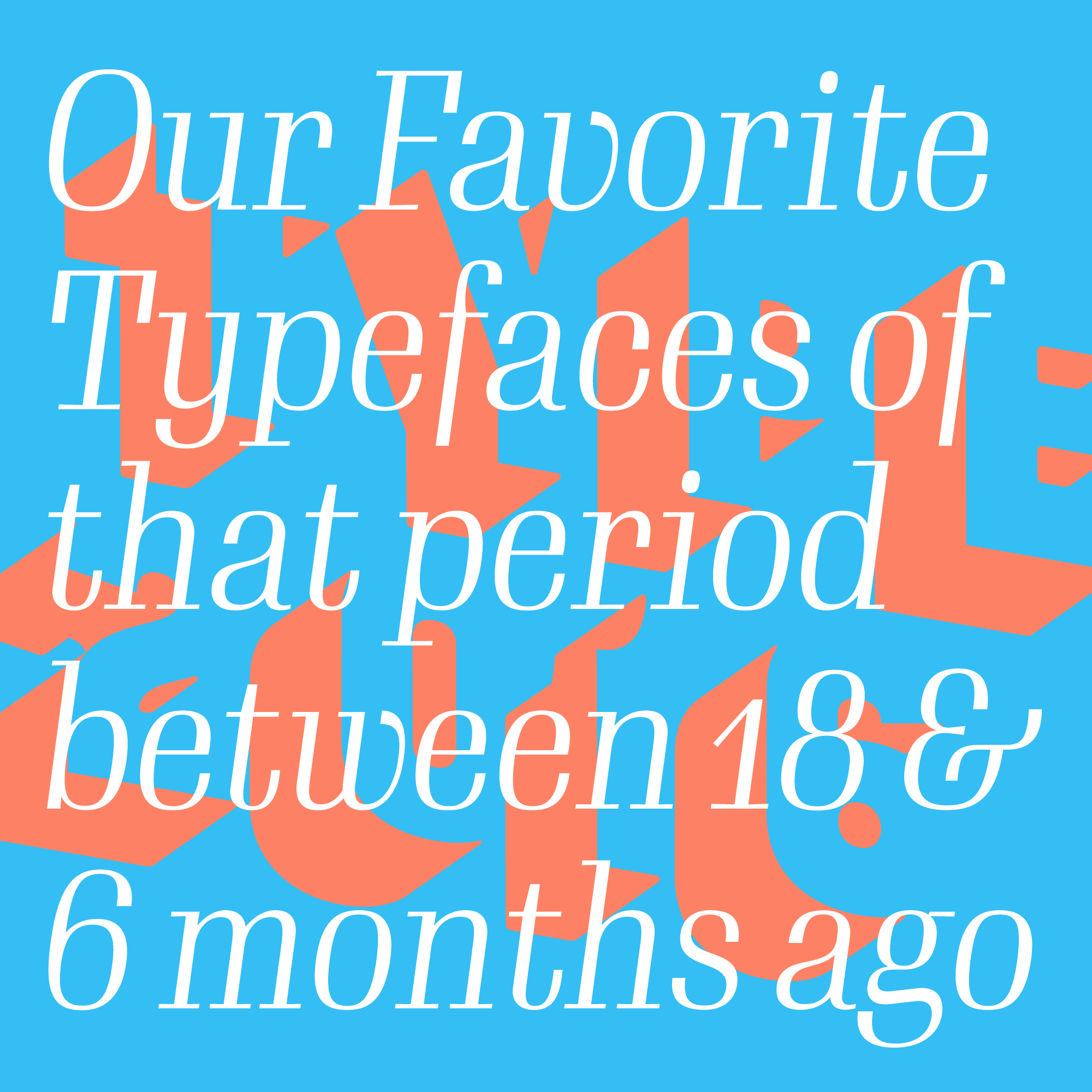 Yes, we’re later than usual. Some of the typefaces featured here are now nearly eighteen months old. We don’t relish publishing our annual in July, and we won’t make it a habit. Still, looking a bit further back reminds us that type isn’t subject to the same seasonal swings as fashion, or even graphic design. Typographic trends have a lifespan that doesn’t correspond to the calendar year, and many popular typefaces remain in style long after they hit the market. In fact, the biggest hits often reach peak popularity years into maturity, as they gain exposure through real-world use.

All this being true, we recognize that this feature plays a role in shining light on type that might otherwise be obscure. These selections are made by graphic designers, type designers, educators, and enthusiasts who have a peculiarly acute eye on the type scene, capable of spotting worthy needles among the haystack of thousands issued every year. Our contributors tend to be less receptive to marketing hype and more attuned to originality, utility, and craft. And it’s that perspective that makes this a list not about what is hot, but what is good.

When it comes to mainstream graphic design trends, there are two typeface genres that have seen heavy use over the last three to five years: the geometric sans and the hand-rendered script. It’s interesting that they are such divergent styles, but maybe that shouldn’t be a surprise, as the mechanical and the organic are tendencies that perpetually pull against each other. Web design is in an endless search for clarity and battle against clutter, which often leads to clean (sometimes sterile) type, while small brands continue to strive for the handmade and human as they resist an increasingly automated world.

Yet there aren’t many typefaces in this year’s selection that fit neatly into one of those two categories. Perhaps it is a conscious rejection of the ubiquitous, or it could be that the best type designers are always looking for a new voice. Indeed, many of our writers highlight a fresh take or novel idea as factors in their selection. This applies to straight revivals as well, which our reviewers appreciate less than reinterpretations.

The biggest type news of the year was undoubtedly the announcement of OpenType Font Variations (aka variable fonts). Only one 2016 selection was released in the format, but several reviews reference it, and many variable-font releases will surely follow in 2017. OTVar or OTFV (I doubt either abbreviation will stick) is likely the most important type-technology development since the advent of webfonts, and while many have written about the immediate and foreseeable benefits, we have yet to envision what can be done with fonts that are pluriform, responsive, and dynamic. It’s early days. It feels like we’re turning the smallest gear on a giant machine with unimaginable functions that will only reveal themselves years from now.

As we’ve noted in the last few installments, font makers continue to seek independence from distributors. The number of Typographica selections sold directly by the foundry has grown for the fourth straight year. And while many of these are also available from the big retailers (Monotype’s Fonts.com, FontShop, and MyFonts) and plucky upstart Fontspring, more fonts than ever are licensed exclusively by their manufacturer.

This doesn’t spell the death of the distributor, however. 2016 saw the launch of Type Network, a collaborative of foundries including Font Bureau, designers whose work was once part of its library, and a growing number of independents. Late in the year, Adobe Typekit launched their Marketplace, a more conventional one-time-fee alternative to their subscription model, yet still delivered through Creative Cloud and their webfont service. Meanwhile, in its second year, Fontstand added over a dozen foundries to its rental platform. Despite the font industry’s palpable shift to direct sales, there are suddenly more distributors and more distribution models than at any point in the last decade. Monotype’s dominance once struck doom and gloom in the hearts of indie font makers. Not long ago, after their acquisition of FontShop, Monotype could be considered a near monopoly. Yet that’s been followed by a period of intense innovation in the retail space. The long-term prospects for the independent type designer are still murky, but consumers have never had more choice in typefaces or ways to license them.

On a personal note, I am no longer a free agent. I just took a full-time position at Letterform Archive. My official title is Associate Curator and Editorial Director, but what that really means is that I get to collect typographic objects, learn as much as I can about them, and then share them with the world. After six years of gradually shifting away from the commercial side of the type industry, and hovering around pursuits that are more educational and journalistic, landing at the Archive just feels natural. With a living, growing collection of letterforms old and new, the Archive is also a logical partner for Typographica and Fonts In Use. We’re still working out the details of that partnership, but the mission parallels are obvious: we’re all documenting the history of typography and graphic design, whether it’s a typeface released in 2016 or the sixteenth-century manuscript that inspired it. So, this site isn’t going anywhere, and neither am I. We’ll simply have even more good stuff to share, and more good people to share it with.

Credit where due: Typographica would not exist without my coeditor, Caren Litherland. After last year’s massive mobile improvements, our designer Chris Hamamoto made a few more contributions to the site. (You can now search Typographica from your phone! Find the field near the footer.) Our new headline face is Multi Display from Type-Ø-Tones, and the “Type of 2016” graphic features Gimlet Display from DJR and Umbra from The PYTE Foundry. Lastly, my deepest thanks to this year’s contributors for putting so much time and effort into their reviews, and for waiting so patiently to see them published. 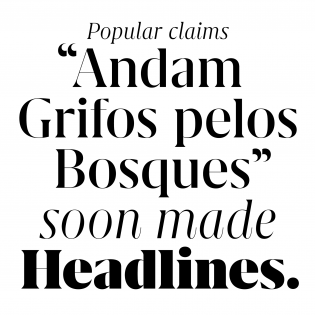 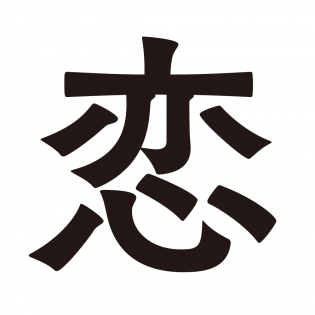 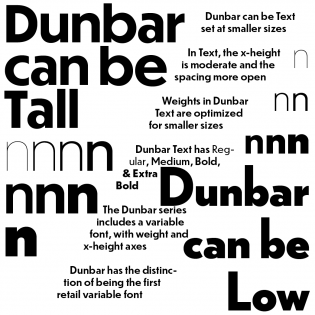 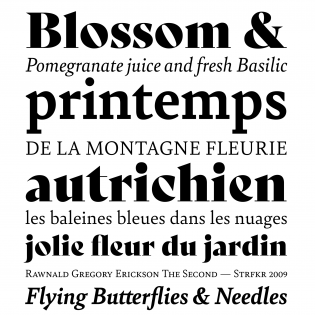 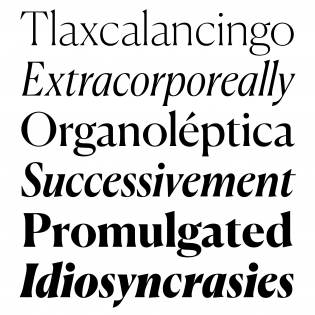 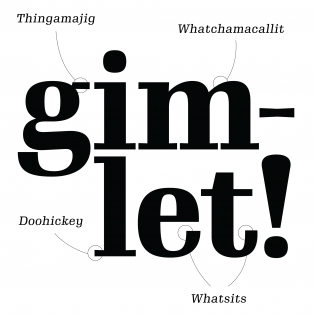 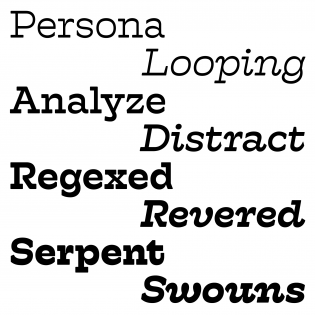 Other Notable Releases of 2016