Belarusian illustrator Fiodor Sumkin fled his country at age 18 to avoid the draft. He survived by selling his paintings on the street in Moscow. After hopping around Europe, doing work for various magazines, he now lives in Amsterdam without a passport. 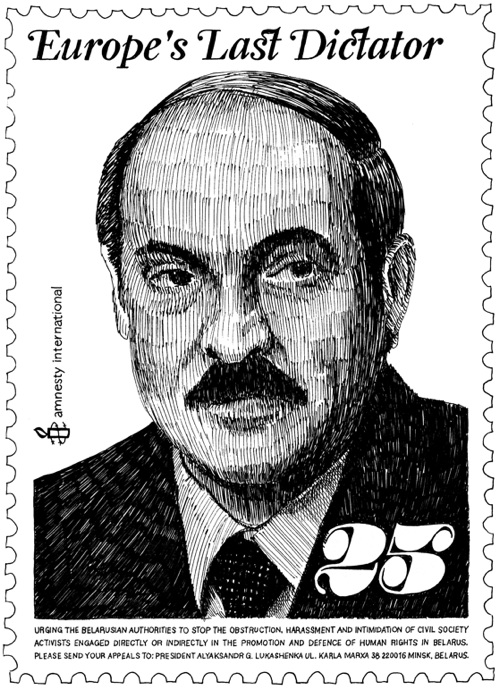 His boisterous drawings are marked by meticulous ornamentation, a distinctive shading technique, and frequent nods to the psychedelic ’60s. His interest in typography is apparent and he’s even begun to experiment in FontLab.

Sumkin’s latest assignment is a very personal one: an appeal to Belarusian president Alyaksandr G. Lukashenka to “stop the obstruction, harassment and intimidation of civil society activists engaged directly or indirectly in the promotion and defence of human rights in Belarus”.

There are no wild, flowing flourishes or Moscoso letters in this restrained piece, but it’s still unmistakably Sumkin. His hand drawn Farnham and Stilla demonstrate why type is often most effective when it’s not really type at all.