Written by Ricardo Cordoba on January 9, 2006 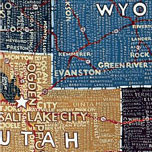 Over the past few years, graphic designer Paula Scher has been painting giant, colorful maps filled with densely packed letterforms that spell out names of cities, states, ZIP codes, and, in some cases, voting statistics. These are intricate and expressive paintings, and she showed slides of them during her opening presentation at last year’s TypeCon. Now, happily, these paintings can be seen up close at the Maya Stendhal Gallery, in New York City’s Chelsea district. The show has been extended through January 21, and the gallery’s website features images of the paintings and of “The Daily News,” a series on paper that she did for Print magazine. The site also includes links to a Hillman Curtis film on Paula Scher, an essay about her paintings, and an excerpt from her book “Make It Bigger”. 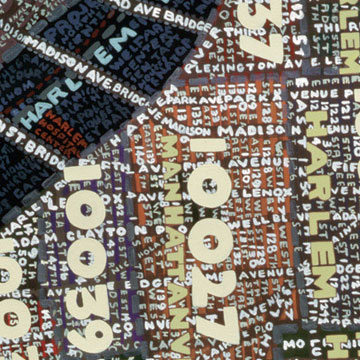