I was deeply saddened to hear that Peter Bruhn passed away unexpectedly in his home in Malmö, Sweden on February 21, 2014. He was an influential figure in digital type and a close personal friend.

After several years as a designer and art director, Peter launched Fountain in 1993. It was one of the first independent digital type foundries at a time when the font market was still dominated by large, established corporations. It was also a rarity in the small country of Sweden where there were (as now) very few type designers. These conditions led to Fountain quickly becoming an international foundry, welcoming designers from all around Europe and America. Some of the designers with multiple Fountain releases include Lars Bergquist, Stefan Hattenbach, Gábor Kóthay, Martin Lexelius, and Simon Schmidt.

Floppy disk days: a spread from Idea No. 270 (1998, Japan), featuring Fountain and Dirk Uhlenbrock, one of Peter Bruhn’s early colleagues.

Peter’s own early typefaces (many of them also released through T-26) were products of the grunge era when Fontographer experimentation ran rampant. Like many type designers, as his skills matured he gradually shied away from his old stuff and pulled many fonts from the market so he could remake them to meet his new standards. But even in these early efforts you can see distinctive Peter Bruhn qualities: whimsy, mischief, nostalgia, and a constant thread that ran through everything he did: warmth. 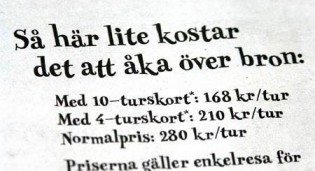 Most of Peter’s later, more sophisticated type designs are less known because they were client commissions. He developed corporate sans families, he evolved Aachen into an unconventional slab for the logo and section heads of Swedish newspaper Sydsvenskan, he made a charming hand-drawn Didone that humanized the development company behind the newly constructed bridge connecting Sweden and Denmark. His most recent type design, however, was a retail release: Satura Suite, a remarkably original family created with his friend and collaborator Göran Söderström.

But Peter’s main contribution to type design is embedded in the typefaces of other designers. In his typical humble fashion, much of his time was quietly spent making other people’s work better. He was inextricably involved in many of the releases that don’t bear his name, acting as a coach and advisor to designers within (and outside) his foundry. In many ways, Fountain was an incubator for type design talent. After releasing their debut fonts at Fountain, some — like Söderström and Rui Abreu — have gone on to achieve more success in the field, including under their own font labels.

“One of Peter’s strengths was that he really could lift the design of others. He was incredibly generous with feedback and always had time to discuss a serif, a clearance, or a curve. He was so generous that he never had time to finish his own fonts.” — Göran Söderström

Above all else, Peter was a family man. His adoration for his wife, Lotta, and their four children was apparent to anyone who met him. I visited their cozy home a few times over the years and always felt firsthand how highly he prioritized his wife and kids above anything vocational. In fact, I think he might have wanted “Family Man” to be remembered as his main occupation. Indeed, his work and home life were fused: the graphic design arm of his business operated under the official title “The Bruhn Family” and he often collaborated with Lotta who is an illustrator. They also made music together; for several years their annual Christmas card was a new original song.

It pains me to think of all the potential delights we lost with Peter’s passing. He had many type designs of his own in the works and surely many new designers to mentor. But more than that, for those of us who were privileged to know him personally, we lost a dear friend. Peter was a guy whose warmth pervaded both his work and his very being. He was gentle, generous, and genuine. I will miss him very much.

Update: May 19, 2015 — In celebration of Peter’s birthday Göran Söderström and Rui Abreu completed and released one of his unfinished faces, titling it Bruhn Sans. All proceeds from its sale will go to the Bruhn family.

Please share your stories. If you are one of the many who were influenced by Peter and/or Fountain, or have a memory about Peter to share, you are more than welcome to do so below.