Roboto Is Was a Four-headed Frankenfont

Just in time for Halloween, from the depths of the Android 4.0 laboratory emerges a frightening cross-breed creature called Roboto.

It was built from scratch and made specifically for high density displays. Google describes it has having a “dual nature. It has a mechanical skeleton and the forms are largely geometric. At the same time the font’s sweeping semi-circular curves give it a cheerful demeanor.” — GottaBeMobile

This is pure PR BS. I know it when I see it because I’ve had to write a few glowing descriptions about typefaces that don’t really glow.

I’m all for the strategy of developing a unique identity typeface, and I commend Google for employing type designers in house, but this is an unwieldy mishmash. Roboto indeed has a mixed heritage, but that mix doesn’t have anything to do with the gibberish from the press release. Its parents are a Grotesk sans (like a slightly condensed Helvetica) and a Humanist sans (like Frutiger or Myriad). There’s nothing wrong with combining elements of these two styles to create something new. The crime is in the way they were combined: grabbing ideas from the Grotesk model, along with a Univers-inspired ‘a’ and ‘G’, welding them to letters from the Humanist model, and then bolting on three straight-sided caps à la DIN.

When an alphabet has such unrelated glyphs it can taste completely different depending on the word. “Fudge” is casual and contemporary. “Marshmallow” is rigid and classical. This is not a typeface. It’s a tossed salad. Or a four-headed Frankenstein. You never know which personality you’ll get.

For now, I can only speculate on how this beast came to be. The font files credit the design to Christian Robertson, whom I know to be a very bright professional with some decent work under his belt, including the convincing handwriter Dear Sarah and the adorable Ubuntu Titling font. Either Google tied him down and made unreasonable demands or there’s something nasty in the water down in Mountain View. To be fair, I haven’t seen the fonts on a phone, in person, and Google promises that they are built specifically for that medium. But I can’t imagine that would erase the inherent problem with the design. There are some good shapes in Roboto, they just belong in multiple typefaces.

In any event, Roboto probably won’t terrorize mobile screens for very long. Helvetica and Frutiger are immortal. Hodgepodge brutes like these usually have a short lifespan.

Update: Robertson has replied with his rationale for the design:

Here’s the thinking with the open terminals on the ‘e’ and ‘g’. It has been the hard and fast rule for sans serif types that the a, c, e, g and s must agree as to their angle of exit. Interestingly, this is not the case for serif types, and certainly isn’t true for any kind of handwriting. It is common for the lower case ‘e’ to be more open than the ‘a’ for example. If there is a single story ‘g’ it will often remain open, or even curve back the other way (up until it forms a two story g).

As I experimented with this thinking I realized a couple of things:

1 / I have always hated the way Helvetica and all of her acolytes close the terminal on the ‘g’. It is just so awkward. You can’t do it with a pen; the terminal always wants to end somewhere other than straight up (note that this is not true of s or a). It’s like a ‘t’ or ‘f’ that hooks all the way around. It’s just gross. It’s even worse with the geometric bowl on top. You get such an awkward double curve. I equally hate any calligraphic ‘g’ that closes with a ball terminal.

2 / I discovered that the type with a closed ‘a’ and ‘s’ and an open ‘e’ and ‘g’ has a really beautiful texture across longer blocks of text. The rhythm has this kind of a swirl that is actually really nice to read. You are correct that Fudge and Marshmallow may initially disrupt some expectations, but over the course of actually using the font, you forget that ‘e’ is decreed to be closed like ‘a’ (it doesn’t want to be anyway and ‘g’ needs a friend). Despite the PR speak, the variation in exit vectors does make for a more cheerful type.

As for the other two monster heads, I’m ignoring the part about the straight sided caps, since I don’t find it a problem that the lower case aren’t equally straight sided. Also, I find your disagreement with the K hardly worthy of justifying another head; possibly a finger or toe.

Note that there are still some bugs in the font that has been extracted from the SDK. Many of these have been corrected already, and you can expect to see some fixes to minor kerning issues and some diacritical misalignments. Also, since Android doesn’t use much of the nastiness that is TrueType hinting, Roboto is not hinted to support older Windows browsers, for example.

Update: Jun. 26, 2014 — As Christian noted above, Roboto is clearly a work-in-progress. The newest revision (Version 2.000980; 2014) corrects many of the problems of the initial release, most notably replacing the shaky Helvetica/Univers ‘R’ with a straight leg, making the terminals on the ‘c’ and ‘e’ more compatible with the rest of the design, and giving the ‘K’ and ‘k’ a more conventionally Grotesque join. (For those who liked the old shapes, they still exist as alts in the current fonts.) The new design is also rounder and wider overall, and several weights and small caps were added. It is now a six-weight family with italics, plus six Condensed weights.

Christian describes some of these changes in this Google I/O session. He says “we calmed down some of the unruly characters”, which I think is a good way of putting it. 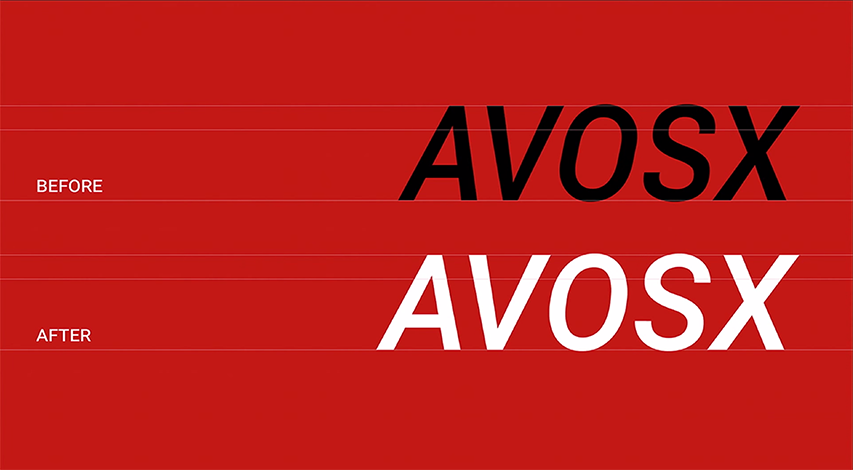 Despite the improvements to the Latin parts of Roboto, native Greek and Cyrillic type designers still do not speak kindly of the non-Latin characters. I hope companies with a large and global user base start making a habit of consulting experts in these scripts.

Update: May 29, 2015 — Christian goes into more detail about the Roboto evolution in a video this year’s I/O conference.