Written by Piet Schreuders on September 4, 2012

Behold this “artist impression” by Benthem Crouwel Architects of the glass roof on a new bus station behind the Amsterdam Central Station, currently under construction. The vast, curved roof is adorned with the word AMSTERDAM in large red-with-orange letters.

Building commenced in April 2011. Today, in September 2012, the middle section of the roof is still missing, so all we can see is AM…RDAM. (The letters STE won’t be inserted until 2013, when construction of the underground North-South tram line at this location is expected to be finished.)

Being worrisome by nature, we typographers can’t help expressing some concerns: did the architects and roofers calculate everything exactly right? Will the missing letters fit into the remaining space? And did the roofers adhere to proper kerning specifications? 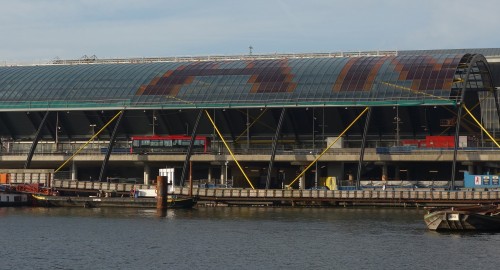 Fact: the word AMSTERDAM starts and ends with the letter combination AM.

The first worrisome fact: the space between the first A and M is five windows … 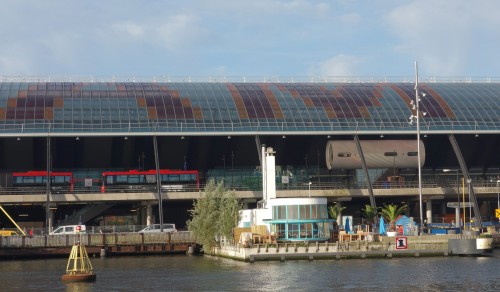 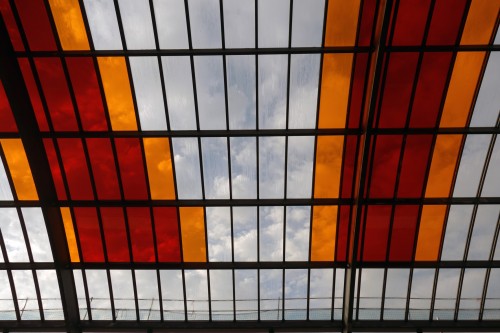 In addition to this internal kerning error we must point to a possibly even more worrisome fact. The distance from the word AMS… to the left side of the roof is forty-nine windows …

… whereas to the right side of …DAM we count only forty-six. The word AMSTERDAM will therefore be out of center by a margin of one or two “window pixels”. Or even more so, because the first letter (A) is skewed on the left side while the last (M) has a straight edge. It would have been wise to leave more space, not less, at the right-hand side, for the word to be centered properly.

Piet Schreuders is a designer, writer, and researcher, living and working in Amsterdam. He founded and publishes Furore magazine, the cat-fanzine De Poezenkrant and is author of “Lay In – Lay Out”, “The Beatles’ London”, “Paperbacks, USA”, and “The Paperback Art of James Avati”.