In recent years, Arabic typefaces have increasingly responded to contemporary visual communication and new media needs, and so have their aesthetic diversity. The design of large families that accomm­odate multiscript and complex typographic articulation are becoming quite common, but few are as extensive as 29LT Bukra.

Initiated a decade ago specifically for an advertising campaign of large super-graphics in public space, the fonts have been growing slowly and evolving naturally into an extensive family. It is now offered in five proportional variations (Condensed, Semi Condensed, Regular, Semi Wide, and Wide), each in 8 to 10 weights and including a “Slanted” variation — adding up to a total of 94 dual-script (Arabic and Latin) fonts.

Though marketed as a display typeface, Bukra’s open counters, low-contrast strokes, simple structure, and short extenders contribute to its legibility, making it equally ideal for short texts at very small sizes, like captions. Its Latin and Arabic character sets have a synergistic design; they follow a geometric sans-serif/Kufi structure, with large, open counters, matching proportions, terminals, weight, contrast, and detailing.

Bukra’s design naturally lends itself to proportional and slant variations. In its “Slanted” styles, 29LT Bukra Arabic retains its unique character based on the simple structure of monumental Kufi styles, and borrows the degree of inclination (towards the left) from the more cursive Eastern Kufi style. Unlike older slanted Arabic typefaces, 29LT Bukra Slanted attempts “true (Arabic) italics” by getting inspiration directly from the rich Arabic calligraphic tradition and responding with a contemporary and functional design solution. Some characters are totally redrawn, either simplified in shape, or carrying features from the cursive and slanted titling styles (such as Thuluth and Eastern Kufi). The designers justify their naming scheme of “Slanted” instead of “Italic” by stating that the term italic is conventionally foreign to Arabic typefaces. The design approach for 29LT Bukra Slanted (in its various weight and proportional variations) is a welcome innovation that I imagine will set a new trend, especially in contemporary Arabic type design.

Dr. Huda Smitshuijzen AbiFarès is the founding director of the Khatt Foundation and Khatt Books. Based in Amsterdam, her professional, cultural, and educational activities extend from the US to Europe and the Arab World. She holds a PhD from Leiden University, an MFA from Yale University, and a BFA from Rhode Island School of Design. She is a member of AGI (Alliance Graphique Internationale). She specializes in multilingual typographic research and design, and has published several books on this topic. She currently supervises research of PhD candidates at Leiden University’s Arts Program and works as a design curator, writer, designer, and publisher. 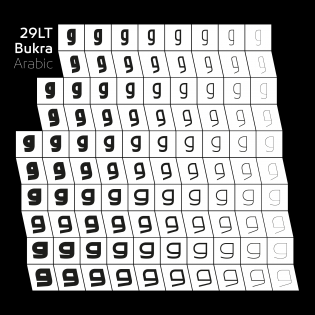 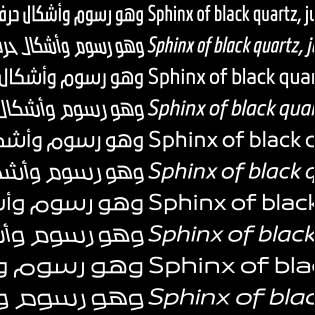 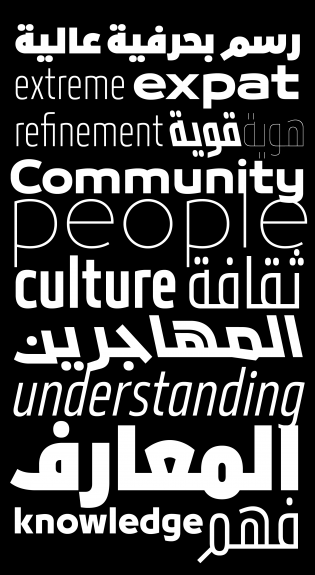