Arabic texts for storytelling are ordinarily long and continuous. Their accessibility is at the core of texts’ legibility that engages the readers and sustains their interest in contents. The readers need to see, discern, and identify letterforms and words. Part of the designer’s response to the readers’ needs includes the selection and use of a practical and intelligible typeface with a character and a voice. 29LT Riwaya is such a typeface, bringing clarity and accessibility to lengthy and encumbered texts.

Katharina Seidl’s design is a multi-script typeface family for continuous texts. Riwaya Arabic, following the Naskh calligraphic proportions, and Riwaya Latin, inspired by the old style, deliver the formal attributes and authenticity of traditional publication typography. The structures and details in these Arabic and Latin counterparts are visually cohesive through the quality and flow of the strokes, and the color and proportion of the letters. However, each script upholds the fundamentals of its writing system, with distinct features and textures.

The humanistic Arabic style, with calligraphic broad nib qualities, is designed in three weights: regular, medium, and bold. Its cursive and fluid strokes reveal the stroke nuances of Naskh. What is particular about Riwaya Arabic is that the length of its ascenders and descenders are likely more constant, while the tooth heights and the loop heights are mutable. Riwaya Arabic offers rich ligatures, variable contextual alternates — including elongated teeth features and shifting dot positions — and full Arabic vocalization marks, all of which influence legibility and readability within long paragraphs.

Also, Riwaya’s peculiarities comprise a unique informal style that simulates the spirit of handwriting with fluidity and variability.

Riwaya offers designers the opportunity to manage long multi-script texts, and direct the focus of readers, whether they read Arabic or Latin. 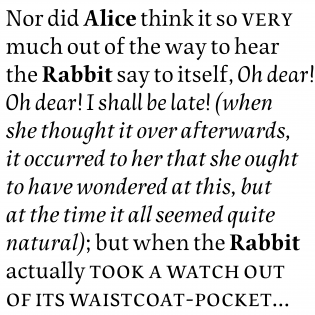