At first glance, Action Condensed may seem to blend in with many other condensed geometric grotesks, but it’s at least one leap beyond.

Designers too easily overlook condensed faces as a tool for solving space problems and screen problems. Action was made specifically with UI design in mind, and I’m sure it’s only a matter of time before UI designers discover its value.

Its benefit is rooted in Action’s multiplex feature (wherein letters share the same width between weights or styles). There aren’t many multiplexed typefaces around. The concept fascinates me because it’s a complex effort, difficult to balance, and full of compromises. Often, you have to alter an outline or counter to get an optimal result. It’s one step forward, two steps back. And so on. Action is a three-grade, four-weighted beast that effortlessly resolves the multiplexing design challenge.

A distinctive R, g, y, and 3 give this typeface its own character. And look at the £! The uppercase diacritics are on the edge of visibility and may not be acceptable for sizes smaller than 24 points, but this is more of a concern for print design, and Action is best when it’s big and on screen.

And there’s more Action to come! I was fortunate enough to get a peek at its successor, and it looks awesome.

Ermin Međedović is a graphic and typeface designer living and working in Slovenia. He is a design director for Slovenian publishing house, Delo, and principal of Lettermin, a small type and design studio. 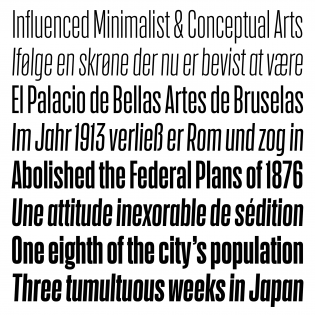 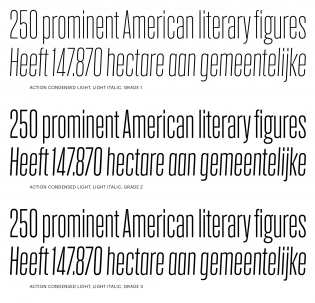 Action’s duplexed romans and italics allow for subtle weight changes within the same width without reflowing of text. 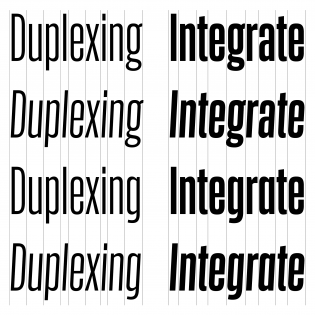 Action’s duplexing not only applies to the romans and italics, but also all of its alternate glyphs.