Choi Jung-ho is part of the first generation of Korean type designers and is responsible for defining the original shapes of Buri (serif) and Minburi (sans serif) styles. Choi’s work has been a constant companion throughout my years of studying the fundamentals of Hangeul type design, and I am not alone. His typefaces are a common guidepost for Korean type designers, and many of our modern typefaces are derived in some way from his work.

That’s why I was thrilled to see AG Choijeongho, a 2017 release based on Choi’s last drawings, which Ahn Sang-soo commissioned from him in 1988. Despite Choi’s many typefaces, none had been named after him, so it seemed fitting to give this final design that honor.

The project was supposed to be done by 1988, but Choi passed away that same year. Back then, not many people knew about Choi or that “type design” was even a profession. Many project records were therefore not preserved. Later on, in the 2000s, research on Choi and the history of type design started getting off the ground. In 2015, AG Typography Institute began developing Choi’s unfinished project, completing it in 2017. They drew the balance of the alphabet’s 2,574 characters based on Choi’s drawings of the first 1,296 characters.

Because its first consonants are rather generous, AG Choijeongho has bigger counters than other serif fonts. It is slightly condensed, but still has ideal proportions for text. This standard release has 2,574 Hangul characters, Latin characters to accompany the Hangul, and 296 extended Latin characters. AG Typography Institute has announced that an upcoming Pro version will include 11,172 Hangul characters.

If asked to recommend a classic, standard serif typeface, I would recommend AG Choijeongho without hesitation.

Minjoo Ham is a type designer from South Korea. With Mark Frömberg Minjoo Ham founded Hypertype in 2020 in Berlin. In 2014/15 she completed the TypeMedia master course at the Royal Academy of Art (KABK) in The Hague, Netherlands, concentrating on research and type design of a Latin and Hangul double-script. Her typeface Dunkel Sans was awarded the fist Prize for Hangeul typeface at the Granshan Competition 2019. Besides working as a designer she attended Typojanchi international typography biennale 2019 as a curator. 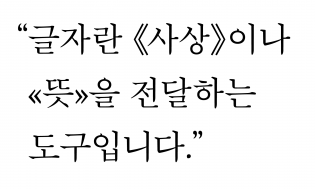 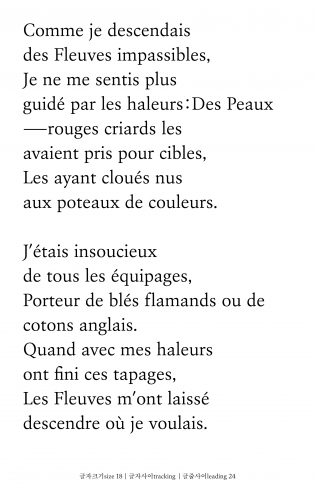