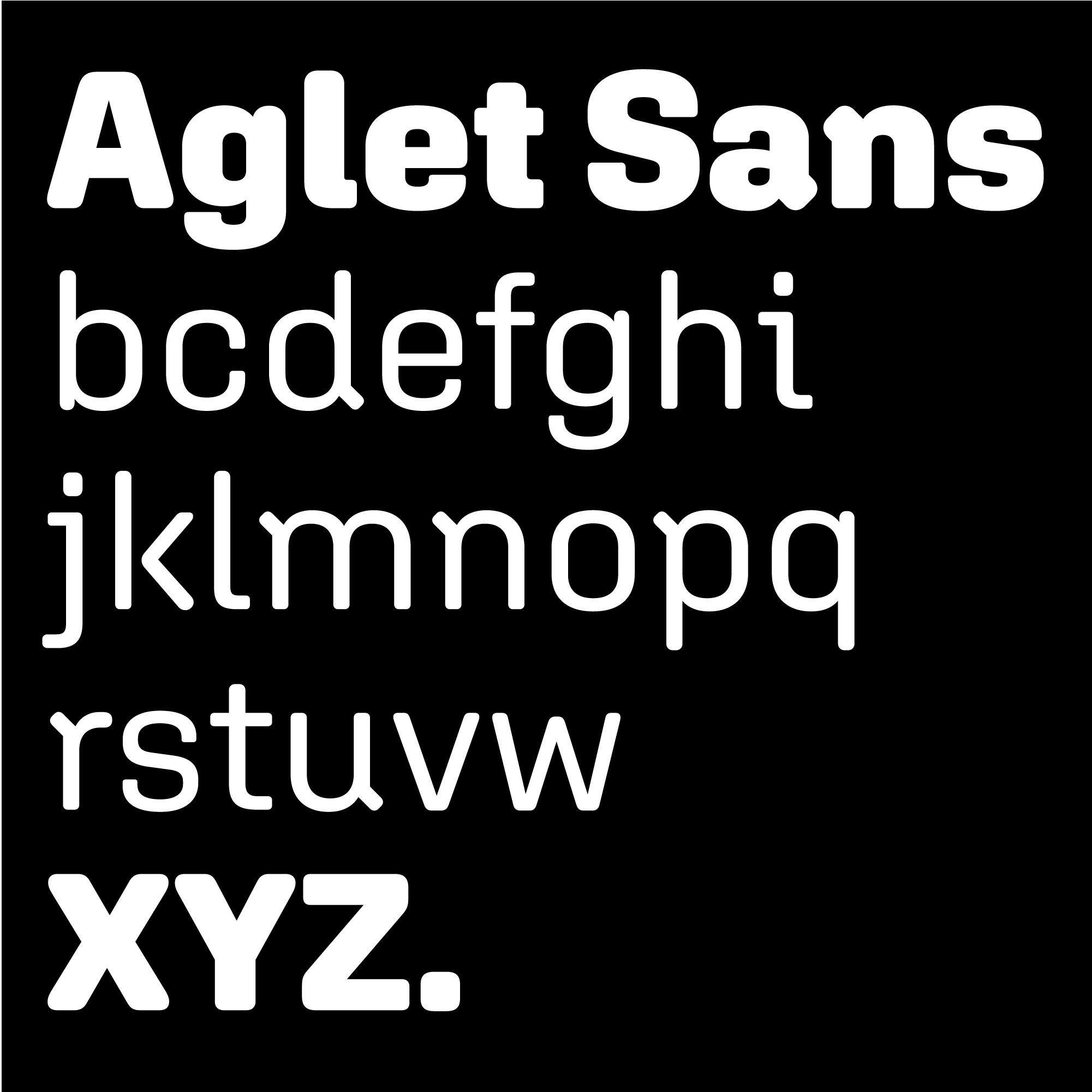 Aglet Sans is Jesse Ragan’s second iteration of the Aglet superfamily, the first being the much-beloved Aglet Slab, followed by (finally!) Aglet Mono. While the Sans was redrawn from the Slab, instead of just snipping off the serifs, it retains its distinct Agletness: the funky angular entrance and exit strokes, the precarious but graceful balance between technical and human, and the versatility to hold its own both in editorial and on billboards. It’s a quirky workhorse, both round and also angular, contradicting yet cohesive.

As a type designer, I admire both Jesse’s patience in exploring an idea so fully, and his doing so with this level of thought and care. As a graphic designer, I love the breadth that the Aglet family offers and also just the fact that it looks cool. As a reader, I enjoy that it’s both distinctly modern and warm. All of this to say that Aglet succeeds in a way that is rare in what can often feel like an overcrowded market. It stands out.

Maybe it’s because I’m writing this in 2020, both with the benefit of seeing the next iteration of Aglet and also against the backdrop of a particularly tumultuous year, but there is something prescient in the structured softness of Aglet Sans. This year has demanded more flexibility, more warmth, and more vulnerability than we as a society are comfortable with. Navigating the necessary structures we put in place for sanity’s sake while also finding ways to be malleable and soft is a lifelong lesson, but never has it been so fundamental to our everyday. It’s just a typeface, but Aglet Sans has it figured out.

Kara Gordon is a type designer at Commercial Type working out of Brooklyn, NY. A former editorial designer at The Atlantic and Point Five, she holds a BFA from the Sam Fox School at Washington University in St. Louis and was part of the inaugural class at [email protected]