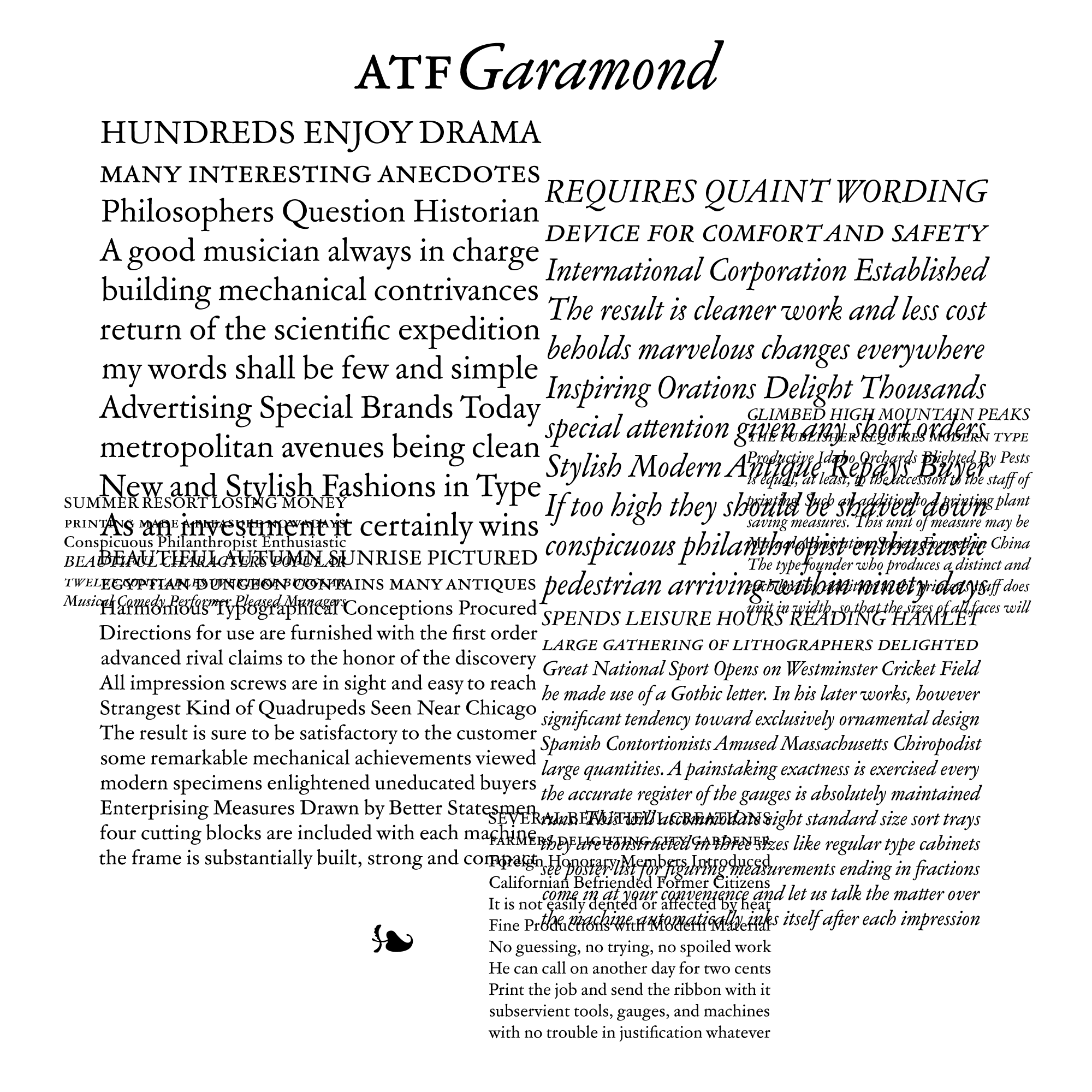 Of all of them, ATF Garamond, designed by Morris Fuller Benton, is by far my favorite. I know, I know. It’s not a true Garamond because it’s really based on the types cut by Jean Jannon, blah, blah, blah.

I just love how it looks. I think it’s one of the most beautiful typefaces ever. It’s filled with warmth and character. The details are irregular, almost whimsical. It feels handmade. And yet, as you build it up into words, sentences, paragraphs, it looks perfectly balanced, with that understated polish that Morris Fuller Benton brought to all of his typefaces.

Until now, there were only a few digital Garamonds that were even similar. Garamond No. 3 was the closest, based on the ATF version by way of Linotype back in the 1930s, but it’s flat-footed and crude by comparison. Then you have ITC Garamond, which is to ATF’s Garamond what Baby Looney Tunes is to Looney Tunes. Then there was Lanston’s Garamont, designed by Frederic Goudy, which cranks the quirkiness dial up to 10.

ATF Garamond, when it was released in 1917, was not an emulation of sixteenth-century type. It’s a twentieth-century creation made for modern readers and modern designers. Although the original was created for letterpress, the new digital ATF Garamond does a great job of capturing its look and feel.

It’s a solid release with an extensive character set that includes everything that was in the original and more, with OpenType features to support it, a nice range of weights, and three optical sizes (a Display version would be awesome, please). 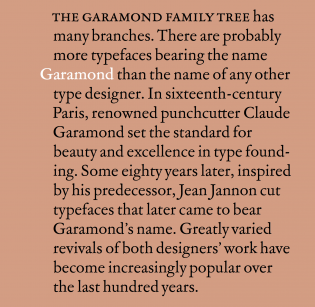 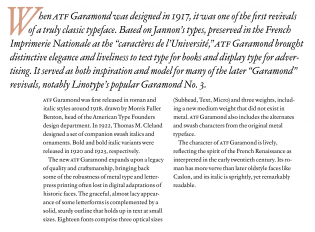 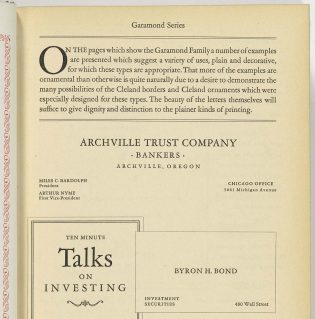