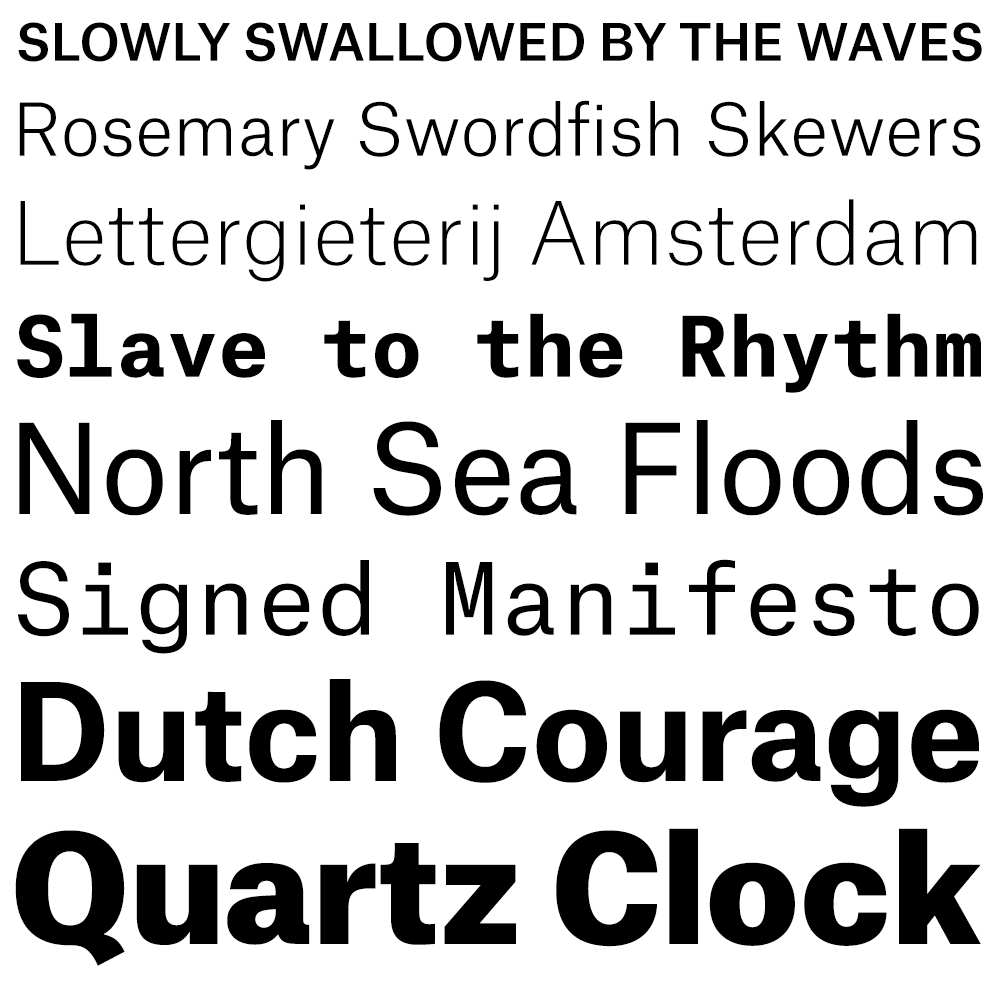 I have been in a love affair with grotesque sans serifs for many years now, so it’s no wonder I chose Atlas Grotesk as my favorite type family of 2012. Its clear, plain shapes simply appeal to my innate taste.

Any newly released Neo-Grotesque has to face the mother of the genre, Helvetica (1957). Being Swiss myself, it is hard to picture, but some of Atlas’ curves are possibly even more reserved than Helvetica’s. If Helvetica wore jeans, Atlas would squarely sport corduroy pants. But, boy, does it have a lot of fun in those pants!

In Atlas’ case, there’s another comparison worth making. The father of Atlas, Mercator (1959), has previously been dubbed the “Dutch Helvetica”. While Kai Bernau, one of the three designers of Atlas, previously called Mercator “a bit amateurish”, he also called it “thoroughly adorable”. Both are certainly true: Atlas contains some clear nods to its Dutch heritage — the unusually spirited ‘Q’, the bouncy ‘a’, and a very friendly ‘t’. But where Mercator becomes a bit goofy, Atlas gets serious.

If Helvetica and Mercator are the parents, there is also the uncle with whom Atlas shares a slightly uncanny resemblance. With its condensed shapes, Atlas features a rather American rhythm, reminiscent of Franklin Gothic (1902) and its compatriots.

Despite their numerous historical roots, Atlas Grotesk and its monospaced companion, Atlas Typewriter, are thoroughly contemporary designs. Atlas started in 2008 as a corporate type for MunichRe, a reinsurance company. With its condensed shapes, it sports tall ascenders and short descenders. This allows for rather short line heights and economical text setting. Its deliberate idiosyncrasies successfully differentiate it from other grotesques and show a clear attitude, but the designers never go overboard. In Atlas Typewriter’s case, they aimed for — and achieved — an unusually even texture for a monospace.

This all goes to show that, while the 1950s were a great time for grotesques, contemporary type design has nothing to be ashamed of. Refined grown-up designs are a sign of our blooming craft. The Atlas collection certainly is one of them.

Thierry Blancpain is a Swiss designer based in New York City. He's the cofounder of Grilli Type and design director of NYC-based design studio Informal Inquiry. 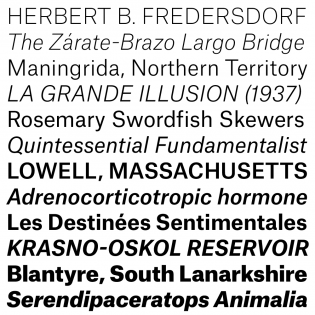 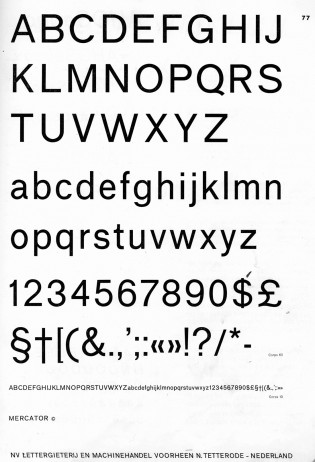