Jack Usine is behind many different websites, all of which testify to his incredible versatility — he is a graphic designer, an artist, a collector, an observer, and of course also a typeface designer.

All of his work carries a very distinctive, unmistakeable style — it’s cool.

Audimat 3000 is described by its creator as “DIN-like with French touch”. This is certainly correct, but for me it almost sounds like an understatement. I might describe it as “DIN’s badass cousin from France”, or maybe “What DIN would look like on a wild Saturday night”.

Audimat 3000 is perhaps one of the most generic designs among the many Usine has created, but his authorship is still evident. In spite of a stiff skeleton, it is a very joyful typeface, with small details and idiosyncrasies that make it charming and a little quirky. All of this personality does not come out of thin air; Audimat 3000 is inspired by constructed type found in vernacular signage, which Usine has been collecting for years on his Jules Vernacular blog.

In Audimat 3000, unexpected details do not come at the cost of inferior functionality. Quite the opposite: it works very well when set without any special treatment, but it can do so much more — it is chock-full of alternate glyphs, OpenType features, ligatures, and ornaments.

There are no less than fourteen stylistic sets, and they are really fun to work with! Swapping construction details, circling letters, or working with an instant license-plate generator — anything is possible! A kind of Herb-Lubalinesque style can be achieved (similar to Avant Garde, Usine calls it “LIGATUROGRAPHIE”) — just activate Stylistic Set 12.

All the other “normal” OpenType features are there as well. Some handy arrows and a bunch of symbols (☠) are accessible via discretionary ligatures. And there are even titling alternates for when a more exuberant, huge style of punctuation is required — this works particularly well in the Light styles.

I promised last year that moving forward I would only review fonts containing the HEAVY DOUBLE TURNED COMMA QUOTATION MARK ORNAMENT glyph. Obviously, Audimat 3000 has it.

Audimat 3000 is the third revision of the AUdimat (2003, 2006) family, which is still available (for free) on Usine’s website. However, I would recommend Audimat 3000 over any older version. The features are not comparable; the technical quality is so much better, and the price of this latest iteration is not much higher. In fact, all things considered, Audimat 3000 is quite cheap. The Regular is still free, and the whole family of four weights plus Italics costs just $12 each. This is type-Christmas.

As a font-tech guy, I not only appreciate the amount of love that Usine poured into the outlines and OpenType features — I’d also like to high-five him for adding proper style linking across the whole family.

If you are looking for a typeface family that is versatile, fresh, and a pure joy to use, look no further than Audimat 3000. The specimen alone is worth spending an afternoon with — a delicate piece of design that makes me laugh every time I open it.

The only thing I would criticize about Audimat 3000 is the microsite, which (at this point) just hosts a low-resolution version of the PDF specimen. Once this is changed, no criticism will persist, and this paragraph will be removed. 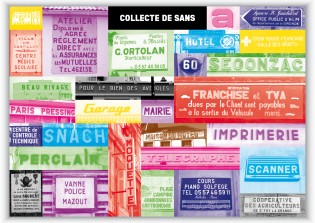 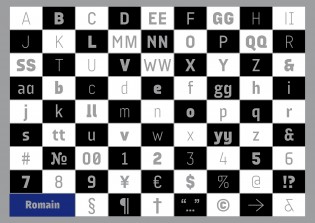 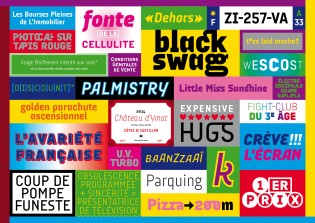