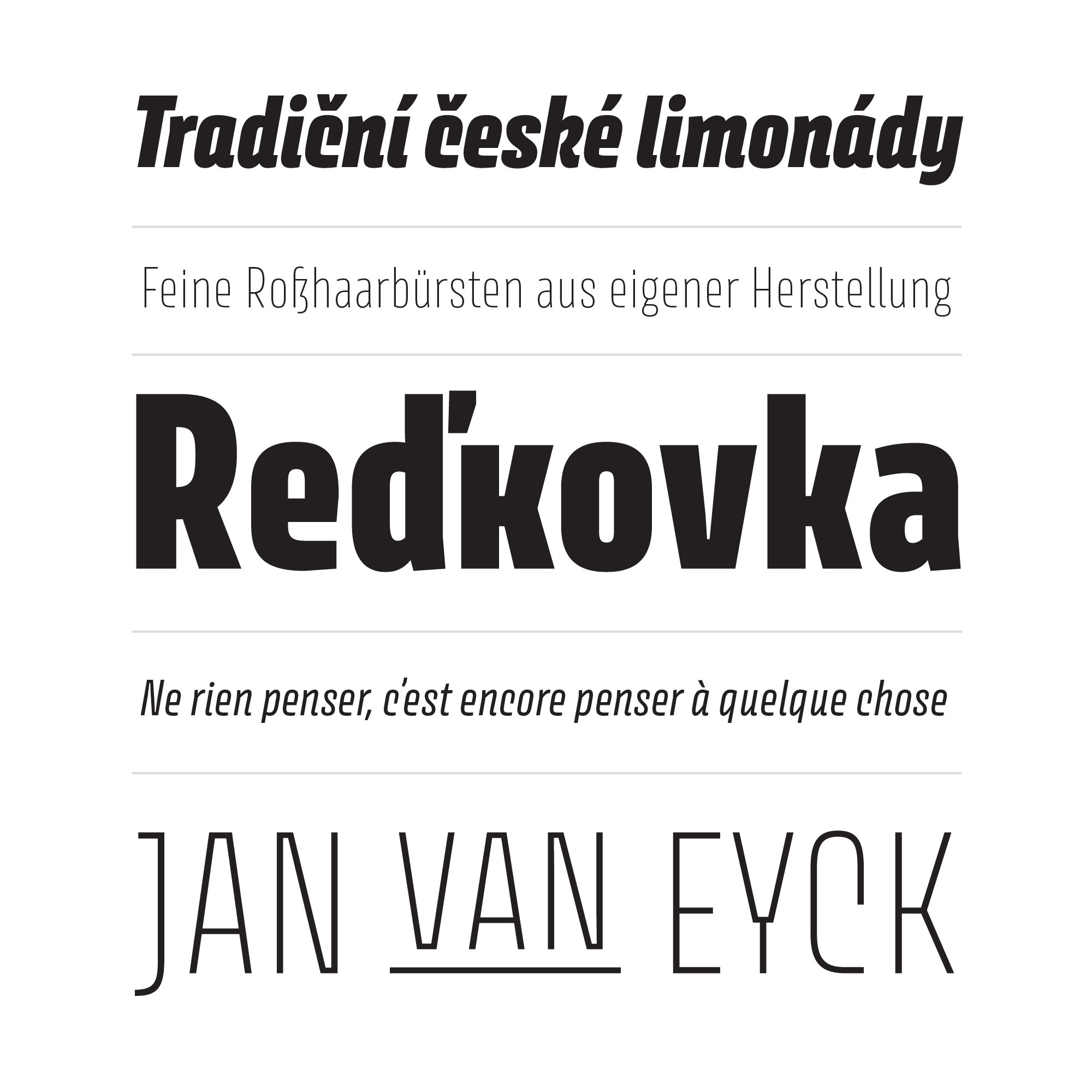 Typographic history favors metal and paper, specifically metal on paper. It is less kind to the ephemeral expressions of language made visible, like written or painted letters, or even letters carved in stone.

Shopfronts fade or get painted over, posters weather and disintegrate, carved inscriptions disappear with buildings that get renovated or torn down. Yet there is no denying that hand lettering and letter carving have historical and typographic value. They have produced some of the most inventive and extravagant letterforms, challenging time-honored typographic conventions to great effect.

One way to preserve those expressions of typographic ingenuity is to turn them into (digital) typefaces. It presents designers with a unique but fundamental problem. While letterers can adapt each individual character on the fly to create the best possible wordshapes and optimize the composition, the glyphs in a typeface need to work together harmoniously in any conceivable configuration. How much can the type designer regiment the letterforms without killing the spirit of the original lettering style?

Such was the challenge Sláva Jevčinová faced when she sought to interpret the lettering work of Jaroslav Benda, a lesser-known Czech graphic designer from the mid–twentieth century. Jevčinová’s approach was as straightforward as it was effective: don’t get blinded by the many variations in repeated letters, but uncover the conceptual core of Benda’s signature style to distill the underlying system informing their shape. All of the crucial elements that define the DNA of Benda’s typographic language are present in Jevčinová’s interpretation — the tall, low-waisted silhouettes, the horizontal connections where diagonals meet verticals (or one another), the apertures that fold onto themselves at the top and remain open at the bottom. Reveling in their quirkiness would have limited the usability of the type family. Instead, Jevčinová organically and elegantly wove them into the structure of an economic sans serif that looks surprisingly open and inviting for having such narrow proportions.

True to its lettering origins, Avory offers a plethora of variations to accommodate users’ preferences. Single-storey versions of a and g emphasize the vertical impetus of the design, while a non-descending J and alternative Dutch IJ permit tightly stacked headlines. Support for Greek and Cyrillic, along with the inclusion of many language-specific alternates, betray a keen sensitivity to multilingual typesetting.

Rosetta hits the nail on the head when describing Avory as “retro-chic or smart-casual”. For all its uncommon features, Avory looks effortlessly balanced and versatile. It exudes a friendly yet classy atmosphere, like that stylish friend who casually dresses down couture with snazzy sneakers. With its underlined capitals that bring the design back to its lettering roots, and its toned-down versions of key letters to assuage the reservations of more conservative type users, this is a gorgeous design that can go either way without losing its delightful personality.