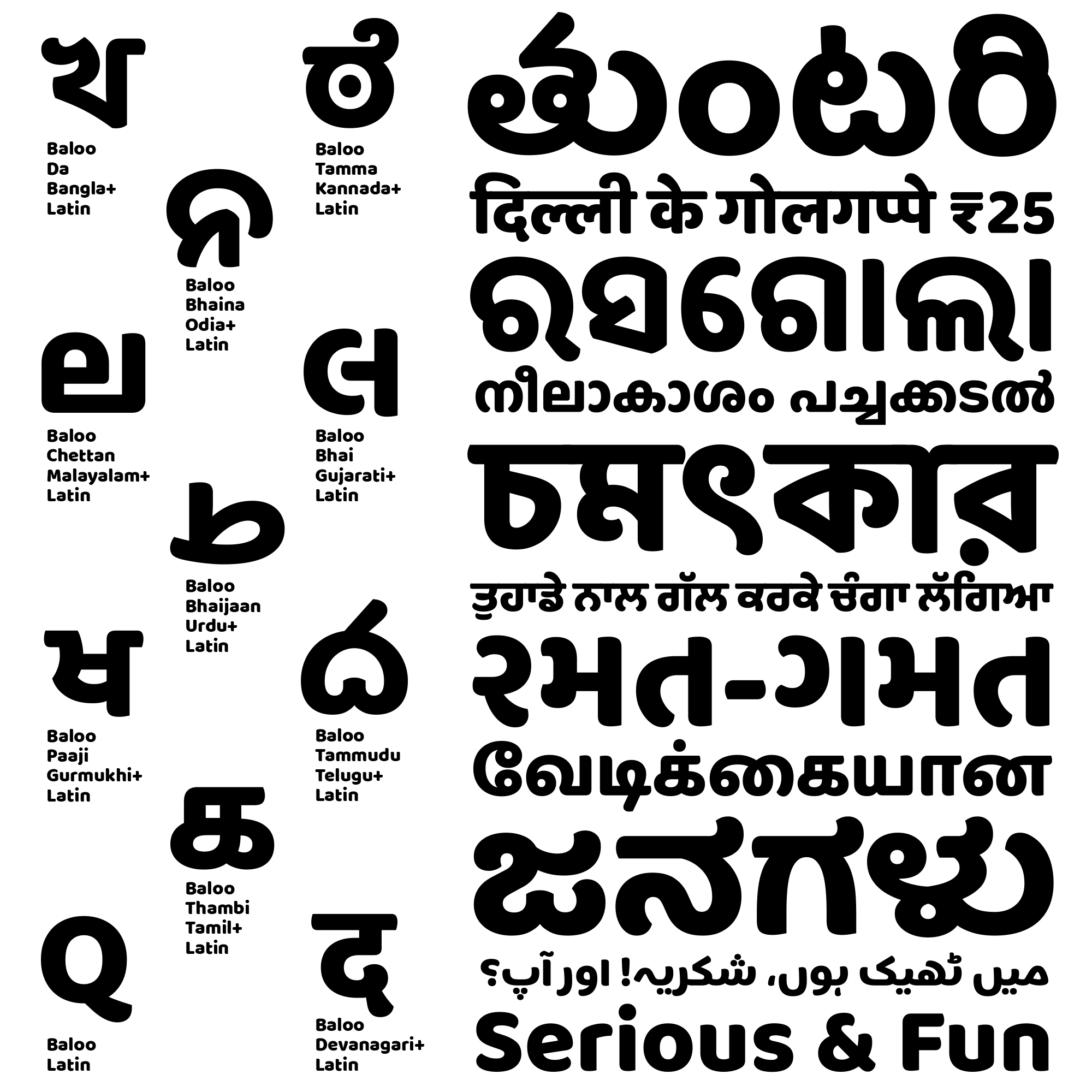 Baloo is a big deal. As far as I know, it’s the world’s first display typeface family to render the ten* most-used Indic writing systems in one cohesive style. These are scripts used by 1.3 billion people.

How difficult is this task? Each of the world’s scripts has its own visual language, and the multiscript type designer must act as an interpreter to find the common ground between them. In this case: the sharp, jagged forms of Bengali and the flowing loops of Malayalam; the cadence of repetitious Tamil and the variable texture and density of the lively Telugu; the hypnotic undulation of Odia’s top curves and Gurmukhi’s squarish, solid forms; the many curls, teardrops, and terminals of Kannada and the fluid simplicity of Gujarati; the dense, top-heavy Devanagari and the streamlined, simple Latin.

It’s a delicate balancing act, and I believe that Ek Type nailed it. Baloo’s soft, thick stroke was applied with great care, subtly quieting each script’s complicated elements, and smoothing over their differences. The designers have harmonized the stems, curves, angles, loops, ticks, dots, knots, and tails of roughly 3,500 different glyphs. The scripts look like they’ve all been wrapped in the same blanket. It’s just sublime. And while I feel that the scripts’ relative sizes may not be perfect, I commend the Ek Type design team for prioritizing the clarity of each letterform, no matter how complex. If Baloo represents the very beginning of Indic multiscript display families, I can’t imagine the marvels that are yet to come.

* Baloo Bhaijan, the Arabic script variant, was added in 2017, after this review was written.

Erin McLaughlin is a typeface designer and consultant who specializes in South Asian writing systems and co-organizes TypeWknd. 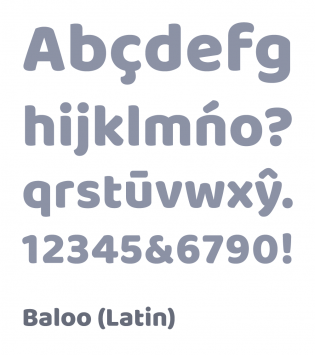 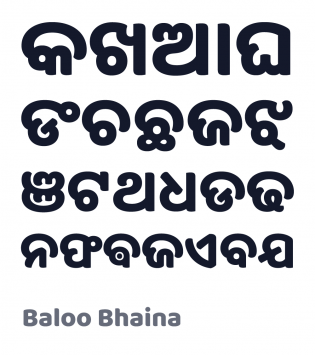 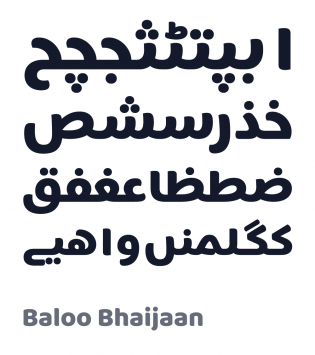