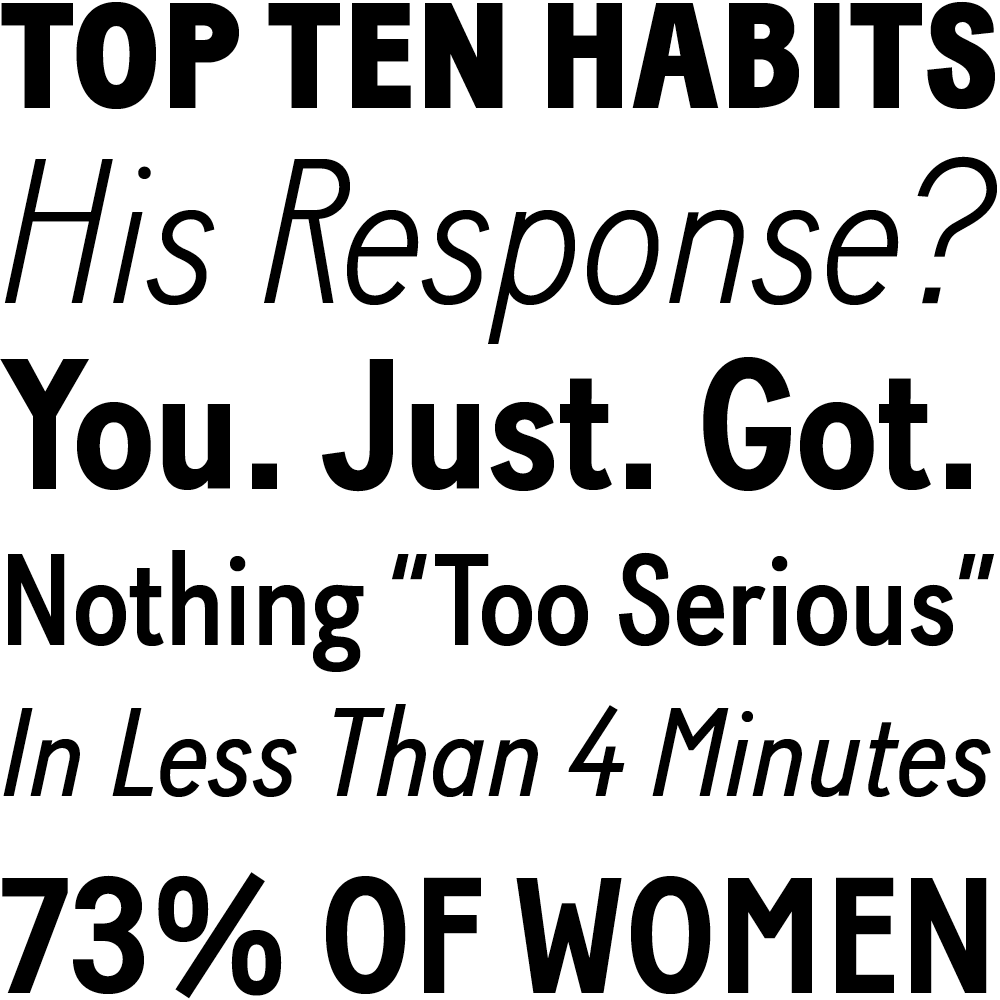 High-waisted capitals. Condensed propor­tions. Carefully naive letter forms. These are the broad cultural strokes that give Baton its charming personality.

One feels both nostalgia for an obscure modernist France of the early 20th century, and mystery — for this is not a typeface revival or rendering of a specific poster style, but fiction.

What more can one say? Many types seek to imagine the elusive spirit of otherly places in bygone ages, neatly expressing it in today’s sharply consistent out­lines and metrical precision. The quality of such types is pure visual style, unique and emotive, an essence that may be recognized and grow familiar, but can nev­er be described in anything more than general terms.

Baton speaks to me, intriguing me with its subtle inter­play of themes.

It is a language that engages the issue of auth­enticity. The eternal question: which value is to be most admir­ed, sophistication or sincerity? And why not both?

Canadian type designer Nick Shinn, R.G.D. grew up in Barton-le-Clay, England, and now lives in Orangeville, Ontario. He went into the font business full time in 1998 with Shinntype. He has written for magazines such as Eye and Codex, and spoken at the ATypI, TypeCon, TYPO Berlin and TYPO San Francisco conferences. 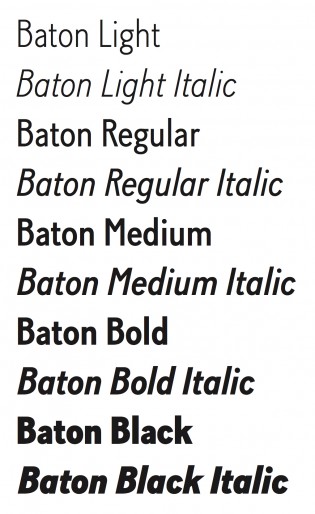 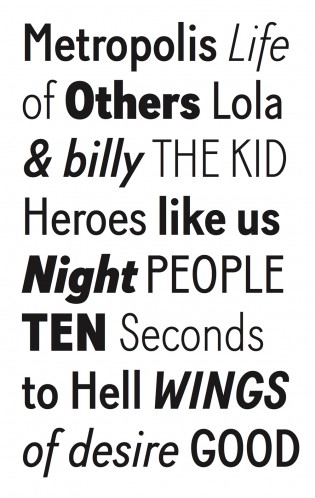