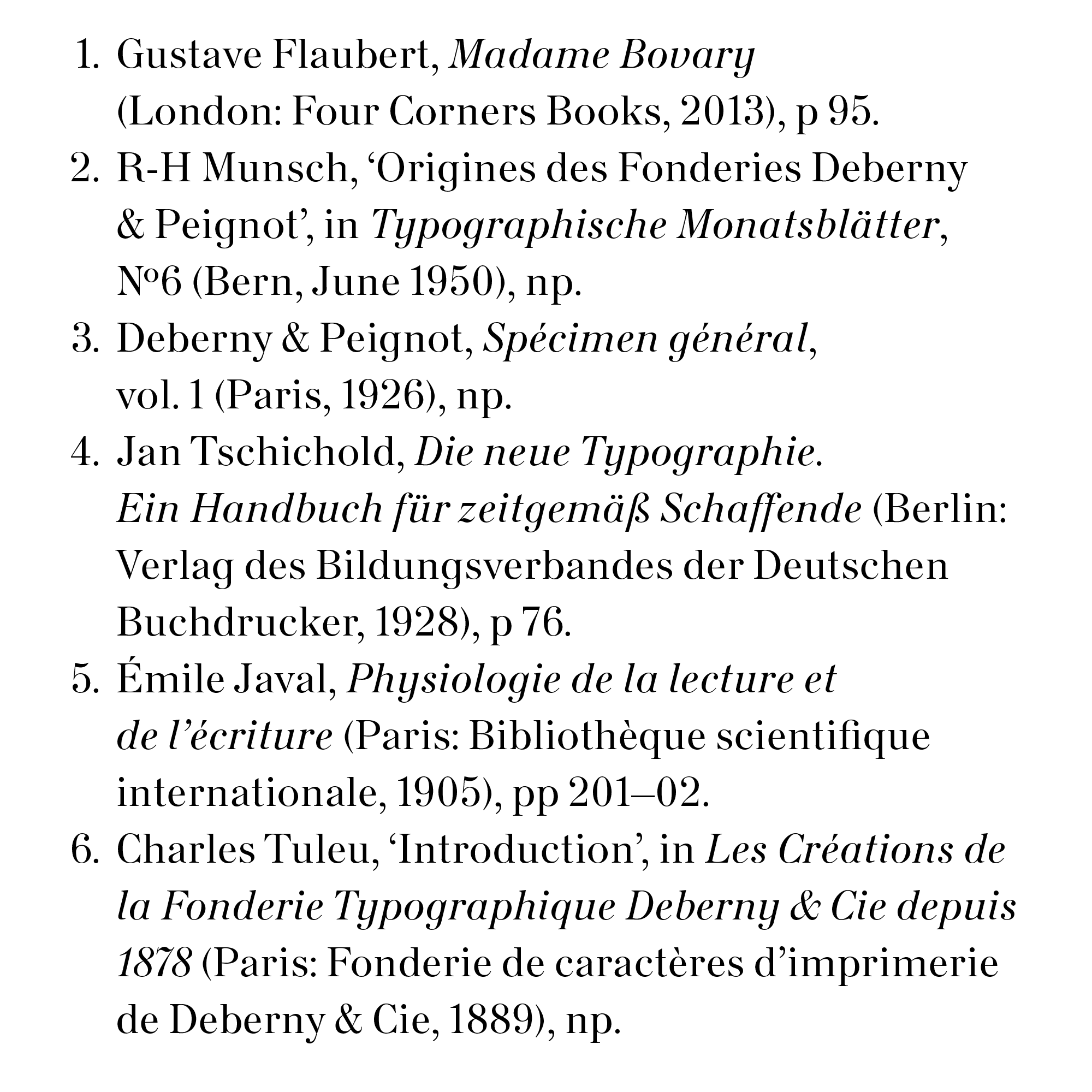 On September 24, 2003, Chris Anemone asked on Typophile: “What typeface is used for that paragraph, Hrant, do you know?” It was the body face of Louis Émile Javal’s seminal Physiologie de la lecture et de l’écriture of 1905. I had seen nothing like it. That question begot a glance, then a perusal, then an abyme into the world of Deberny (notably before the merger with Peignot) and then a very long wait until Berthe, the first digital revival of that Série №16 to do it justice.

Once in a blue moon, a revival contributes something missing, something lost. Berthe is rarer still because it actually contributes two things that today elude mainstream typography. First, it presents a congenial evolution of the theatrical Didone style of type. Lower contrast, fluid structures, humane proportions. It’s like a Didot or Bodoni taking leave of the catwalk and relaxing among friends. Sipping on cordial let loose that cordial monocular g. This makes Berthe a text face of a level its overly dramatic siblings could never attain, which can inform other down-to-earth interpretations of that exalted style.

The second conceptual rebirth offered by Berthe makes for an even better reason to write this review. Due to the inherent mechanical bias of ATF’s pantograph, and Stanley Morison’s underdeveloped interventions with W. A. Dwiggins and Jan van Krimpen, we have grown to misunderstand the potential of what’s called the “slanted-roman” ideology of italic; we’ve been brought up to harbor an undue degree of faith in the so-called “true” italic, which exhibits markedly more calligraphic structures than its roman counterpart. Under the direction of Charles Tuleu (Alexandre Deberny’s adoptive son) the Série №16 achieved a viable alternative, which this reviewer in fact finds preferable overall. An italic that skews the roman’s voice soberly, versus distracting with a dance that generally does not fit the mood the designer elected for the job. Visible most directly in the lowercase n, Berthe’s italic couples firmness and grace, in breathtaking harmony with its roman.

So thank you, Charles Mazé and ABYME, for enriching our future with long-dormant ideals from France’s unique typographic past. 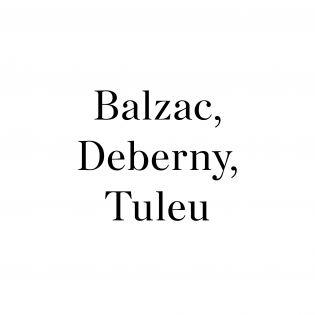