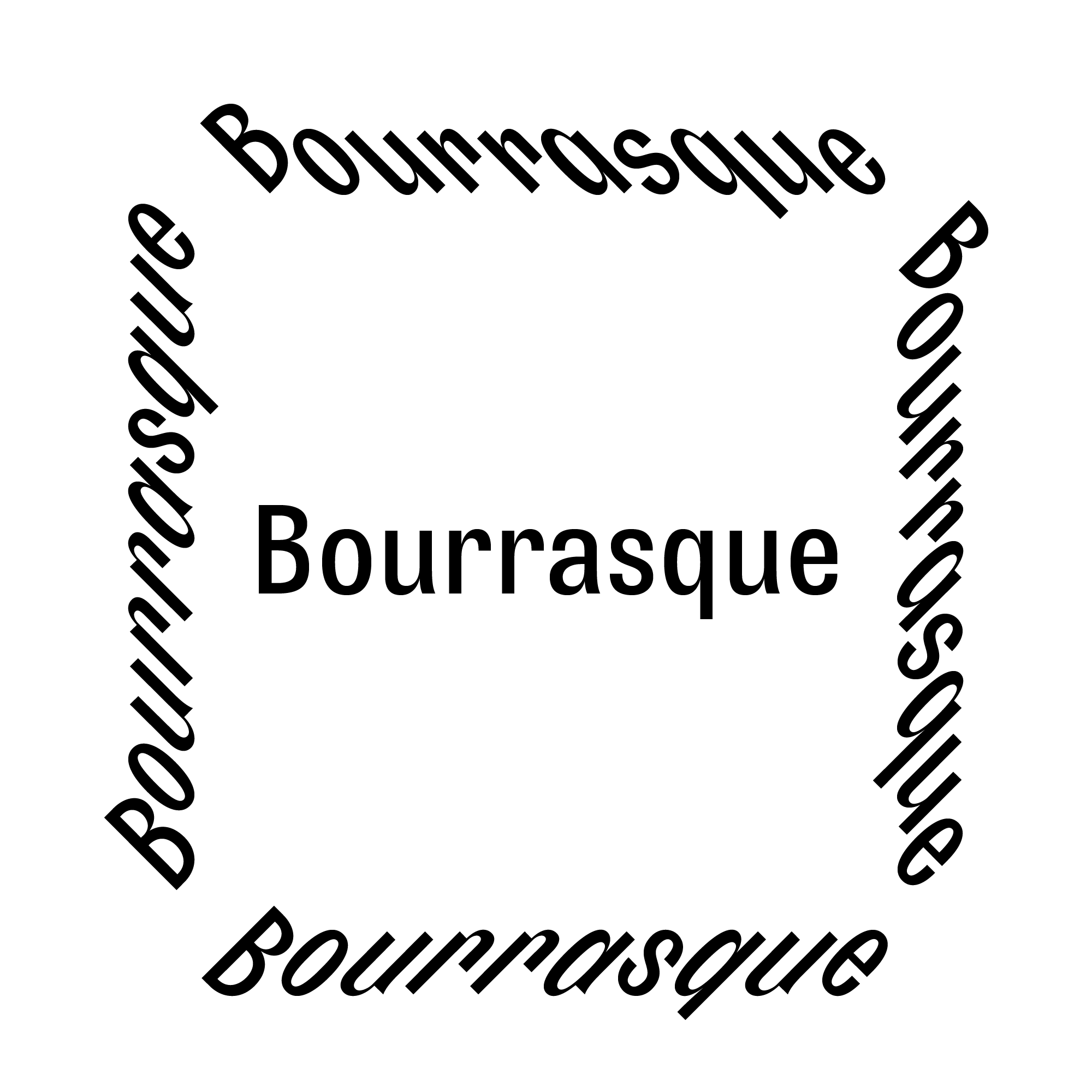 What if a typeface were forced to slant to such an extent that it challenged the limits of the acceptable? What if the slanting happened in both directions, leftward and rightward? And what if that opened up new possibilities in the boring orthogonality of digital typesetting?

The mix between slant, rotation, and italic makes Bourrasque a viable material to work with, even though the family only has three styles. That’s quite a refreshing breeze in a world populated by interesting-yet-difficult-to-use display typefaces. The key talent of the typeface’s designer, Bureau Brut’s Yoann Minet, was to limit the design concept by not adding distracting features; the upright version of Bourrasque is nothing but a sans serif with just a few hints toward its two tilted neighbors.

Not unlike the first avant-garde designers who steered away from the confining rectangles of metal type, Minet demonstrates that if you do one thing right, you can make it seem effortless. The extreme 45-degree angle confirms exactly this. Anywhere else, it would have proved a hassle to typeset, but Minet made it work. Both creative and useful, the aptly named Bourrasque (defined as a brief but strong whirling wind), goes beyond the linear and horizontal by insisting on diagonal, vertical setting, thus compelling typographers to be innovative in their work. 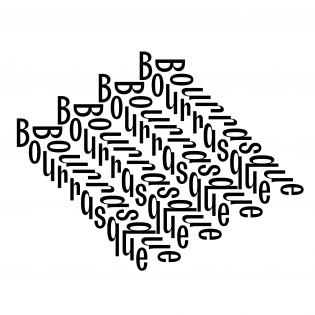 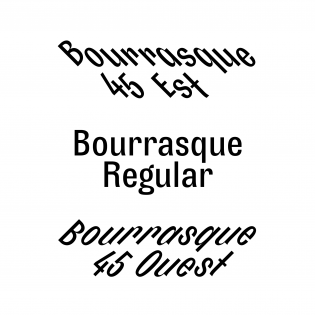