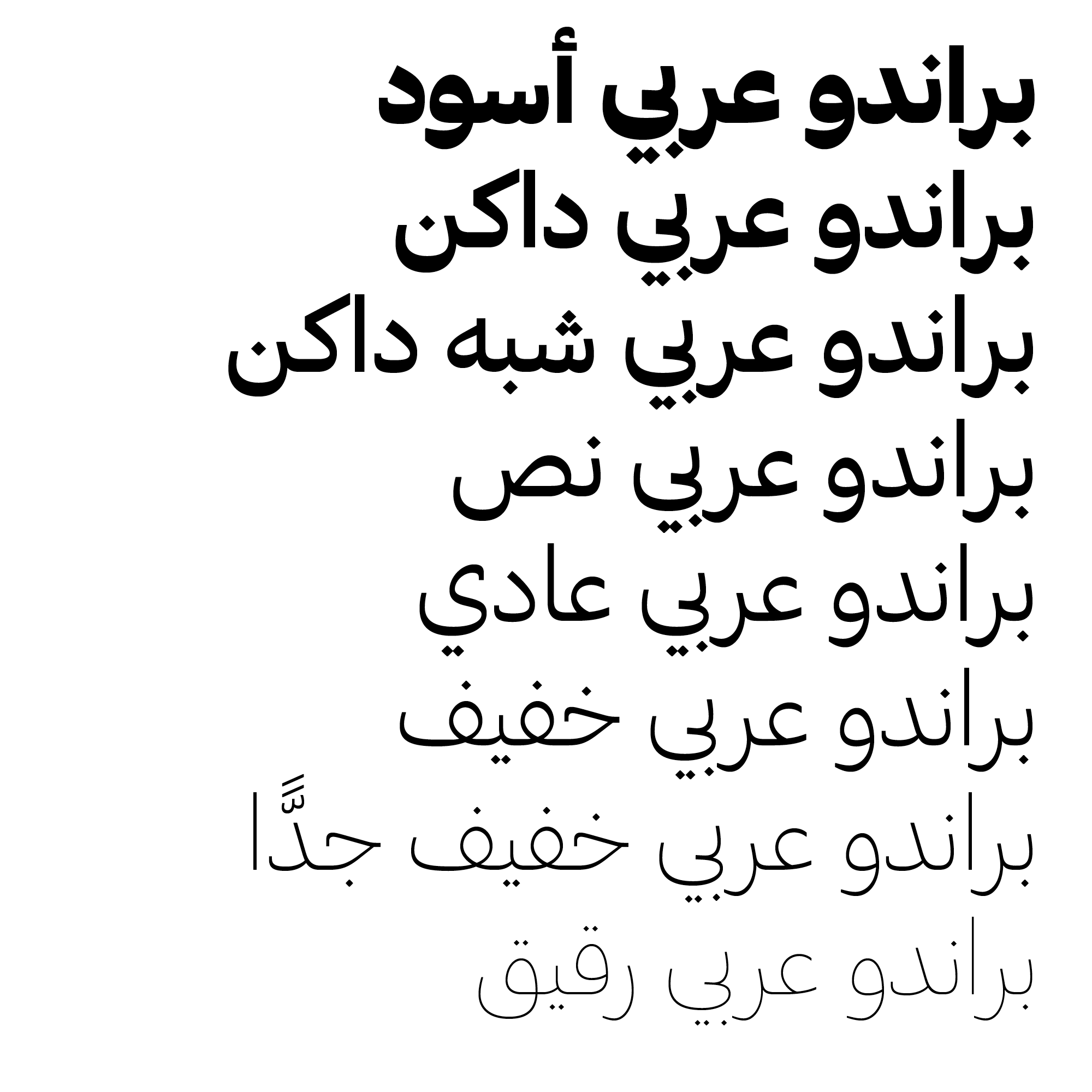 Brando Arabic is a visual translation by Waël Morcos and Khajag Apelian of the originally Latin typefaces Brando (2014) and Brando Sans (2016), designed by Mike Abbink. It follows the Naskh style. In the tenth century, the calligrapher Ibn Muqlah standardized this script to be used principally for secular writings. Until then, letters had been the carriers of holy scriptures. The Naskh style is now the most widely used one for printed and online works, regardless of their spiritual content.

With its roundness, wide counters, and clear shapes, Brando Arabic conserves the pragmatic identity of the Naskh style, injecting an organic feel into its anatomy while remaining highly legible. The fact that the typeface supports Arabic Persian and Urdu systems with 460 glyphs and eight weights makes it particularly versatile. In addition, its contrast is constructed around a median that works with both Brando and Brando Sans, which lends a unique flexibility and contemporary quality to the Arabic version.

In an effort to learn more about how the designers shaped Brando Arabic’s anatomy to work with both the serif and sans cuts, I asked Morcos to elaborate. He told me that “in terms of contrast, the Latin serif face has a much higher contrast than the Latin sans. The Arabic sits somewhere in the middle. As for the serif detailing, we included a stylized serif-like ending (حلية) where it occurs naturally in Arabic without making it the main feature of the Arabic typeface, so that the overall texture is still simple enough to work with the Latin sans”.

Arabic typography has long suffered from stagnation due to the sacralization of calligraphy. Brando Arabic is certainly an innovative contribution to the Arab world, which now produces publications of all sorts and embraces modern requirements of communication.

Dina Benbrahim is an Arab multidisciplinary creative who uses a feminist lens to focus on illuminating the power in human beings to be transformative forces in society. She is an Assistant Professor at University at Buffalo, SUNY. Her current research investigates design for civic action and social justice for marginalized communities to collectively reimagine equitable futures. Dina is motivated to activate greatness in everyone she encounters. 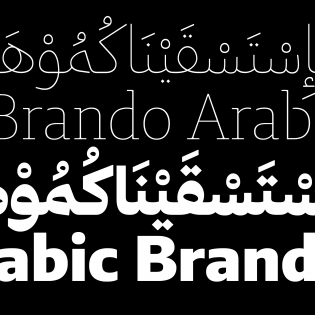 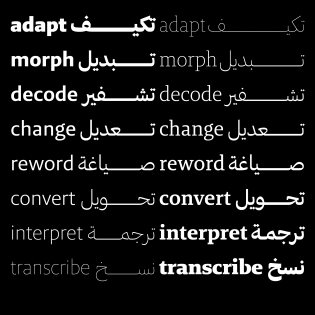