When I think about the design of Miguel Reyes’ Canela, I keep returning to the idea of a melting pot. It’s what I reached for when asked to design a wedding invitation for friends (the union of a Californian with a Mexican living in the Midwest); the typeface expressed the cultural melding of their marriage exactly.

Canela is not a revival of Reyes’ starting point (the designs of William Caslon), but a reimagining of general Caslon typographic proportions through the hands of a Mexican-born designer who was trained in Holland, and who now works in New York and Mexico. Evident in the typeface is the hallmark of Commercial Type — a love of recasting historical forms to suit contemporary taste — but done with Reyes’ experience in stone carving and hand lettering. Reyes breathes fresh life into this historical model.

The mark of the chisel is clear in Canela’s forms. Wedge-shaped serifs, a formal crispness in the shapes, and an imperial contrast in the capitals all point to a stone carver’s hand. Are the forms exactly what a chisel makes? No, but beziers aren’t stone either. The aesthetic is there.

Layered with the chisel’s formality is a spark of delight and play that comes from the rhythm of the hand. The tail on the upright Q, for example, has the immediacy of the hand in its form. This vibrancy is easier to see in the design’s italics, where the slant, compactness, and lighter weight readily convey the influences of Reyes’ brush-lettering experience.

This design isn’t my usual typographic taste. The forms and rhythm happen in a way that just don’t align with how I tend to think. But Canela is what I want to see more of in typeface design: a unique voice made possible by bringing the personal to the traditional. The design doesn’t feel tied to one tool or culture (it does not feel British, American, or Mexican); instead, it lives within a variety of traditions and contexts. These are the sorts of designs we need more of today. 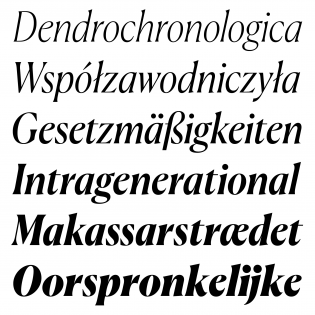 This Canela ad appeared in the New York subway in June 2016. 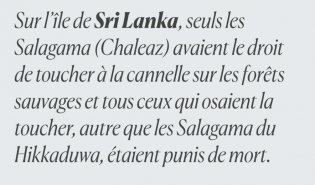