Carter Sans is what might be classified as a “flare serif” typeface. I say “might”, because typefaces like Carter Sans have always occupied a typographic no man’s land between sans and serif camps. This middle ground has always interested me because, while there is ample historical precedent for such a typeface, in order for it to thrive in such an unusual environment it must break a few conventions.

Carter Sans nods to other typefaces of its kind (Berthold Wolpe’s Albertus chief among them) but, more often than not, makes it up as it goes along. The proportions and construction of the characters are industrial – more Verdana than Trajan – which sets it apart from the rest of its “flare serif” ilk. There are also little moments that attract me to this typeface: the ‘9’ that doesn’t connect at the stem, the counter of the ‘a’ that isn’t symmetric with the outside of the stroke, the ‘J’ with its top stroke. None of these are expected from such a typeface, but they are more than welcome.

What I like the most about Carter Sans, however, is the modern approach to the construction of its capitals. Their squarish proportions are perfect for making grand proclamations. These letters are most at home when carved into the stone of a 19th century cathedral, or cast in lead, coated with black ink, and rammed into paper by a big, sturdy, iron printing press.

When I look at the strokes of Carter Sans I am reminded of the engineering term reverse entasis, which describes a structural beam or column that has been thinned in the middle but doesn’t reduce in strength. The subtle weight variance in the strokes makes Carter seem stronger, not weaker, even at its thinnest weight.

With Carter Sans, Matthew Carter and Dan Reynolds have struck gold in an infrequently mined area of type design. What they created is a rock-solid set of four weights with lots of unique character.

Colin M. Ford is an alumnus of the Type and Media program at the Royal Academy of Art in The Hague (KABK). He now lives in New York and works for Hoefler & Co. as a typeface designer. 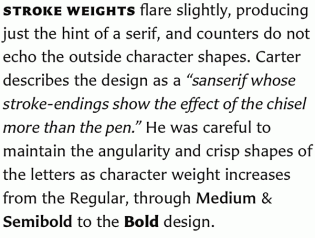 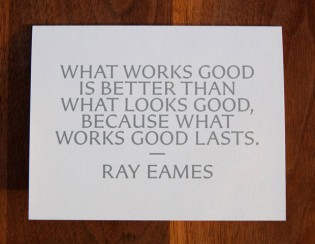 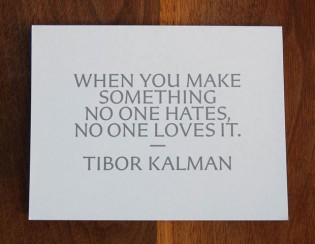