Commercial Classics, the much-anticipated brainchild of Commercial Type, launched in 2019. The project serves as a catalog of typefaces that investigate and bring back to life some of the most notable milestones of English design during the Industrial Revolution / Victorian era. Although the designs of this epoch are sometimes criticized for lacking a clear conceptual direction, this period was nevertheless one of the most prolific and innovative periods in the history of type, bringing us new genres and styles, including sans serifs, slab serifs, bold weights, and a multitude of decorative typefaces.

Designed by Paul Barnes and Tim Ripper, Caslon Doric is one of the most remarkable outcomes of this project. The typeface’s namesake foundry, Caslon, comprised four generations of the Caslon family, who, through their foundry and work, made great contributions to type design — particularly the sans serif, which is commonly attributed to William Caslon IV.

Caslon Doric was initially created only as a set of bold capital letters. Lowercase characters would come later — an addition that was followed by a number of further developments, as explained in the compelling story accompanying the typeface. Barnes and Ripper masterfully revived this grotesque by maintaining its warmth. Its original charm is preserved in the typeface’s quirky details: the modulated stroke, which in some curves resembles hooks; the angled and flared stroke terminals; and other character­istics typically reserved for letters such as R, Q, and G.

But perhaps the greatest success of Barnes and Ripper’s adaptation is their tailoring of this gem from the past to meet modern-day requirements by providing a certain consistency across the typeface and making it available in multiple styles and widths — from Condensed to Extended. Caslon Doric, along with the entirety of the Commercial Classics collection, is presented in action in fantastic specimen books and on posters created by Fraser Muggeridge studio, which extend an exciting invitation to graphic designers to explore the potential of this typeface in contemporary contexts.

Based in Montreal, Louise Paradis joined the Optimo team in late 2018. She also teaches regularly at UQAM and often gets involved in graphic design projects. 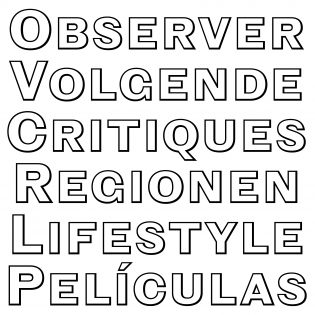