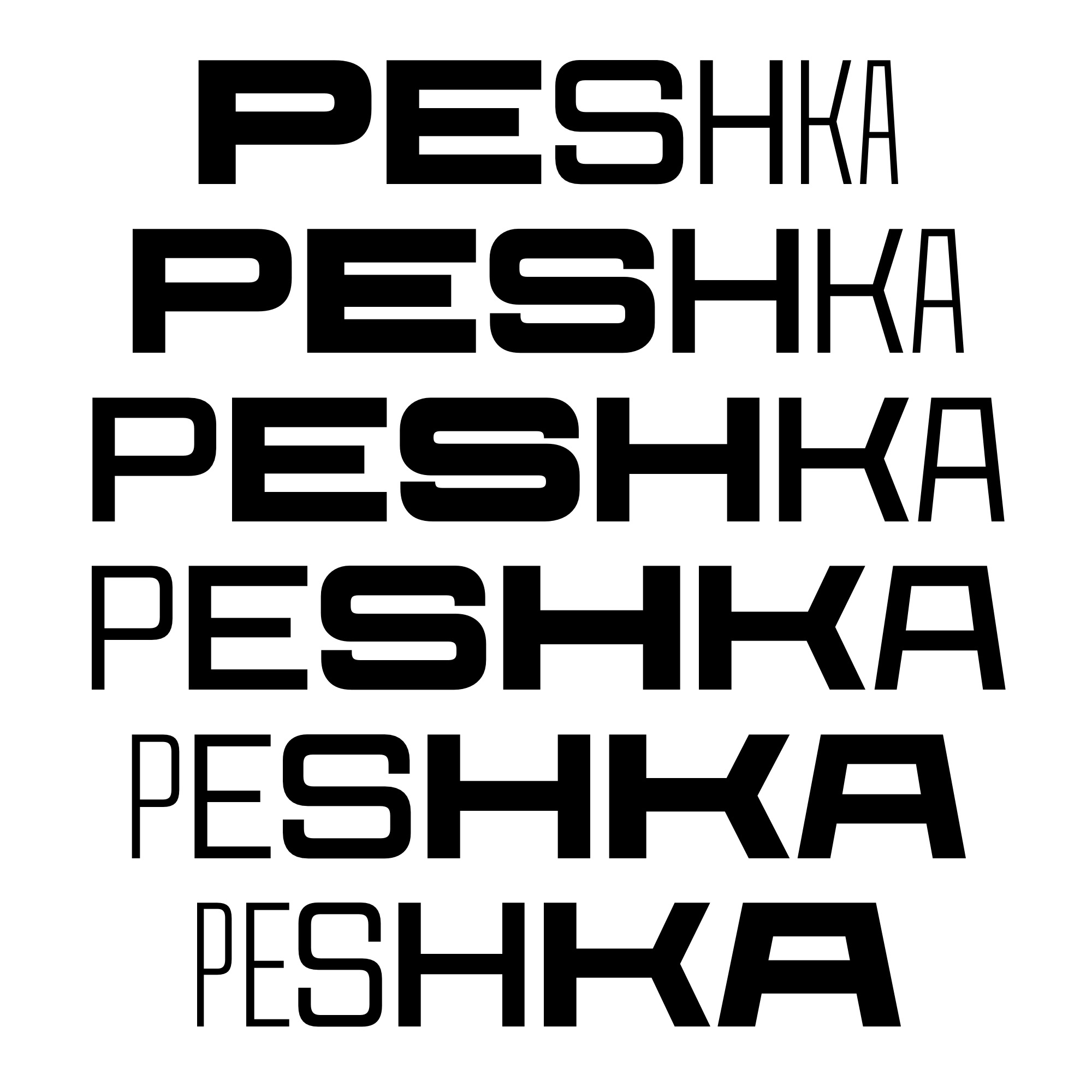 There are so many things to admire about this extensive type family from Contrast Foundry.

The extreme range of widths enhances CoFo Peshka’s utilitarian essence and makes it a truly versatile tool. Yet its wonderfully robust and straightforward character stands out at every turn. Thanks to the thoughtful way the diacritics have been designed, the typeface maintains its signature compactness in every language it covers. A set of alternates contains even more compact diacritical marks.

But what makes my Cyrillic heart beat faster is the role Cyrillic plays in this design. I’m under the impression that the Latin lettershapes of CoFo Peshka follow rules established by the Cyrillic, which is what gives the Latin part of the typeface such a captivating freshness. The Cyrillic script — and, to be more precise, one of its most ultimate manifestations, the harsh yet potent typographic style that was born during the turbulence of the early twentieth century — is at the core of the entire family’s character.

CoFo Peshka is a contemporary and cultured paraphrase of the uncompromisingly angular letters so beloved by Russian constructivists. These inflexible, curveless lettershapes not only adequately reflected the revolutionary aesthetic, but were also easy to render out of scantly available materials. It’s no wonder this typographic style became a symbol of the young Soviet state. In my opinion, it deserves to be interpreted in a competent and sophisticated way, and Maria Doreuli delivers.

Aleksandra Samulenkova is a Latvian-born type designer based in the Netherlands. She graduated from the TypeMedia master program at KABK in The Hague. Her award-winning typeface Pilot is among the few contemporary type designs that are cast in metal. Aleksandra is native to Latin and Cyrillic and has a keen interest in the origins of typographic traditions within these scripts. 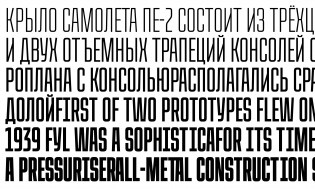