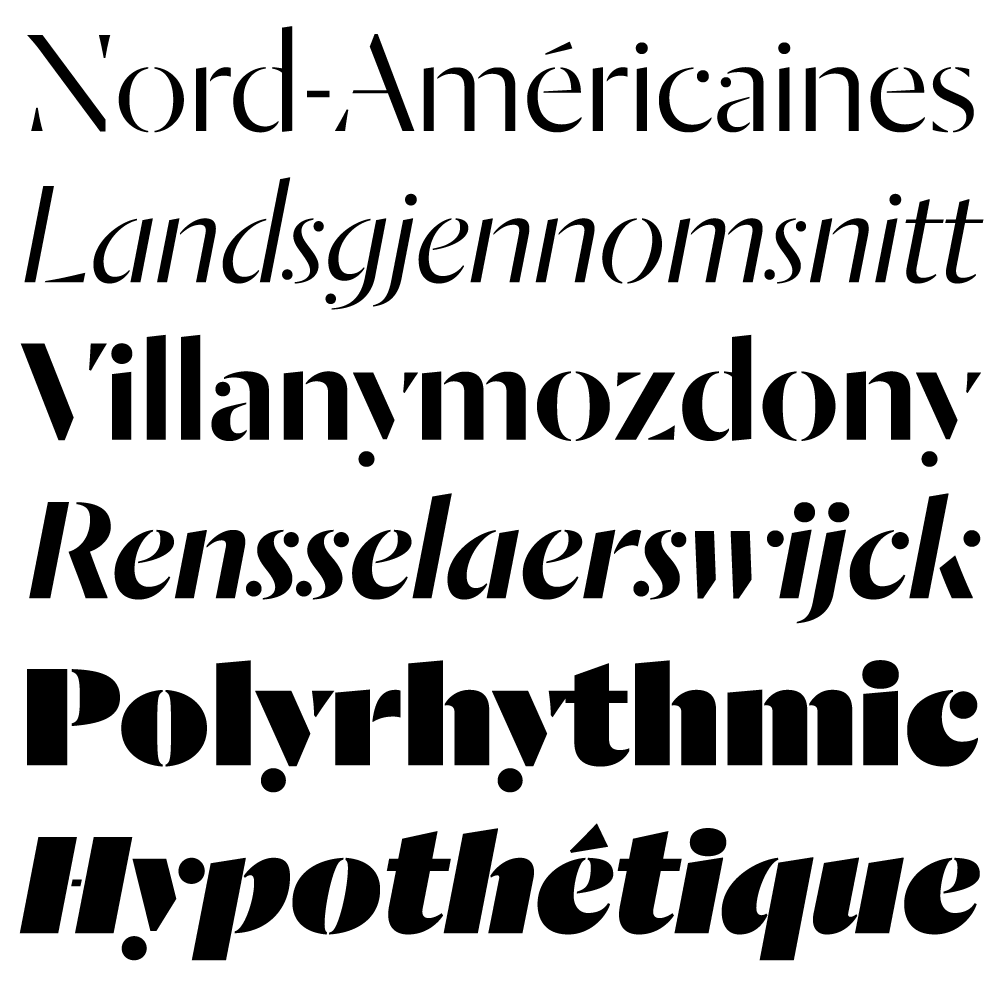 Dala Moa has a very particular voice that mixes the practicality of stencil faces with the refinement of a high-contrast sans serif. It is the cousin of Dala Floda, a stencil serif originally conceived as the display face for the contemporary art magazine Frieze.

While most stencil fonts are decidedly cold and static, Dala Moa’s simplicity is shared with a carefully cons­idered humanist warmth. The letters are stripped to the bone, leaving subtle connecting details only noticeable when typeset in larger sizes (see for example the lowercase ‘p’ and ‘d’, and the ‘st’ and ‘ct’ ligatures).

If this typeface is an exercise in abstraction, the con­struc­tion is anything but basic. Instead of combining separate shapes, Dala Moa pushes the contrast of a given letter to the point where the notion of contin­uous stroke is nothing but an impression. This is be­cause the serifs — reinterpreted as simple round balls and triangular shapes — emerge naturally from the pre­ceding stroke. If that wasn’t enough, the swash OpenType feature replaces the triangular serif with a circle, turning most uppercase letters into slashes and dots, adding to the punctuated musical rhythm.

Even though Dala Moa is inspired by Jan Tschichold’s 1930s stencil experiment Saskia, it brings to mind Neville Brody’s FF Blur (1992). The two typefaces share a common ethos: they are both typographic tran­slations of physical properties of the natural world: erosion, degeneration, and disappearance. While Blur characterized the visual language of the early ’90s, Dala Moa is already playing a noticeable role in framing the populist fashion taste of today’s visual culture.

From Thin to Fat, Dala Moa goes through eight weights, each with a corresponding italic. Words typeset in any of these weights always seem to recede into the whiteness of the page. Dala Moa is a novelty with a pleasant surprise at every curve. 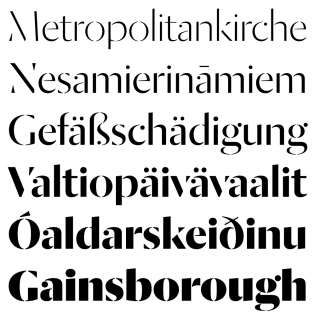 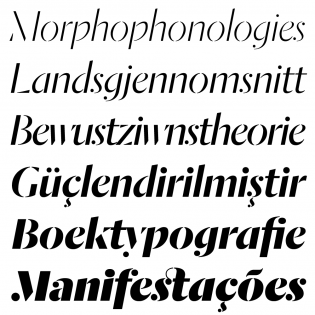