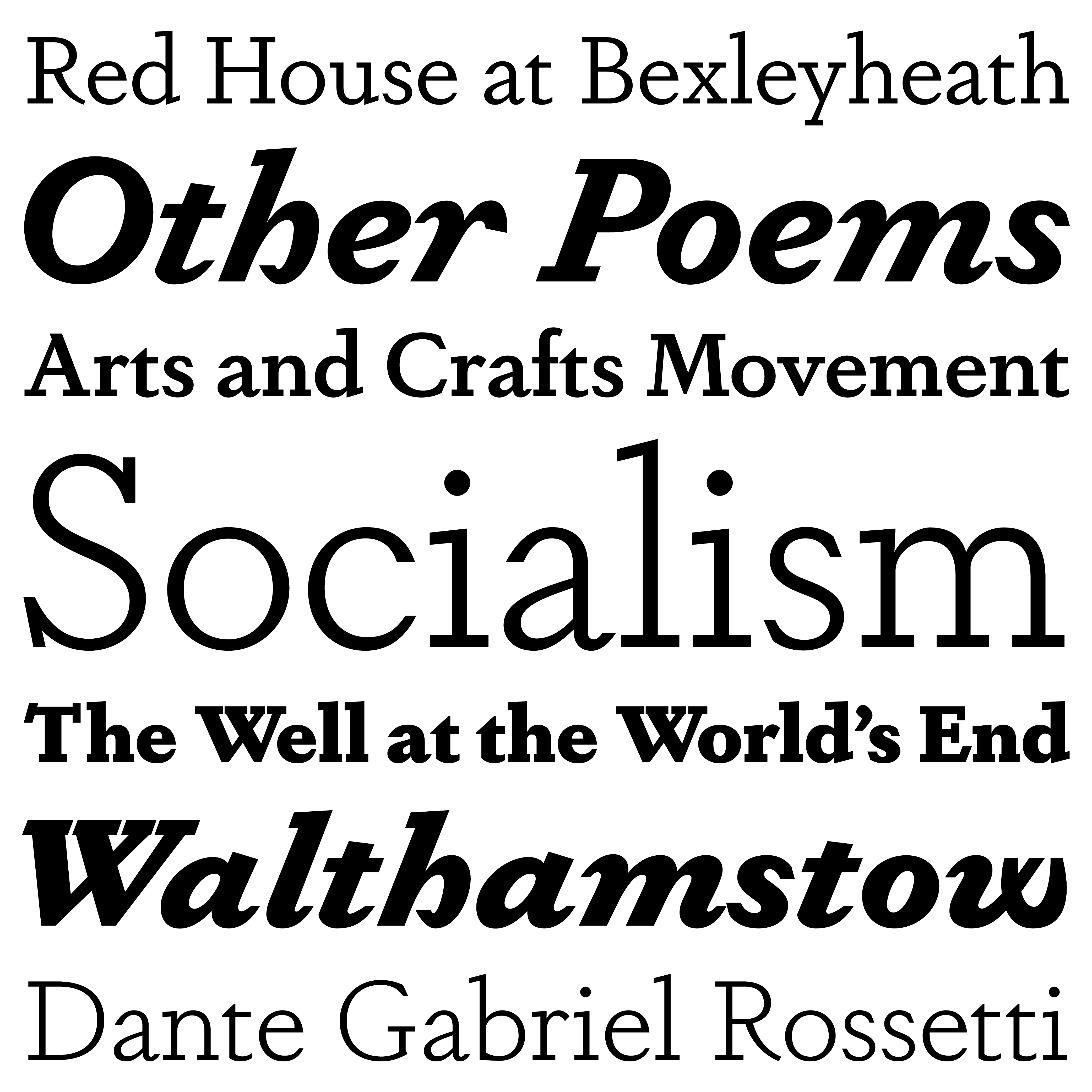 Dapifer is a remarkable work.

Fundamentally, Darden is mixing elements from a number of different eras and usually-distinct classifications. It is a low-contrast old style typeface, but without bracketing of the serifs, hence technically a slab serif. The design is “sourcing strokes from designers as varied as William Morris and Emil Rudolf Weiss,” as Darden puts it. It has echoes of Eric Gill’s work as well. The cap ‘R’ feels completely 1900 Morris-or-ATF to me, while the top arch of the lowercase a is almost Rotis-Semiserif-like. Only, you know, done better. And with an old-style lilt.

The italics are fascinating. I look at the letters individually and I initially have some skepticism. I just don’t like the design of the swoopy incoming x-height serif and outgoing baseline serif on letters such as m, u and n. But a typeface is much more than the sum of its parts, and seeing the italics in action, they simply work—and very well indeed.

In describing such varied sources blended in a single typeface, I fear the regular reader of Typographica may be reminded of Stephen Coles’ rather famous criticism of Roboto on this very site, as a “four-headed Frankenfont” for mixing elements of quite disparate sans serif styles. Should we revile Dapifer for the same reasons?

I think not. The Dapifer forest is more than the sum of its parts. The sin is not truly in the act of blending things from different sources or genres; it’s a question of execution and details. Nobody is knocking Christian Schwartz for taking a Venetian oldstyle of the Morris-meets-ATF style and turning it into a modern newspaper text face, with Houston. I believe Darden has done something more daring, but equally successful.

Thomas Phinney is President of FontLab, makers of font creation tools, as well as an independent consultant on fonts. Thomas is also secretary of ATypI, the international typographic association. He previously worked for Adobe (1997–2008) and Extensis (2009–2014).