When Gerard Unger’s Demos was initially released forty years ago, it was composed of dots. Eventually the letters were converted to vector outlines; by 2001, a refined Neue Demos became the face of the German federal government for over ten years. In 2015, the typeface returned fully refurbished, extended to several weights and equipped for multiple languages as Demos Next.

Demos has exciting lettershapes from a typographer’s standpoint and yet it might also be the type historian in me who selected this face for its revealing design process. In 1975, Demos was part of the first generation of commercially available digital typefaces for a type setting machine, called Digiset, from the Kiel-based firm Hell AG.1 The electronic composition process was based on a cathode ray tube (CRT) and created letters using vertical lines, which were then exposed on film. Letters were beamed by spots of light, the type itself had been dematerialized — a notable development in the history of type.

The design of typefaces for Hell’s Digiset was a meticulous process that demanded a lot of patience. Original drawings were made on a CRT grid with 120 horizontal positions and 100 vertical positions per em to produce type sizes between 8 and 16 pt (Didot). For Unger, designing Demos was “the result of technical as well as aesthetic considerations.”2 This statement points to a well-known issue: the balance of a desire for aesthetics and a sensitivity to the necessary restrictions of technology.

Perhaps the most obvious characteristic of Demos is its smooth appearance, which is rooted in the absence of sharp corners — a technical consideration. In some project documentation, Unger later pointed out: “The design of Demos rests on the principle that a halftone dot is usually underexposed and tends to shrink. Then, on the offset plate as it is overdeveloped the dot tends to regain its original size…”3 Similarly, sharp corners turn blunt in various stages of the process — something that particularly concerned Unger. However, by rounding those areas off in advance, they retained their shapes instead.

With programs to produce digital outlines of letters, such as Ikarus, which had been around since the mid-1970s, Demos was soon freed from the rigid grid of the Digiset. Along with Praxis (another typeface designed by Unger for Hell), this duo shaped the visual identity of the German federal government for over a decade. 4 In 2011, Unger started with the redesign of what became known as Demos Next, with the assistance of Dan Reynolds (early in the process) and Linda Hintz (later on).

While most of the letters look untouched at first glance, subtle refinements have been made to details such as the subtly more softened terminal in ‘c’ and ‘e’ — overall the letters appear a bit more rounded — and the dots of ‘i’ and ‘j’, as well as punctuation, were redesigned in an almost superellipse-like manner. The most obvious change is the new concept in weights: they’ve expanded from the original regular, italic, and bold to six evenly balanced weights (light, regular, medium, bold, heavy, black) with respective italics. The regular weight is now slightly lighter.

Some final thoughts: compared to the capital letters, the original Demos had an unusually tall x-height, making it quite suitable for newspaper text. In the “next” version, however, this ratio between caps and lowercase has been slightly reduced. Keeping in mind that Demos was once designed for a low-resolution output device, its screen compatibility was literally predetermined — a plus for the complementary webfonts. In a Demos type specimen from the late 1970s, the possibilities of early electronic distortion are displayed; the horizontal stress of the letters allows for a convincing “Demos condensed” result, generated by 20 pt type on 16 pt width. While I hope to see Demos’ old pal Praxis in a similar redesign some time in the future, perhaps proper condensed weights are worth a thought? Historical models are already out there.

Comparison of the ‘a’ in the regular weights of Demos (showing the CRT grid), Neue Demos and Demos Next 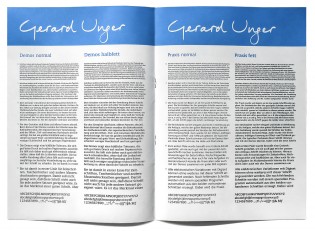 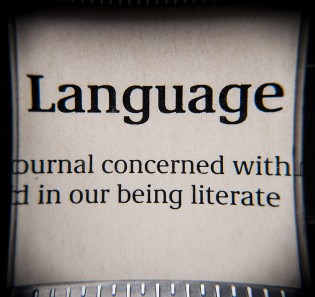 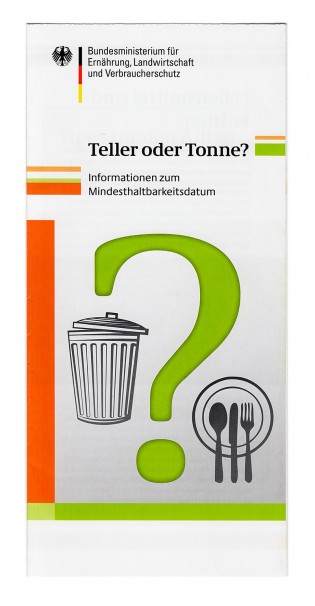 Use of Neue Demos and Neue Praxis for a brochure issued by the German Federal Ministry of Food and Agriculture (with kind permission from the collection of Dr. Gerard Unger, Bussum)