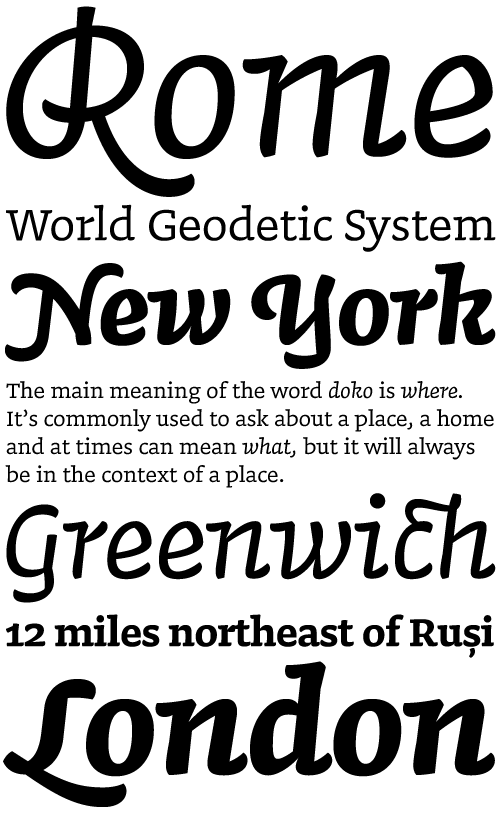 Doko’s name was generated automatically. Designer Ondrej Jób was only sure of how the name should sound, and — based on a small number of variables — he wrote a Python script that finally created the name he was looking for.

This is not the only thing that makes Doko unique. Doko’s features are drawn from various fields of inspiration, including comics and cartoons, illustration, and hand-lettering. The letter proportions (big head on a small body) are a direct reference to cartoon characters. In the italic styles, especially in the decorative swash caps, the nod to brush lettering is clearly visible.

As this project was started in the Type & Media master program at KABK in The Hague, Jób created extensive documentation where he states the goal of designing a serif typeface, but also plans to “have some fun” along the way. He clearly succeeded. Doko is, indeed, a serif typeface, and every letter is witness of the fun Ondrej must have had drawing it – the vigor they carry in their curves is quite evident.

Doko is a fresh take on the classic four-style type family model – pairing a Book and a Bold weight with their matching italics. Being a deliberate decision, this reduction is nice. For constructing a basic typographic hierarchy, Doko will go a long way.

Doko comes with a host of typographic niceties, such as the mentioned titling capitals, different figure styles, and a load of ligatures. Additionally, many alternate characters exist, emphasizing the playful nature of the family. By design, Doko is suited for many applications. One such fertile field is editorial design, where short paragraphs of text are combined with big headlines that can show off its illustrative features. Doko is also an excellent choice for packaging, especially if the appetizing swash caps are used. (Who wouldn’t love Doko Cereal, Chocolate, or Cream?) 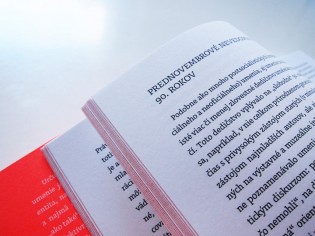