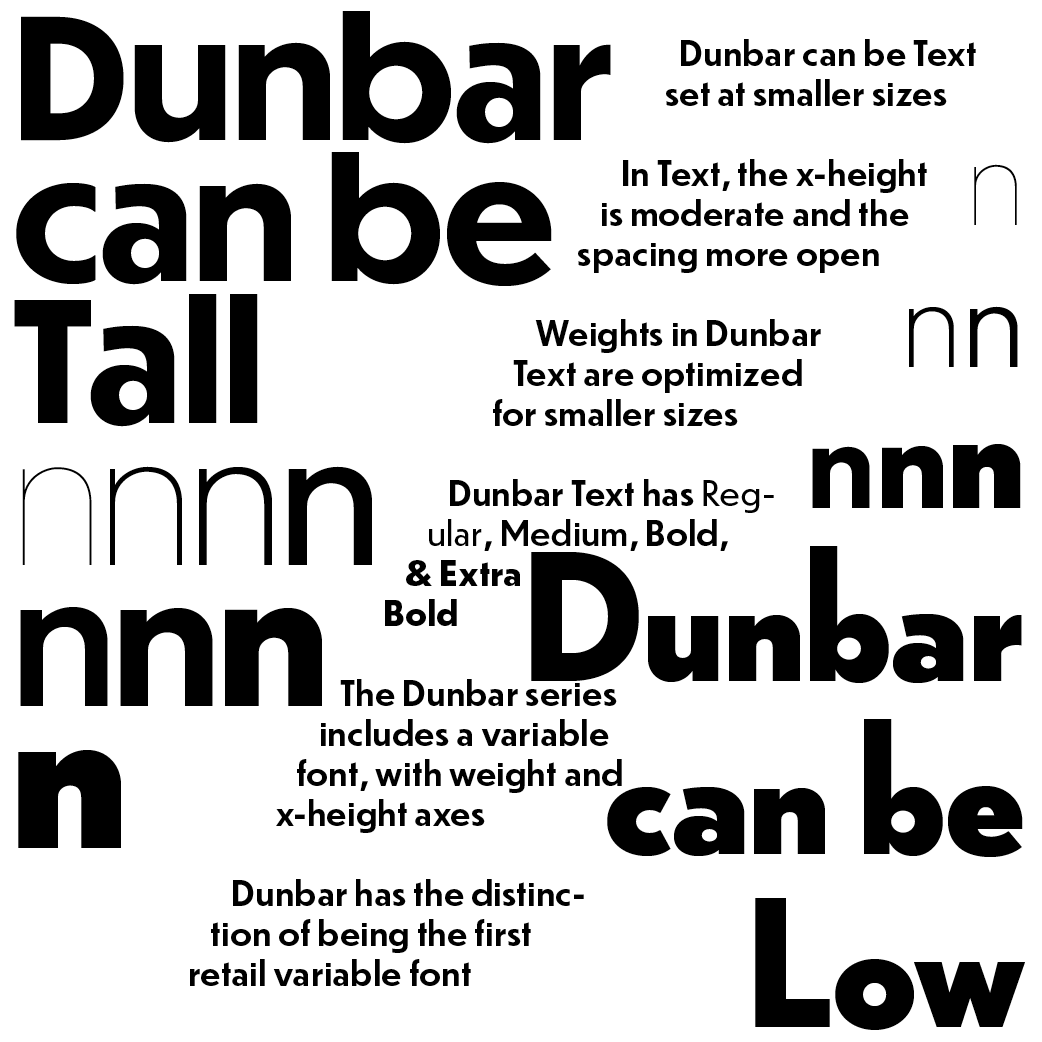 variable fonts
Featured in
Typefaces of 2016
Elsewhere
Get the Fontsi

Although a renaissance of geometric sans serifs has been underway for the past several years, two of the original classics experienced rebirth only recently.

Kabel and Erbar-Grotesk have always been my favorite geometric faces — with a slight preference for the latter, a design by Jakob Erbar (1878–1935). Fortunately, the idea of an updated Erbar-Grotesk fell into the skilled hands of a type designer who happens to have a strong interest in the latest font technology. CJ Dunn’s Dunbar is less an exact digital revival than a rediscovery of Erbar-Grotesk, taken to another level through what is possible with today’s tools.

You have to love the original metal version of Jakob Erbar’s geometric sans (Fig. 1). I can never decide whether I’m most delighted by the belly of the a, the bent leg of the R, the diagonally cut-off t, or the ingrown umlaut dots in the bold Ö. But certainly it is the ß, a character that has both an ascender and a descender in Erbar-Grotesk, that I get the biggest kick out of (Fig. 2). Not to mention the tz ligature. No, wait — it’s the iconic ampersand with the open counter! At the p98a letterpress workshop , I’m surrounded by these characters (in various metal sizes). Out on Berlin’s streets, I also see them every day; the names of the street signs are set in a typeface influenced by Erbar-Grotesk.1

The release of Erbar-Grotesk’s first weights with the Frankfurt-based Ludwig & Mayer type foundry is usually dated around 1925 and 1927, although the truth probably lies somewhere in between. In fact, Albrecht Seemann’s Handbuch der Schriftarten, one of the most reliable sources for dating foundry type from German-speaking countries, mentions 1926.2 The year 1922 also circulates; that date, however, doesn’t refer to a release, but to the earliest documented Erbar-Grotesk alphabet sketched by the designer (Fig. 3).3 Jakob Erbar allegedy started working on the alphabet around 1914, stopped the designs due to the outbreak of World War I, and drew a first complete set of capitals by 1920. Visual proof of this can still be found at the archives.4 The explosive nature of this game of numbers mainly has to do with the ongoing feud between Erbar and Futura about which face can claim to be the first-born of all German geometric grotesques. Paul Renner’s Futura obviously got the lion’s share of fame, but Jakob Erbar equipped his design with some astonishing features that have not received much attention in the past.

The first three weights pack quite a punch: they all have a different x-height (Fig. 4). While it was not unusual for the height of lowercase glyphs to increase in the bolder weights, Jakob Erbar intentionally drew two sets of the regular weights, each with different x-heights in proportion to the capitals. Set I features an x-height appropriate for the anatomy of a geometric sans and relatively common at the time; Set II has an extremely low x-height (Fig. 5). What’s more, by the early 1930s, Erbar-Grotesk was extended to a well-built family of several weights, including a condensed, and was equipped with multiple alternate characters. Among them were a single-story a and capital letters (A, Ä, M, N, V, and W) with pointy apexes — characteristic features of the popular Futura.

But Jakob Erbar does not get sole credit for developing a family with different x-height proportions. Hermann Hoffmann’s Reklameschrift Block, for example, already consisted of several weights (including the related Berliner Grotesk, 1913), widths (normal, condensed, compressed) and multiple alternate characters when the in-house design department of the Berlin-based Berthold type foundry released Hochblock in 1926 (the same year as Erbar-Grotesk) — adding another style and a third dimension to the type family altogether. Hochblock has an extremely low x-height and long ascenders, as a companion to the original Block, which had already been issued as early as 1908 (Fig. 6).

Unfortunately, until recently Erbar-Grotesk had never been properly digitized. Existing versions by Linotype and URW only cover fractions of the family, respectively, and overlook the interesting features mentioned above that would have been worth reviving. CJ Dunn redrew many of the historical lettershapes, although, as I mentioned at the outset, his overall approach to Erbar-Grotesk is less a direct revival than a rediscovery of Jakob Erbar’s original concept. The new typeface appears under Dunn’s own label and is also available through Type Network.

Dunn developed a full Latin character set, extended the family to several weights, and added a range of optical and stylistic variants, including the many iconic characters drawn by Erbar. Among them are stylistic alternates for the Umlaut letters, a single-story a, and discretionary ligatures of the combinations ch and ck (very common in German, which is why they were cast on the same body in the metal-type days). But beyond these features, perhaps the most important aspect of Dunn’s new typeface is the concept of styles within the family: Dunn not only revived Jakob Erbar’s idea of different proportions of the same weight, but further developed it into a concept of variable x-heights. The key to this concept is the new format specification for variable fonts introduced in OpenType version 1.8.

Dunbar essentially consists of three family members: Dunbar Text for body copy and Dunbar Low and Dunbar Tall for large display sizes, each in a different range of weights. Dunbar Text resembles the original Erbar-Grotesk Set I in its x-height–cap-height ratio, while Dunbar Low is influenced by the extreme proportions of Set II. It naturally has a strong vertical impression and creates a lot of white space between lines. Dunbar Tall is the opposite: the lowercase sits extremely high and therefore has a strong horizontal impact. In addition to these characteristics, the tight tracking creates a certain resemblance to 1970s phototype alphabets — namely those of ITC, an association that was not unintended by Dunn (Fig. 7). For any typographer, this is an exciting trio: by changing the x-height parameter through each style of the same family, the design space of even the smallest bits of text can be explored very differently.

The new OpenType variations format was officially announced at ATypI Warsaw.5 In short, it allows a range of weights, as well as the interpolated instances between them (and therefore an entire family, or even multiple related families), to be stored in a single font file instead of needing separate files for each weight or style. It’s possible to create the slightest variations between existing instances.6 Many applications still don’t support the new format, but that is rapidly changing.7

Last year, before releasing Dunbar, Dunn began raising awareness of variable font technology by selling two versions of n (one as an “interpolation error,” and another that worked fine) in the new format for just $1 each through his website (Fig. 8). For him, it’s a “promotional piece, a proof-of-concept”; he credits Erik van Blokland with having guided him through the process of developing these variable fonts.8

Dunn recognized the innovative ideas that Jakob Erbar had planted in Erbar-Grotesk and gave the exploration of alternate letterforms and proportions a new direction through variable fonts. This technology could not have had a more appropriate introduction in practice. Jakob Erbar would have enjoyed OpenType variations very much. 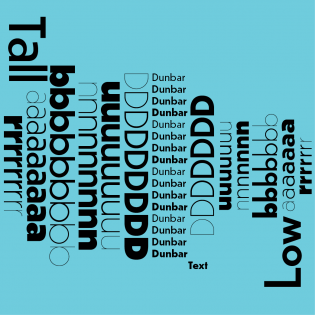 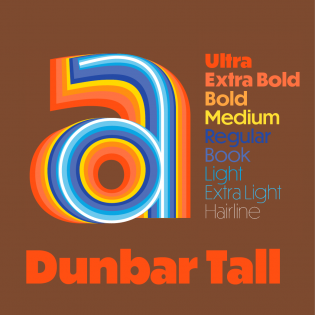 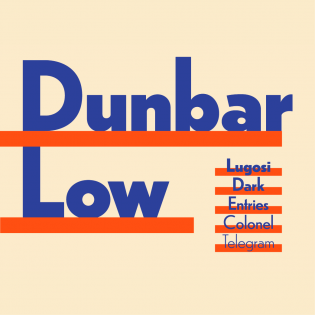 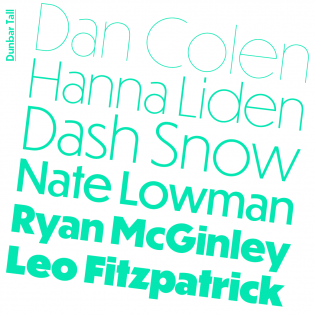 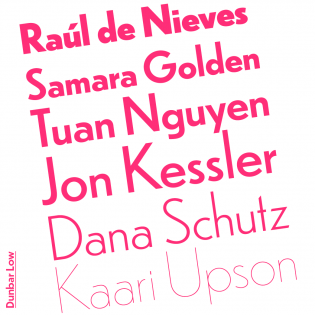 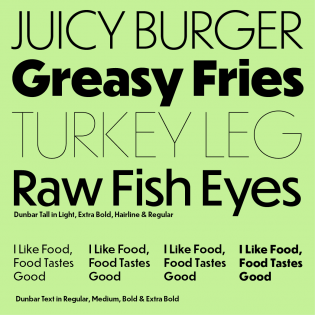 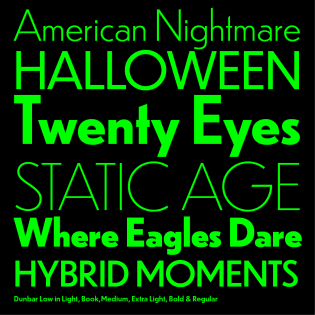 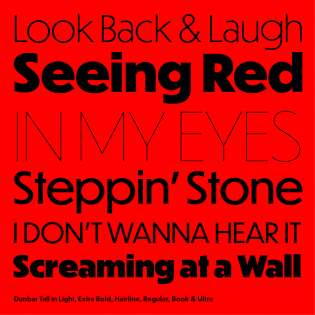 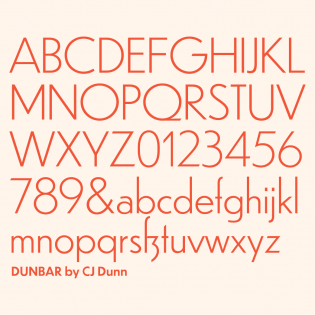 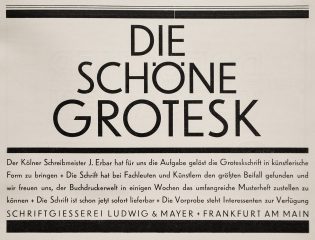 Fig 1: An early ad for Erbar-Grotesk in Archiv für Buchgewerbe und Gebrauchsgraphik, vol. 64, no. 2, Leipzig 1927. Seen here: Set II with the low x-height; light weight in the headline and regular as text face. Note ‘ß’, ‘&’ and the ‘tz’-ligature. 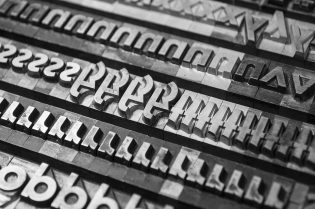 Fig. 2: You have to love that ‘ß’! 48 point fette Erbar-Grotesk (bold) available at the letterpress workshop p98a in Berlin. 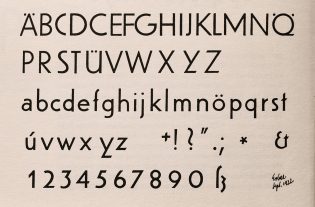 Fig. 3: Although Jakob Erbar allegedly made first sketches of what was to become Erbar-Grotesk in 1914, the earliest known drawings are this complete alphabet dated September 1922, documented in Walter Tracey: Letters of Credit. A view of type design, London 1986, p. 92 (with kind permission from the collection of Toshiya Izumo, Berlin).

Fig. 4: Above are the first three weights of Erbar-Grotesk. The bottom weight should have been labeled “fett” (bold) instead of “halbfett” (medium). Source: Buchgewerbe und Gebrauchsgraphik, vol. 64, no. 2, Leipzig 1927, p. 26. Below: Comparison of their x-heights in proportion to the capitals. 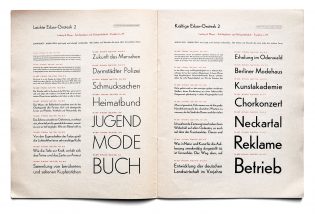 Fig. 5: The two sets came in two weights each: leicht (light) and kräftig (regular). They were meant for both body text as well as display sizes. (Source: Specimen of Ludwig & Mayer, “Die schöne Erbar Grotesk”, with kind permission from the collection of Erik Spiekermann, Berlin.)

Fig. 6: Long before Erbar-Grotesk, Hermann Hoffmann’s Reklameschrift Block for the Berthold type foundry was equipped with various weights, ranging between light and heavy, as well as different widths. Watch how the height of the lowercases “jump” in the respective weights. Hochblock (1926) was an addition with the extremely low x-height proportion. Note: All scans made from original metal type proofs in 36 point. While Hochblock and the related Berliner Grotesk were Berthold in-house designs, Block mager was drawn by Louis Oppenheim. 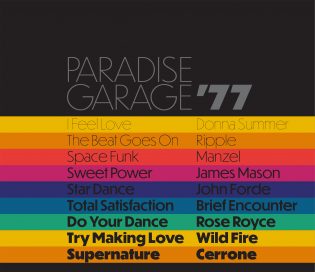 Fig. 8: Screenshot of my desktop while I explore CJ Dunn’s “interpolation error” alongside the “correct interpolation”.