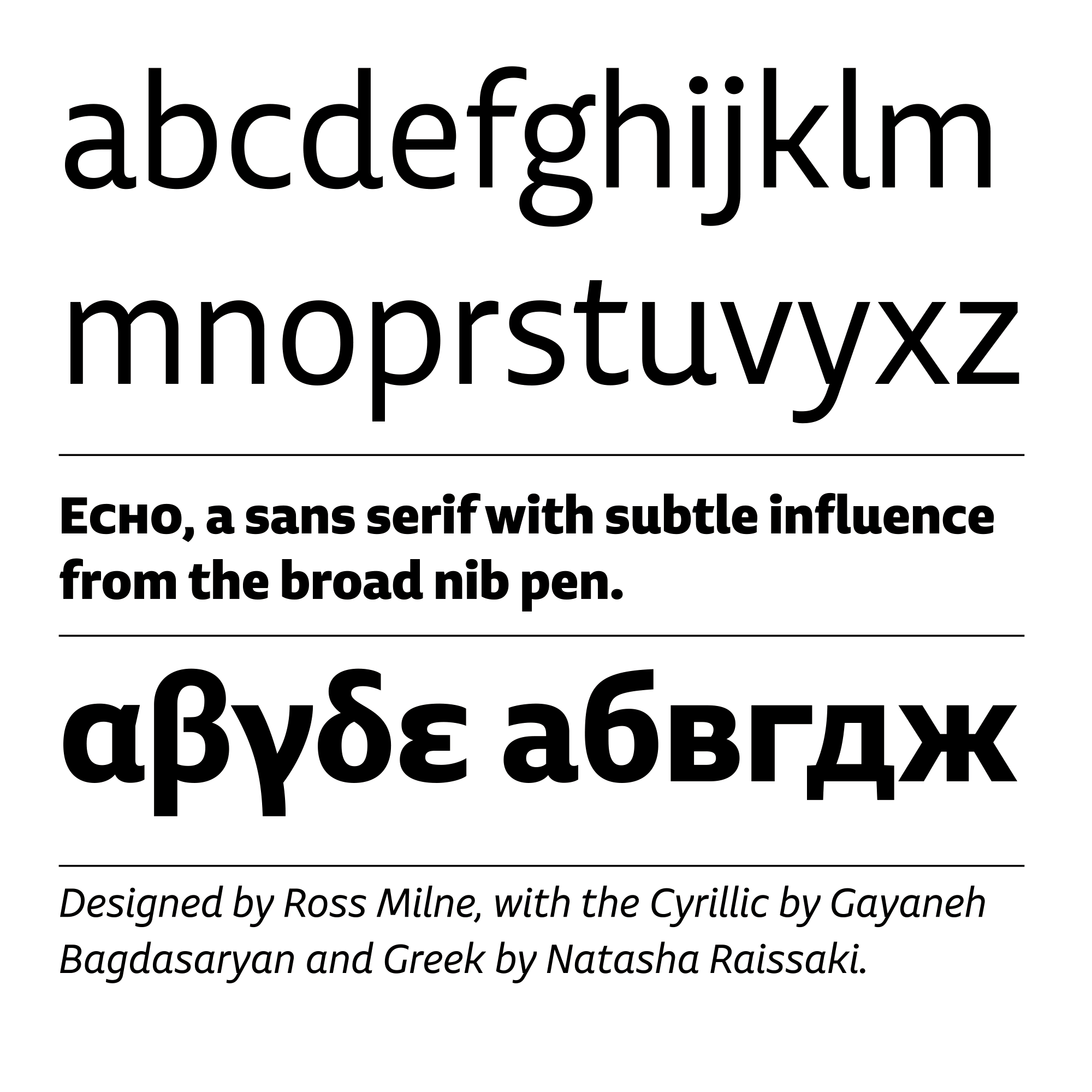 Ross Milne’s Echo, a complement to his seriffed Charlie, is rather sensibly given its own name rather than merely inheriting offspring status. This is not Charlie “sans” anything. In Echo, we do not get a pared-back derivative. Instead, we meet with an equally interesting sibling.

Bearing a family resemblance, but with enough good looks and charm to hold its own, Echo avoids the blandness of the neutral sans by allowing the calligraphic influences in Charlie to gain more traction. The swing of the outstrokes at the baseline seems to speak more loudly in Echo, thrust into center stage without serifs for company; the subtle notches in the strokes carefully add interest to the forms while never becoming overwhelming or distracting.

The speed in the forward lean of letters like the uppercase and small-cap ‘B’s and lowercase ’t’ hew to the rhythm established in Charlie, although this energy is somewhat calmed in Echo. With the slow, wide curves of the ’s’ and the stabilized lowercase ‘w’, Echo has a more relaxed and pragmatic aura than its seriffed sibling. In the italics, I do miss the jolt of energy from the cursive ‘k’ and ‘x’ in Charlie, but these simplified forms again ultimately contribute to the sense that this family is more about being straightforward and speaking with crispness and authority than about creating a neutrality that risks rigidity or sterility.

With its narrow proportions, low-contrast open forms, and five durable weights in two styles, Echo provides a consistent, friendly, and legible visual language. This seems particularly well-suited to wayfinding and information design. Discretionary ligatures and stylistic sets equip the typographer with enclosed numerals and arrows, and the inclusion of an extensive range of icons by Josh Nychuk rounds out the range of purposes to which this family could be put.

The scale of the family, which also includes small caps, a full set of tabular, proportional, lining, and oldstyle figures, along with fraction parts and small letters, allows for complex typesetting. Couple this with the functionality and range provided through the well-balanced Greek by Natasha Raissaki and Cyrillic by Gayaneh Bagdasaryan and you have a powerhouse worthy of the Typotheque stable. All in all, Echo packs a punch, and its subtle quirks ensure that this workhorse has legs.

Aoife Mooney holds an MA in Typeface Design from the University of Reading. She has over seven years of type design experience, having worked as a full-time typeface designer for Hoefler & Frere-Jones before becoming a freelance typeface designer and consultant for Frere-Jones Type and Google since moving to Ohio in 2013. She is an Assistant Professor at Kent State University, where she researches, writes about, and teaches type design, typography, and graphic design. 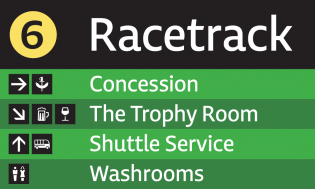 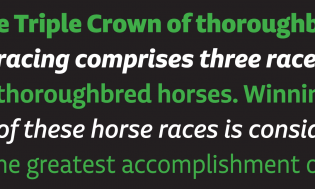