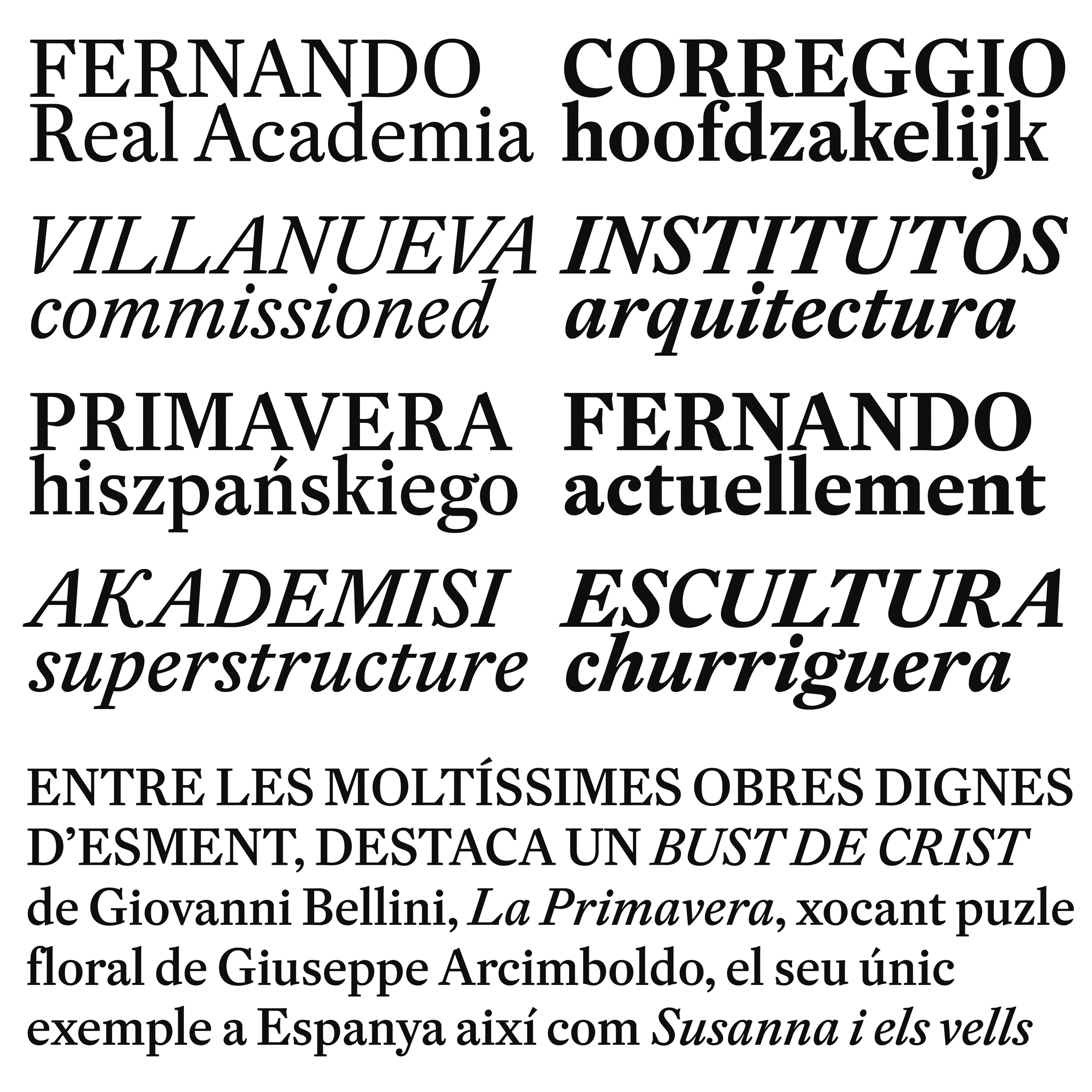 Eudald News is a new set of four additions to Mário Feliciano’s previous interpretations of faces by the 18th Century Spanish punchcutter, Eudald Pradell. The fonts form a handsome quartet: diverse in scope, yet sufficiently tame for newspaper work. The series demonstrates a scholarly appreciation of contemporary readers’ tastes in Spain & Portugal. In this sense, Feliciano has done his homework well, collecting and dissecting Eudald Pradell’s output.

When creating italics, Pradell exercised a rather mature restraint for his day. Unlike other 18th-century Spanish punchcutters, Pradell paid less attention to flamboyance and individuality. By today’s standards, his italics appear to be “more compatible spouses” for his roman cuts.

Supplying an adequate, but purposely limited, spectrum of appropriate newsface styles to newspaper designers was one of Feliciano’s aims. In the Eudald News series, we see dramatic differences from one style to the next. We also see that Feliciano understands the things that help give a newspaper typographical sophistication. By letting the particular virtues of each font play out within the harmonious foursome, he has covered a lot of classical Iberian territory in terms of both eye appeal and historical sensitivity.

John Downer, an accomplished sign painter, show card writer, and letterer, helps to keep the hand-driven crafts alive by demonstrating to captive audiences around the globe. He has also designed typefaces for Bitstream, Emigre, the Font Bureau, and House Industries.