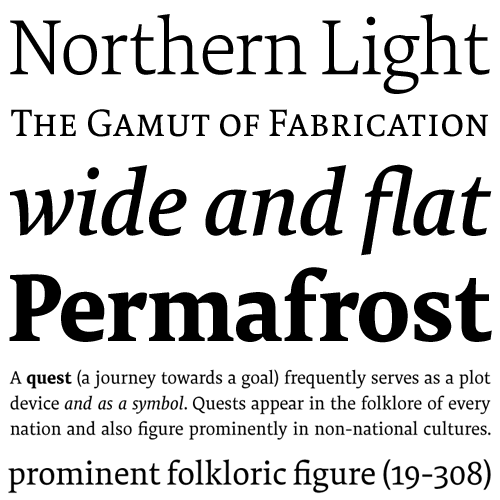 Design too insistent on calling attention to itself, Gerard Unger once remarked, can turn readers into lookers. Yet he was quick to point out that details matter in running text: noticing them, however fleetingly or unwittingly, allows readers to come up for air and put things into perspective. What we call “reading” is, in fact, a constant negotiation between looking and reading.

Ludwig Übele’s new text family, FF Tundra, not only recognizes this tension but actively harnesses it. Übele challenged himself to design a face tuned to the vicissitudes of editorial use: a face whose overall tenor was horizontal, thus pulling readers’ eyes and attention over long stretches of text, but whose compact­ness would suit it to headlines, subheads, and columns. Horizontality can be reliably achieved through width, but verticality implies a certain narrowness. How to combine countervailing impulses — detail and line, noticing and immersion, stock and flow — into a single system? Übele managed it by simplifying and opening rather than complicating and closing.

He narrowed the forms — but he also raised the x-height, rotated the stress slightly off-axis, carved open counters, softened contours, and made open and flat terminals that gently angle outward so letters interact instead of marching discretely one after the other. By keeping shoulders fairly broad and heavy rather than attenuated and by weighing letters down with sturdy, symmetrical serifs, Übele concentrated color at the midline and baseline, further emphasizing movement along the horizontal axis and tempering the economy of the individual forms. Compact ascenders and descenders intensify this effect. The result is a flexible, low-contrast face that will not only shine in the context for which it was primarily intended, but could also be a striking option for other challenging environ­ments, such as wayfinding programs.

More is at stake here, though, than an elegant solution to a challenging design problem. Until recently, the set of possible destinations for a typeface was relatively predictable. But surfaces have proliferated. Text appears in more places, and in more configurations, than it ever has before. Crossing myriad platforms is key; planning for unpredictability is smart. Designs that can withstand a wide gamut of destinations and fabrication techniques will thrive. A typeface that can perform while impressed on different papers at small point sizes, set large and light for headings or even signage, inscribed, extruded, etched, projected, viewed at various resolutions on disparate screens? Winner. 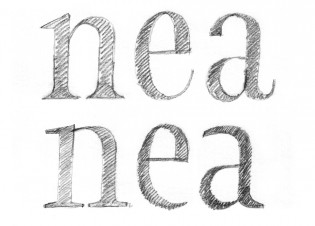 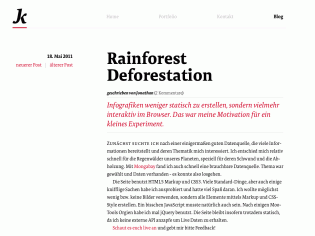 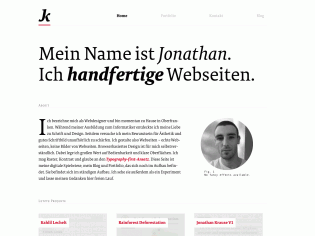