Complimenting Erik Spiekermann for Fira Sans, his latest typeface, seems a little like telling the Iron Chef that he really knows how to cook. Yeah. Duh. We might even ask whether Fira has an unfair advantage over other fonts from 2013, because it’s built on the adamantium-plated skeleton of FF Meta, which Spiekermann has had 25+ years to polish (see also FF Meta Serif and FF Unit).

Though the design may be familiar, Fira is still notable for the circumstances of its birth. It was commissioned by the Mozilla Foundation for the Firefox OS and released under the SIL Open Font License. So let’s give the Mozilla Foundation credit for understanding that type is a valuable asset, putting a suitable budget behind the project, and hiring someone who knows what he’s doing — just as Microsoft did in the ’90s when they commmissioned Verdana and Georgia from Matthew Carter. (Let’s also recognize designer Ralph du Carrois for his work on the project.)

Though the OFL permits modifications, I don’t think of Fira as an “open source” font because it doesn’t invite contributions. It is a finished work. (Indeed, the Fira repo shows no changes to the fonts since they were released last September.) When the Iron Chef serves dinner, you don’t ask for the ketchup.

But Fira can be freely redistributed. This was an essential feature for me as I was redesigning the docu­ment­ation for the Racket programming language. Because Racket is licensed under the LGPL, I could only use libre fonts. Fira offers the pleasure and utility of Meta, with the flexibility of an open license. What’s not to like?

Ask the libre-font curmudgeons. Roughly, their view is that libre fonts damage the market for proprietary fonts, because they legitimize knock-offs of popular designs and erode the perceived value of type.

Oh, really? With Fira, Spiekermann has taken his own proprietary design — and not just any design, but Meta, a longtime bestseller — and created a libre version. If the curmudgeons were right, this irrational act should’ve destroyed the market for Meta and weak­ened the market for similar faces. But it didn’t. Meta remains high on the sales charts. Other popular sans serif fonts have remained popular. So let’s get over it: libre fonts and proprietary fonts can peacefully coexist because they serve different market needs.

Fira is also the latest evidence of an overlooked fact about libre fonts: that most of the good ones are being made by designers of proprietary fonts.

Don’t take my word for it. We have data. Google pub­lish­es cumulative web-usage figures for the 657 libre font families on its servers. As of Jan 23, 2014, and consistent with the 80/20 rule, the top 100 fam­ilies accounted for over 80% of the total webfont views.

Let’s consider the traffic generated by those 100 families. If we look only at families made by type designers primarily involved with proprietary fonts, we see that those families account for 75% of that traffic. Designers who focus on libre fonts account for only 25%.

We needn’t read too much into this fact. Let’s simply say that it debunks a favorite theme of libre-font fanatics, which is that libre fonts are changing the rules of type design. No. They’re not. In fact, good libre fonts and good proprietary fonts are more alike than different, because they embody the same design virtues: precision, diligence, care. Standards still matter.

That shouldn’t be a surprise: it’s been true across the whole libre-software ecosystem for 25 years. Standards matter because user expectations are consistent. For instance, libre operating systems have to be as good as the proprietary alternatives or no one will use them. The same is true of fonts.

It also reminds us that good libre fonts aren’t easier or cheaper to make than good proprietary fonts. As usual, there is no free lunch. With Fira Sans, the difference is that a rich relative is picking up the check. In the Iron Chef’s kitchen. Thank you, Uncle Mozilla. Arigato, Erik. 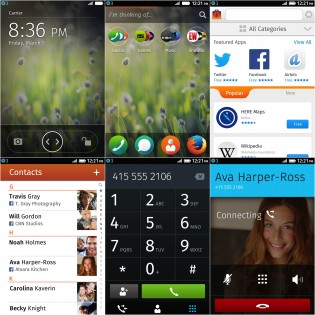 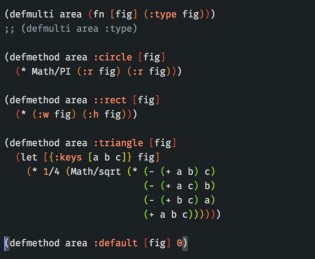 Fira Mono at work in a coding environment. Image by Nikita Prokopov.