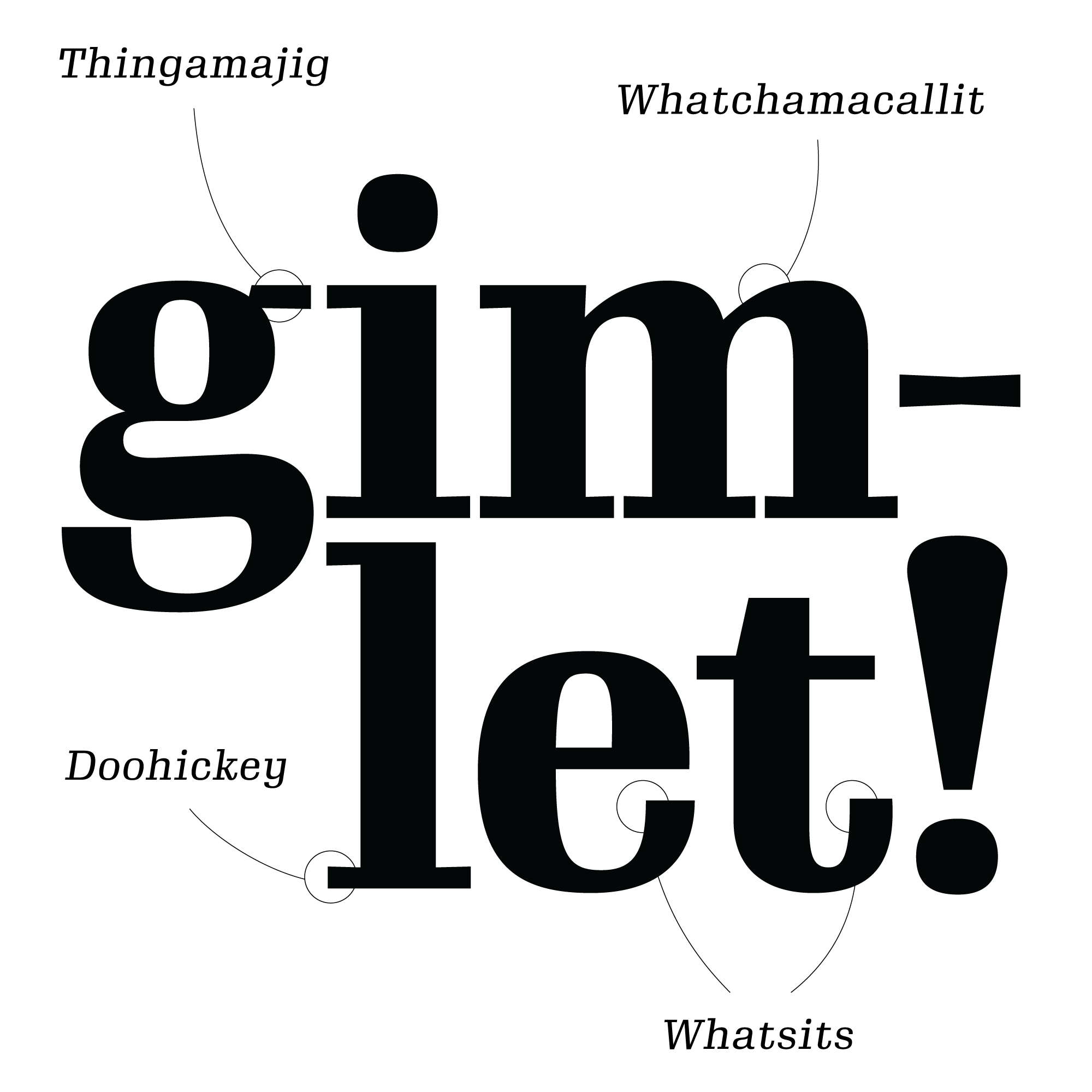 Don’t let recent political events taint the name or overschadow the remarkable work of the German designer Georg Trump (1896–1985). I’m pretty sure that Georg and Donald aren’t related. Georg is primarily noted for his gorgeous typeface Trump Mediaeval but, in my opinion, Schadow is his most unique design. It’s an extremely odd slab serif that, some seventy-five years later, would serve as the foundation for David Jonathan Ross’ Gimlet.

2016 was a big year for Trump. Not only was Gimlet released, but so too was Susana Carvalho and Kai Bernau’s Algebra (a reworking of the 2010–11 typeface Granger), which was also inspired by Schadow. Algebra is also a truly great family — some might say it’s even more practical and usable than Gimlet — but I’m drawn to the sheer quirkiness and expansive scope of the latter. (I also love the name, as the gimlet was my drink of choice for a few years. Moreover, the name is aptly fitting, since Ross describes the design thus: “a little tart, a little sweet, and can really pack a punch”. SPOT ON!)

In Gimlet, Ross has taken the core ideas from Schadow’s small-but-oddly-uncoordinated family (just six styles/fonts in total) and unified everything into one new, massive, cohesive, and contemporary family. Gimlet features 112 fonts — five weights, four widths, three optical sizes, and all of that in upright and italic styles. This collection is so diverse that as a typeface designer I’m impressed and intimidated, and as a type user I’m super excited! But don’t let all this talk of quantity trump the quality of the letterforms and spacing — which are utterly impeccable. Ross is truly one of the most remarkable, youngish typeface designers today. (See his other work to fact-check this claim!) I fear this unbridled enthusiasm/fawning could cause you not to take me seriously. But one need not be a typographic pundit to appreciate the beauty of this design. I implore you to have a look for yourself to see just how awesome Gimlet really is!

Rob Keller is a type designer living in Mumbai, India. You can see his work over at Mota Italic and at his blog at You Should Like Type Too. 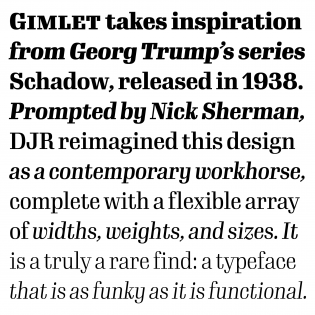 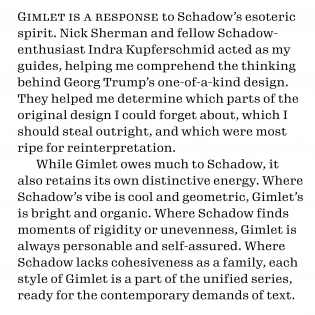 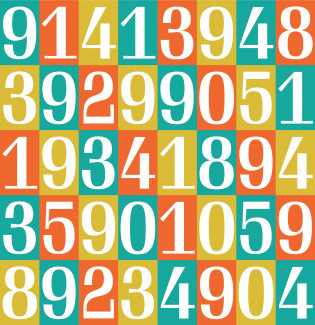 Gimlet as a responsive family