Thomas Thiemich’s Gustella revisits the extreme-reverse-contrast types that first appeared in the early nineteenth century and formed a small but memorable genre of display typography. It joins a number of recent designs inspired by their example — among them David Jonathan Ross’ Manicotti (2006), Tortellini (2019), and Megabase (2020), as well as Peter Biľak’s Karloff Negative (2012), Kris Sowersby’s Maelstrom (2014) and Maelstrom Sans (2019), the heavier weights of Nikola Djurek’s Tesla Caps (2015), and Pedro Leal’s Oposta (2016).

But unlike these other designs (except perhaps for DJR’s Megabase), Gustella reflects more strongly the genre’s revival and further formal exploration in the countercultural — and, specifically, psychedelia-inflected — aesthestics of the 1960s and ’70s. Thomas notes specifically the influence of Bob Newman and Philip Kelly’s Zipper (1970). But Gustella would also be at home alongside designs like Walter Haettenschweiler’s Strada (1967), Aldo Novarese’s Sintex (ca. 1970), Bernard Jacquet’s Jackson (1971), André Pless’ Lucky (ca. 1972), and Karl-Heinz Domning’s Beat Star (1972).

What sets Gustella completely apart from its predecessors and its contemporaries, though, is how thoroughly Thomas explores the formal possibilities of the genre to expand its capacity for typographic composition and contrast.

The Gustella family includes four styles designed around four different methods of drawing the heavy strokes: Solid, Striped, Inline, and Boxed, each of them in four weights. Increasing or decreasing weight doesn’t change the outside dimensions of the letterforms in a style. What changes instead are the widths of the joining strokes and borders between and around the larger positive shapes of the letterforms, and — in the Stripes and Inline styles — how those larger shapes are filled. Because the metrics across all of the weights and styles are identical, designers can easily recombine the forms by oversetting them. Thomas has also separated his designs into layered versions to allow designers to color them individually. There are stylistic sets for alternate initial, finial, and mirrored diagonal forms of many of the glyphs, an open-contour version of the Stripes style, and a version of the Inline style that reassigns some glyphs’ thin defining strokes to the fill contours.

Another appealing feature of Gustella is its spatial complexity. In his design notes on Maelstrom, Kris Sowersby cited Rob Roy Kelly’s observation regarding one of Gustella’s ancestors, Debow’s Italian (ca. 1837): one of the signal features of extreme-contrast letterforms is how expressive the relationships are between figure and ground (on their own, that is, independently of the value of the glyphs). Gustella’s Solid and Inline styles emphasize these relationships as much as their nineteenth-century precursors did. But in the Striped and especially the Boxed styles — my personal favorites — many of the strokes can be read to define either negative or positive shapes. The figure-ground relationships become more ambiguous, and that ambiguity extends even to whether we’re looking at curves and planes in two or three dimensions. This visual play is particularly strong in the Arabic glyphs, which were released in late 2020. (Thomas has begun work on Cyrillic, Hebrew, and Greek glyph sets as well.)

A prerelease version of Gustella was a winner of the twenty-second TDC Typeface Design competition announced in 2019. No surprise there: Thomas’ typefaces are a set of rigorously designed, extensive, and genuinely fresh explorations of a flamboyant genre, seriously playful or playfully serious depending on mood or message. The copy accompanying Type By’s web specimens for Gustella calls the eye-catching collection “a very specific cherry on the pie”, and that’s true. But there’s a lot of pie underneath the cherry as well.

I’m grateful to the editors and contributors at Fonts in Use for sharing and curating lots of examples I could consult for background and context. I also relied on the following sources for perspectives on Gustella’s genre, influences, and significance: 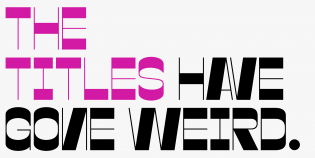