Hesse Antiqua is a titling face that, like a particularly fine wine, is best reserved for special occasions. These are letters that can lend a sense of dignity and permanence to titles and inscriptions.

Created by Gudrun Zapf von Hesse in 1947, these confident caps were designed specifically for stamping, often with gold leaf, into the sumptuous leather of casebound books. Zapf von Hesse saw herself primarily as a bookbinder, although she taught herself calligraphic writing from the manuals of Edward Johnston and Rudolf Koch. Later, she went on to study type and lettering under Johannes Boehland, a former student of Emil Rudolf Weiss, and she created many works as a scribe and lettering artist. She has also designed several typefaces, most notably the stylish Diotima.

Hesse Antiqua shows more Koch than Johnston, particularly in the very narrow B, P, and R, with the diagonal of the R drawn straight and beginning firmly left at the dominant stem. These features recur frequently in German types between 1920 and 1950. They are found in Koch Antiqua, as well as in the lettering and type designs of E. R. Weiss and his students, such as Boehland and Elizabeth Friedländer.

Although at home in its originally intended setting — leather bookbindings — other uses of Hesse Antiqua by imaginative designers surely lie in its future. Despite their age, these are not stuffy letters covered in the dust of typographic history. The characteristics of brass stamps and leather bindings led the designer to create dynamic and truly interesting forms. I admit I don’t understand the presence of the singular reverse-contrast S, a character that conformed to the other letters in the original pencil drawings, but it seems to avoid being bothersome.

The digital Hesse Antiqua was released in time for Gudrun Zapf von Hesse’s 100th birthday. Under her direction, the original complement was digitized by Ferdinand Ulrich and expanded with small caps and diacritics.

Mark Jamra is a type designer and recently retired professor of graphic design at Maine College of Art in Portland, Maine. He has designed and produced typefaces for over 35 years, and runs TypeCulture, a digital type foundry and educational resource. He is also a partner of JamraPatel, a type design studio specializing in typefaces for the writing systems of under-supported language communities in the US and abroad. 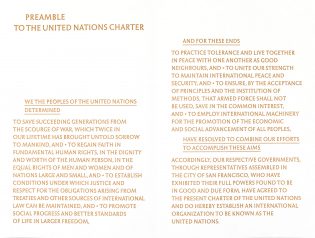